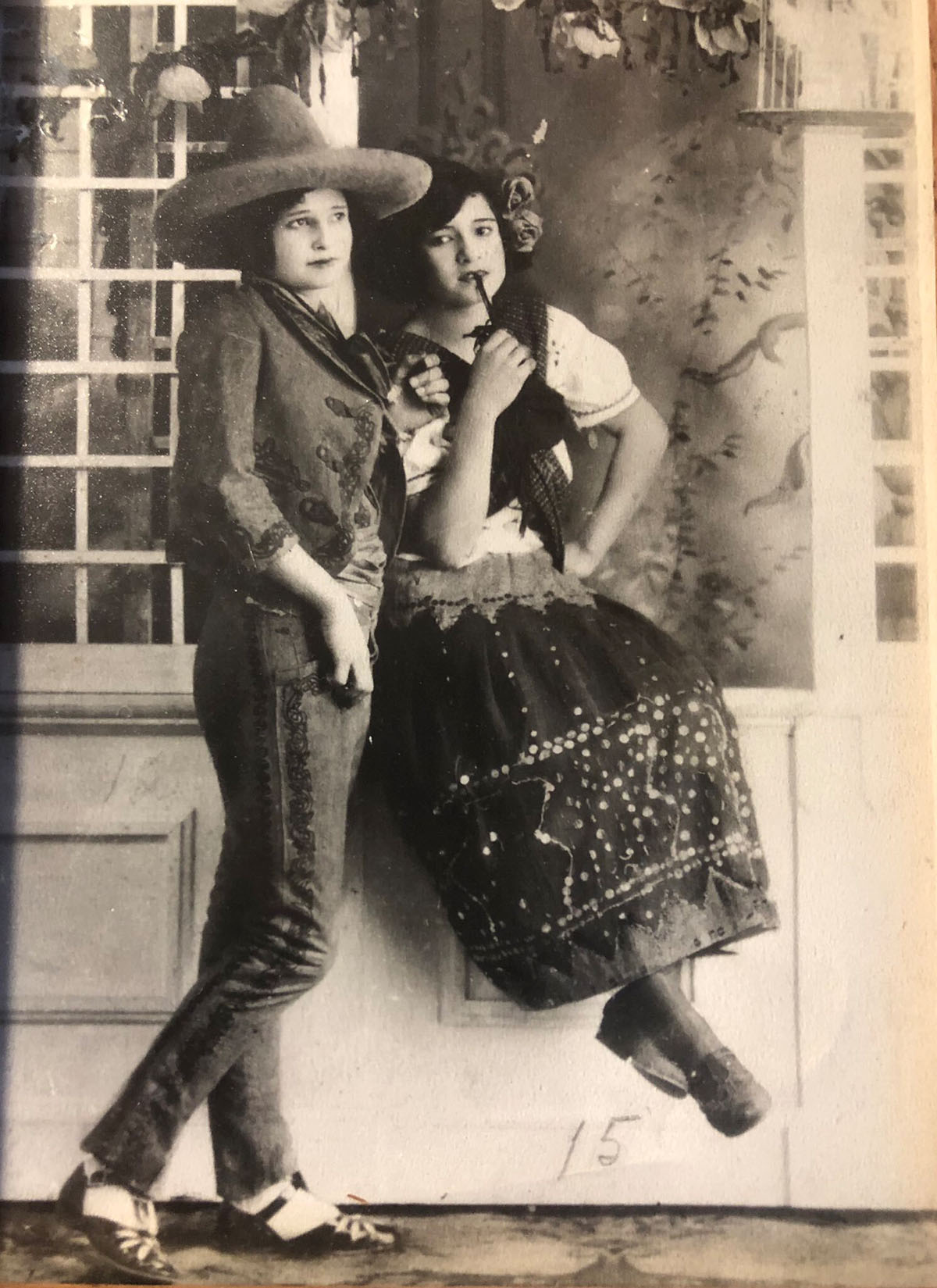 The Carrasco Sisters—Carlotta, left, and Esther—gained regional fame as a teenage musical duo in the 1920s in Canutillo, their small hometown just north of El Paso. Dancing and playing guitar and drums, they performed at the Julimes Theater, which was owned by their father, Fernando Carrasco. Fernando featured entertainers from as far away as Dallas, Houston, and Mexico, including Lorenzo Barcelata, a Mexican composer most famous for his song “Maria Elena.” Donna Marie Miller, an Austin-based author, sent in this photo, which the Carrasco Sisters gave her when she interviewed them in 1990 for the El Paso Times. By then, Carlotta Villescas and Esther Heldt were in their 80s and widowed and divorced, respectively. They lived next door to one another in Canutillo until their deaths in the first decade of the 2000s.