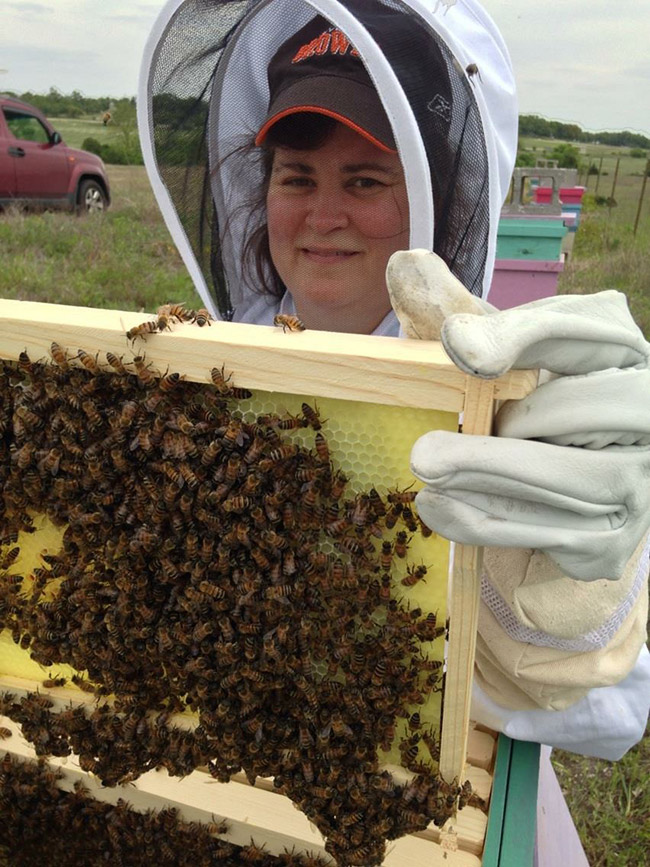 When Dodie Stillman started to recognize her growing fascination with the art of beekeeping, it was just that. But there’s a Texas Highways connection that propelled her into the beekeeping world four years ago. Now, this weekend, she is showing her blue-ribbon honey at the State Fair of Texas.

The State Fair of Texas runs Sept. 30-Oct. 23. Visit the Honey Booth in the Food and Fiber Building at the State Fair of Texas. There, you can learn about beeking, see bees at work in an observation hive and see how much variety there can be in honeys. There also will be honeys for sale.

If craving honey, go local and find local beekeepers’ products at a farmer’s market near you.

Her husband, Kevin Stillman, a photographer for Texas Highways, had an assignment to shoot during one of the classes hosted by Round Rock Honey. Dodie jumped at the chance to be his assistant.

“Kudos for Konrad Bouffard and his team that put on this class. It’s awesome that he is exposing beekeeping to so many people, and sharing the benefits and good reasons for keeping bees,” Dodie says.

“I started going to the Williamson County Beekeepers group and learned so much. I spent about 6 more months just going to the meetings and conferences even before I had bees.

“I started to find out more, took Round Rock Honey’s advance classes and starting going to the Williamson County Beekeepers group and learned so much. I spent about 6 more months just going to the meetings and conferences even before I had bees. Since there were no bees involved, Kevin was cool with that.

“Surprisingly, after I took a couple of classes and told my mom and dad that I was going to be a beekeeper, they said that, in fact, both of their fathers kept bees.” 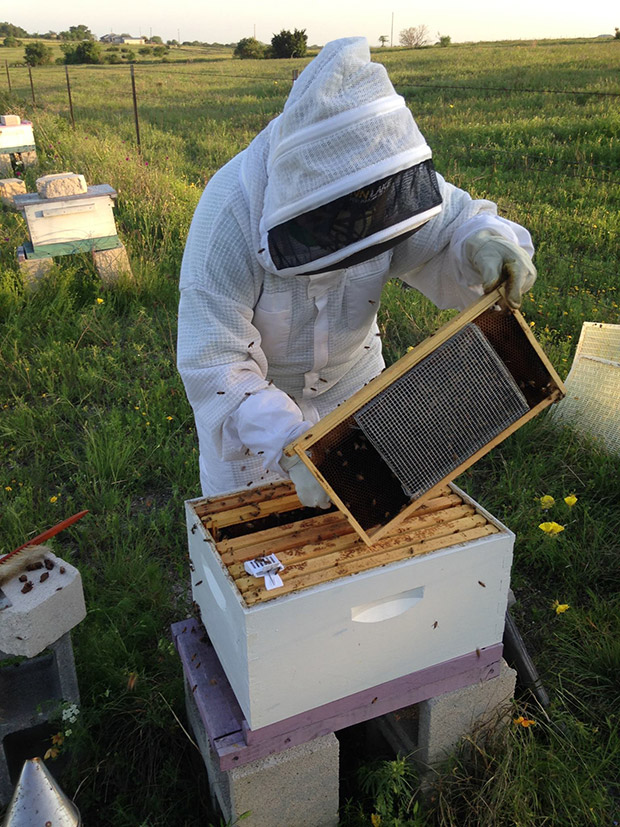 If you’re going to get started, you need honey bees, of course, which Dodie says should be ordered in December or January to secure an early spring shipment. She suggests buying local honeybees. “It’s best to buy bees that are use to your climate,” she says, adding that in an emergency case, she bought a queen bee from Hawaii.

Her husband indulged her hobby by giving her start-up supplies as Christmas gifts, including hive boxes.

A friend, who has ranch property in Wahlberg, has allowed Dodie to keep her hives there.

“Most every county has a beekeepers’ club, and they have honey tastings. For the past four years, I haven’t had enough honey to show. For me, it’s more about bees, not honey. After all, the bees are trying to make honey for themselves, not me, so it felt like it would be stealing.”

She has enjoyed harvesting the beeswax/combs. “We got a whole lot this year, too, so I’ve been melting and cleaning that. I’m going to make lotions, chapsticks, and maybe some candles.

But this past year was a great year. It rained when it was supposed to and the weather has just been perfect, so she had lots of honey. Enough to finally have something to bring to the beekeepers’ meeting. The first time was certainly a charm as her honey earned her one of the 7 blue ribbons that qualified it for her entry at the State Fair.

Because so much of the flavor is determined by what bees eat, there are so many flavor varieties. Taste only counts for 15 percent of a winning honey’s total score. Other factors such as brightness, consistency and even how flawless the jar is matter, too.

If you told Dodie, a few years ago, that she’d be clamoring for a blue ribbon at the State Fair, she probably would not have believed you, she jokes. All entries are blind tasted as Dodie goes up against many other worthy contenders.

Dodie is a hobbyist beekeeper with about 5 hives. As more time becomes available and the children are more on their own, she anticipates she may get up to 20 hives. Until then, she is working toward her Master Beekeeping Certification, which she jokingly calls “another level of insanity,” but it opens up opportunities for her to speak about beekeeping to groups. She has created an educational bee hive and enjoys being an advocate for beekeepers. 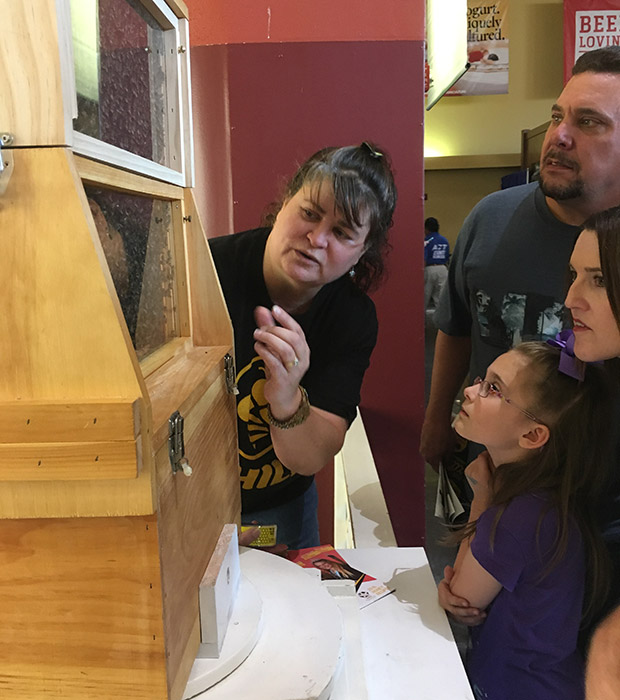 You can find her the first weekend of the State Fair, volunteering at the Honey Booth, where you can learn more about beekeeping.

If bees scare you, start with Mason or Blue Orchard bees because they don’t sting.

One honey bee makes 1/12 of a teaspoon of honey its whole life. They work hard!

Buy local. Farmers Markets options are likely to not be filtered, pasteurized, and local honey help with allergies.