The six-hour miniseries Lonesome Dove first aired in February 1989 while I was taking an evening painting class in Fort Worth. My fellow students and I usually didn’t pay much attention to the television in the studio, but that evening we couldn’t focus on our still-life lesson. As retired Texas Rangers Capt. Augustus “Gus” McCrae and Capt. Woodrow Call rode off on an epic cattle drive from Texas to Montana, they took us along, too.

Those of us who couldn’t snag a ticket to the gala can still participate in the celebration through a “Lonesome Dove Trail” of events that continues through late July.

Anyone who hasn’t seen the four-part miniseries (or wants to see it again) can watch it for free, under the stars, on a large movie screen in Fort Worth’s Sundance Square.

One by one, we set aside our paintbrushes and gathered around the TV. Our instructor ended up canceling the class and joining us. We figured we still got an art lesson because Lonesome Dove painted such unforgettable portraits of people and Southwestern landscapes.

Twenty-seven years later, Gus and Call are back in their saddles, if only figuratively. On March 31, the Wittliff Collections at Texas State University in San Marcos will round up the Lonesome Dove cast and crew for a big-ticket gala in the historic Fort Worth Stockyards to celebrate the 25th anniversary of the TV miniseries. (Yes, the math is a bit off, but it took a while to get the cast and crew to commit to a date.)

Tables to the gala went for $10,000 and $25,000 and were sold out by last October. A spokesman for Texas State University said that stars Robert Duvall and Tommy Lee Jones have committed to attend the reunion, as have other cast members, and that proceeds will benefit the Wittliff Tomorrow Fund, a reserve fund to continue building the collections.

Those of us who couldn’t snag a ticket to the gala can still participate in the celebration through a “Lonesome Dove Trail” of events that continues through late July. These include museum exhibitions, screenings of the miniseries, panel discussions, and a symposium. Many of the activities are free, but you’ll need tickets for some events. Most will take place in Fort Worth.

The Sid Richardson Museum in Fort Worth serves as the “trailhead” for the celebration with Lonesome Dove: The Art of Story, an exhibition that runs through June 19. It includes paintings and bronze sculptures by Frederic Remington and Charles M. Russell—some that have never been displayed together before—along with a cowboy’s diary from a cattle drive in 1868 and production materials from the miniseries.

In February, an exhibition of Lonesome Dove costumes, props, sketches, and photographs called Bullets and Bustles opened at the National Cowgirl Museum and Hall of Fame; it runs through April 17. More photographs, these taken by Wittliff himself during the miniseries production, are on view next door at the Cattle Raisers Museum through April 17. 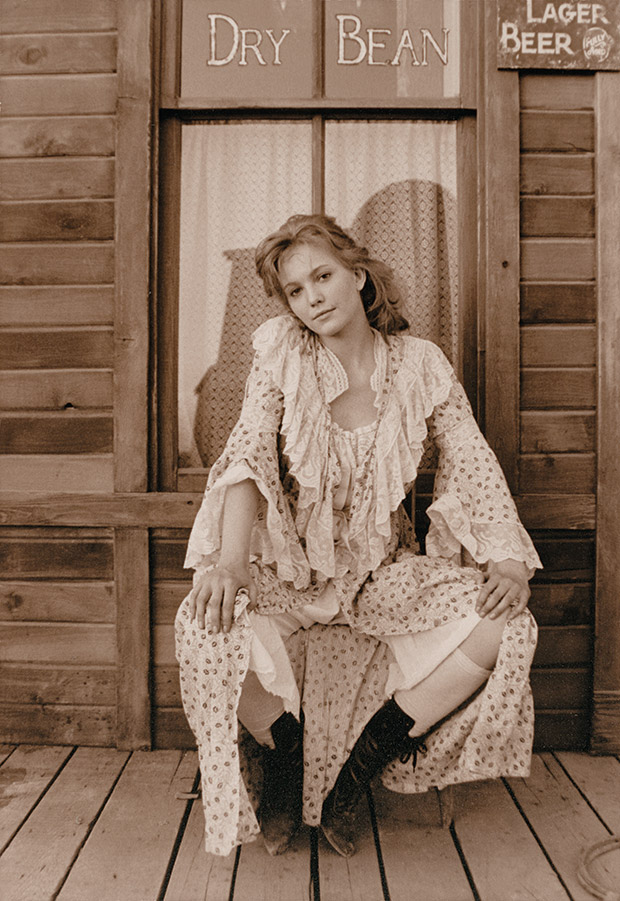 Anyone who hasn’t seen the four-part miniseries (or wants to see it again) can watch it for free, under the stars, on a large movie screen in Fort Worth’s Sundance Square. The first two parts screen on March 28, with the third and fourth parts unfolding on March 29. Wittliff and actor Barry Corbin, who lives in Fort Worth and portrayed the bumbling deputy Roscoe Brown in the miniseries, will hold a question-and-answer session before the second showing.

Cast members, crew, and filmmakers will reminisce and tell behind-the-scenes stories in panel discussions held at Texas Christian University, the Amon Carter Museum of American Art, the Fort Worth Library, and Bass Performance Hall in Fort Worth on March 30 and 31. The events are free, but will require tickets.

The final two events will be held in April. An exhibit called Lonesome Dove: Highlights of the Wittliff Collections opens at the Old Jail Art Center in Albany on April 30 and runs through July 23. It will include costumes, props, photographs, and other items from the miniseries.

On April 2, a day-long history symposium on the topic of “Vaqueros, Cowboys, and Cowgirls: Texas Cattle Trails to the World” unfolds at the Fort Worth Library from 10:30 a.m. to 4 p.m. Presented in partnership with Texas State University’s Center for the Study of the Southwest, it will feature historians Frank de la Teja, Byron Price, Joyce Roach, and Richard Slatta.

Wittliff calls Lonesome Dove a “true American experience” with characters that people can identify with. “Qualities like bravery, friendship, and humor matter to us,” Wittliff says, “and we like to see those qualities in other people.”

The reunion and trail events give people an opportunity to revisit the Lonesome Dove characters Gus and Call, as well as Clara, Lorena, Elmira, and others. “People can take whatever part of it they most identify with,” Wittliff says. “It’s a way for them to be on the trail with those who made it.”

It’s also a way to experience the Lonesome Dove story from so many different perspectives. Like a favorite painting viewed from new angles, it becomes a fresh work of art.