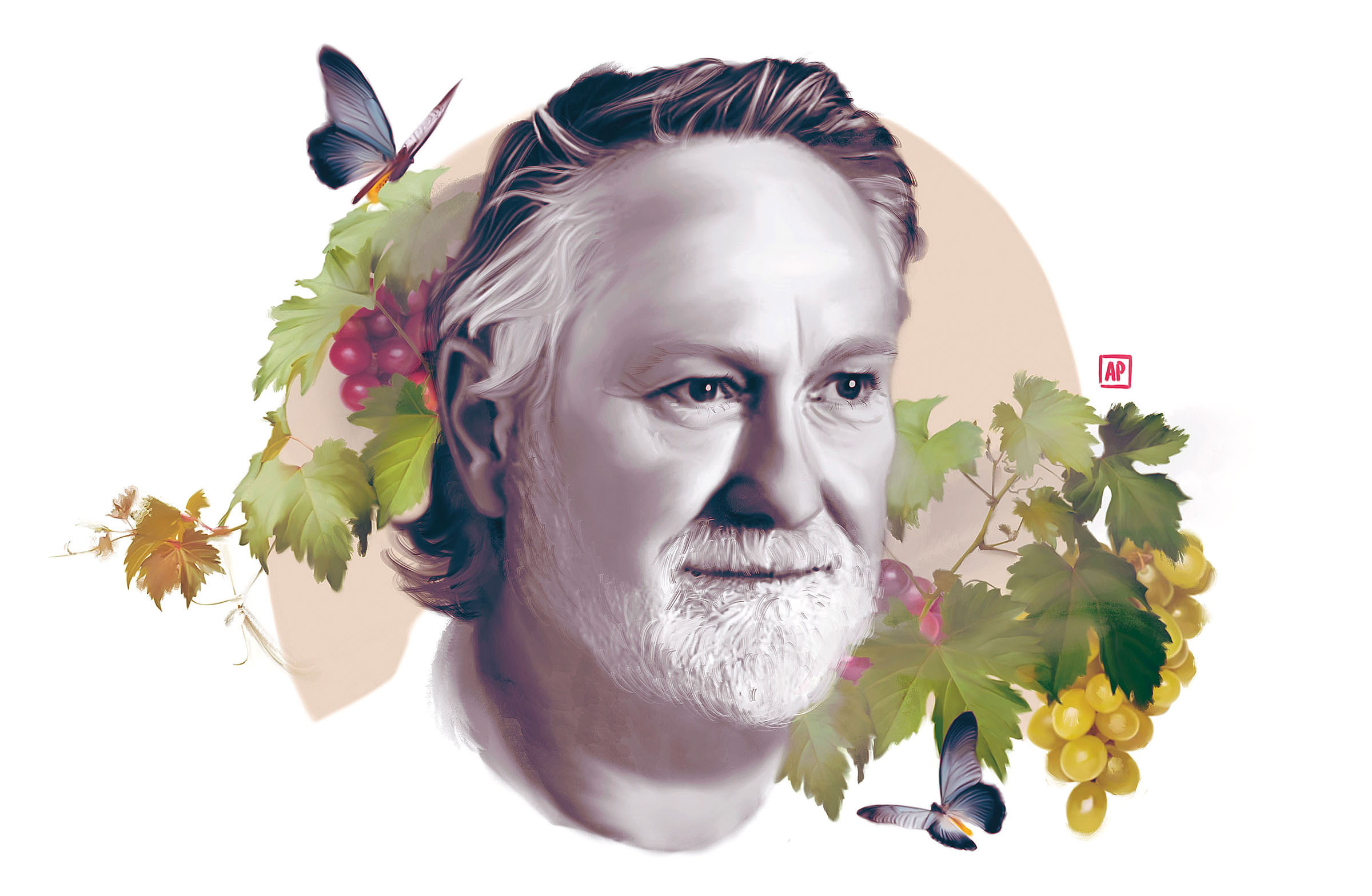 After studying grape-growing and winemaking in California, Kim McPherson returned home to Lubbock in 1979 and began crushing grapes at his father’s winery, Llano Estacado. McPherson had a head full of ideas about how to make better Texas wine, and when he began producing his own, he stuck to a simple, but novel, philosophy of “planting to the soil.” He believed Texas vineyards should focus on growing lesser-known grapes suited to Texas soils and climate, rather than trying to imitate the wines of famous regions like California’s Napa Valley or France’s Bordeaux.

McPherson found an enthusiastic partner for his vision in his father, Clinton “Doc” McPherson, one of the founding fathers of modern Texas viticulture. Formerly a chemistry professor at Texas Tech University, Doc first planted grapevines in Lubbock County in the 1960s with his colleague Robert Reed, a horticulture professor. In 1976, after finding success in a basement winery, Doc and Reed opened Llano Estacado, the second permitted winery in Texas since Prohibition and the second-oldest still operating.

While many think of the Hill Country when it comes to Texas wine, most of the state’s grape-growing takes place in the High Plains. Kim works with growers around Lubbock to produce wines made from red-grape varieties like sangiovese, mourvèdre, and tempranillo; and white grapes like viognier and albariño. Not nearly as well-known as cabernet sauvignon and chardonnay, they’re the kinds of grapes Kim has championed for decades to better distinguish Texas wines on the world stage.

Doc passed away in 2014, but Kim continues his father’s work, not only at McPherson Cellars’ winery and tasting room in Lubbock, but also in making Texas—the country’s fifth-largest wine-producing state—more recognizable in the wine industry. “My dad wanted Texas wines to become a force, like California wines,” he says.

TH: Texans have long made wines from wild grapes and fruits. Why are your father and Reed considered pioneers?

KM: My dad and Bob Reed are acknowledged as the founders of the Texas wine industry as a result of their work with Vitis vinifera [the most important winemaking grapevine species, which previously had little success in Texas]. But my dad made fruit wines as a college student in the dorms, from peaches or other fruit. He had a lot of repeat customers.

TH: What is the story behind those grapevines your father first planted?

KM: I believe they were left over from a campus research project during the 1950s. Bob and Doc took cuttings and planted them between 1962 and 1968 around Bob’s patio and at what is now McPherson Cellars’ estate vineyard—Sagmor, in southeast Lubbock. At first, they were merely seeing if the vines would grow in the High Plains, and they didn’t actually know what kinds of grapes they had. Those vines yielded fruit up until 1975, when I helped to replant that vineyard.

TH: Around 80% of Texas wines come from High Plains grapes. What makes that arid area of the Panhandle good for vineyards?

KM: The High Plains is more optimal for grapevine production due to the climate, such as the humidity and the diurnal shift, the extreme changes in temperatures between the days and nights. We’re more like one of the great wine areas of Spain called the Ribera del Duero. It’s got the same altitude, and it’s flat. Grenache, mourvèdre, and carignan do well in the Ribera, and they do really well here. It’s pretty down there in the Hill Country where a lot of new guys are setting up—really beautiful. In the last 10 years, the quality of most Texas wines, wherever they’re made, has gotten a lot better, [and] the use of varietals has gotten better. But they still have to come up here to get their fruit.

TH: What’s the biggest challenge to overcome as a High Plains winemaker?

KM: Getting the grape growers to grow the right kind of fruit. It’s just my opinion, but if we were making different wines than Washington and California—if we were doing more tempranillo and carignon and less cabernet sauvignon—then people would look at us differently.

TH: What is the most important grape in Texas wine production today?

KM: The grape that I hang my hat on is sangiovese [a red wine grape]. We were the very first growers in the state of Texas to plant sangiovese, in that Sagmor vineyard, in 1982. McPherson Cellars still produces Sagmor Sangiovese. Sangiovese makes beautiful wine. As a state, we’re going to have to grow odd stuff, like sangiovese, grenache, carignan, cinsault, some syrah, and grow them well. It all comes down to quality. You can buy a Texas cabernet, but why would you when Napa and Sonoma are perfect for that?

KM: If we do it right, it’s the grapes we use. If I were to go out of state on a sales call and bring a cabernet or merlot, I wouldn’t get the time of day. But I show them mourvèdre—Texas mourvèdre—and people start looking at us differently.

TH: What is the biggest challenge facing the Texas wine industry?

KM: Fruit. We want more of these other varietals [suitable to Texas conditions], and that’s starting to happen. Climate change definitely impacts us. The weather patterns have changed so much. Our springs are warm, but you know you’re gonna get zapped with a late-spring frost or freeze. Plus, we’re in a drought.

TH: Did February’s deep freeze affect the quality of this year’s vineyards?

KM: The snow didn’t affect the vines, but we had a freeze in April that affected some growers. But if we can keep the hailstorms out until harvest, I think we’ll be fine.

TH: You’ve received two James Beard Award nominations for your winemaking. What do you take away from that?

KM: It just goes to show you that Texas wineries can be of great quality and high standards and show up just like any other big name in the wine business.

TH: What does the Panhandle offer for visitors interested in the wine scene?

KM: Visitors can drive to each of the six wineries in and around Lubbock, or there are various wine bus tours. We opened the McPherson Cellars winery and tasting room in downtown Lubbock in 2008 in an old Coca-Cola bottling plant. We also opened the 4.0 Cellars tasting room [now called Texas Wine Collective] in Fredericksburg in 2012. For that, I went in with Pat Brennan of Brennan Vineyards in Comanche and Gene Estes of Lost Oak Winery in Burleson to create a presence for us wineries not located around Fredericksburg.

TH: What do you think the future holds for Texas wines?

KM: I will always strive to make better overall wines and expand knowledge about what grapes grow well here. Let’s focus on those varietals. It’s what I truly believe. I hope to continue to advocate for Texas wines, and I’d like to see more wineries come together in order to broaden the exposure of Texas wines outside our state. It’s not about me. It’s about what we do to have the tide raise all the boats up.