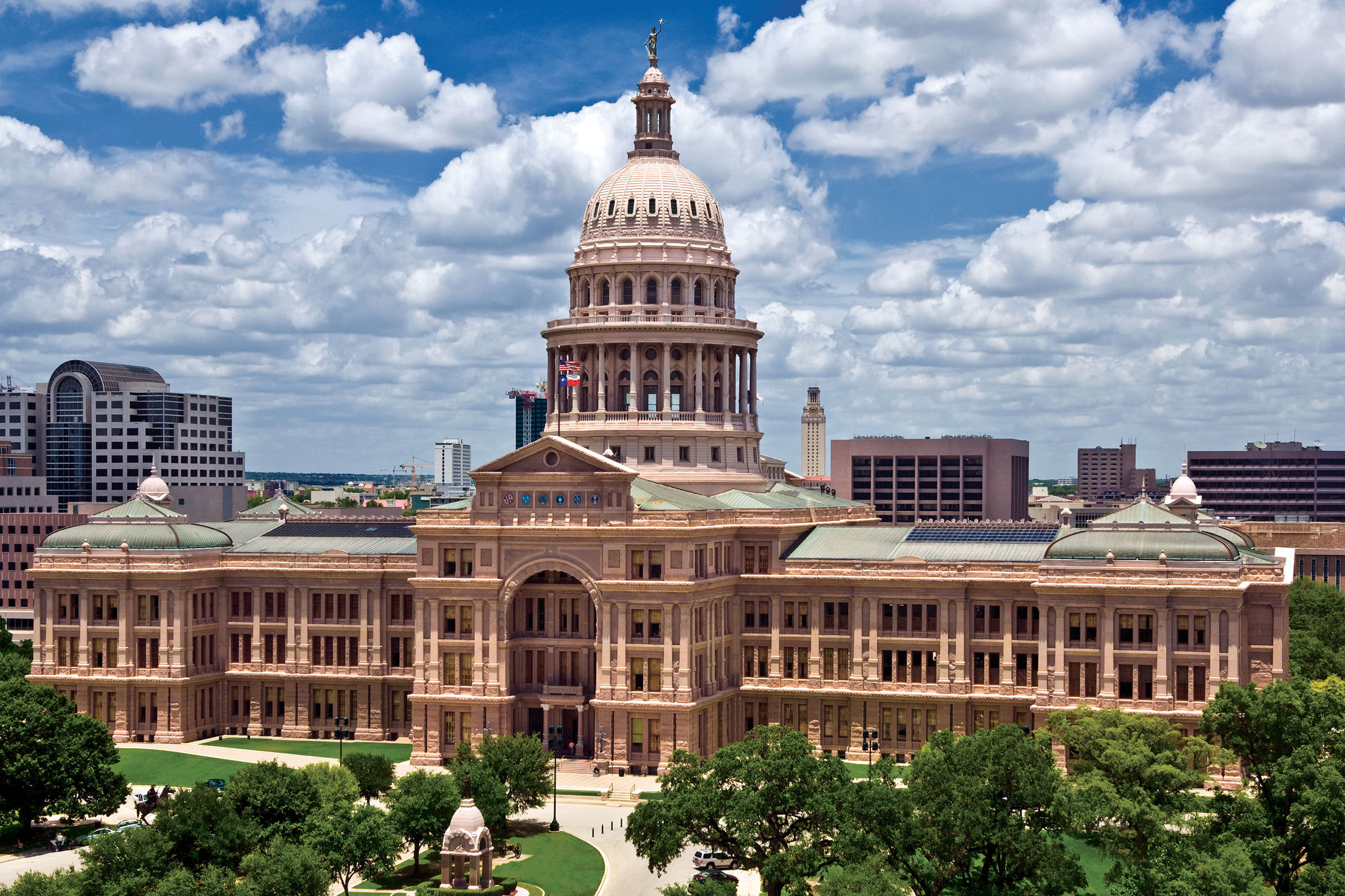 The Texas State Capitol. Photo by Stan A. Williams

The Texas Capitol is famous for the sunset red granite that gives the building its pinkish exterior, but few know that stray capitol building blocks can still be found scattered along the old railway that brought the rock to Austin. While it is absolutely worth visiting the Capitol and taking a tour, for those who can’t get there, bits of its history are scattered around Austin and the state.

Upon its completion in 1888, the building boasted 392 rooms, 18 vaults, 924 windows, and 404 doors, and to this day stands 14.64 feet taller than the U.S. Capitol in Washington, D.C. Most iconically, the building was made entirely out of sunset red granite from Burnet County, with limestone lining the inside walls. A total of 188,518 cubic feet of granite was used for the $34.7 million construction project.

Because most of the labor used to quarry the granite from Marble Falls and surrounding areas was largely unpaid prison labor, the labor cost almost nothing to source. Additionally, the rock itself was free; the owner of the land where the granite was mined donated it in hopes that it would stimulate railroad construction within the county, according to Legends & Lore of the Texas Capitol, a 2017 book written by historian Mike Cox about the history of the building. Granite Mountain, on the west side of Marble Falls, covers 180 acres of land and is still an active quarry.

The rock was cut by Scottish stoneworkers and transported on rail cars from the quarries to downtown Austin. These flatcars riding small-gauge rails often took sharp turns or rattled enough to lose a block or two along their travels. Because the rock was free, it was cheaper to just cut more than turn around for a lost block and figure out a way to lift it back onto the train; on average, the rock weighs about 168 pounds per cubic foot, according to Cox.

So, these pieces of rock can be found scattered throughout the old path of the railway that carried the granite. Cox recalls his grandfather, who was one of the paid laborers for the construction of the capitol, pointing these out to him throughout his life. “We were driving down Airport Boulevard, which at that time was just a road connecting North Lamar with the old Robert Mueller airport,” he said in an interview. “He was the one who first explained to me that those pieces of granite had fallen off the car.” 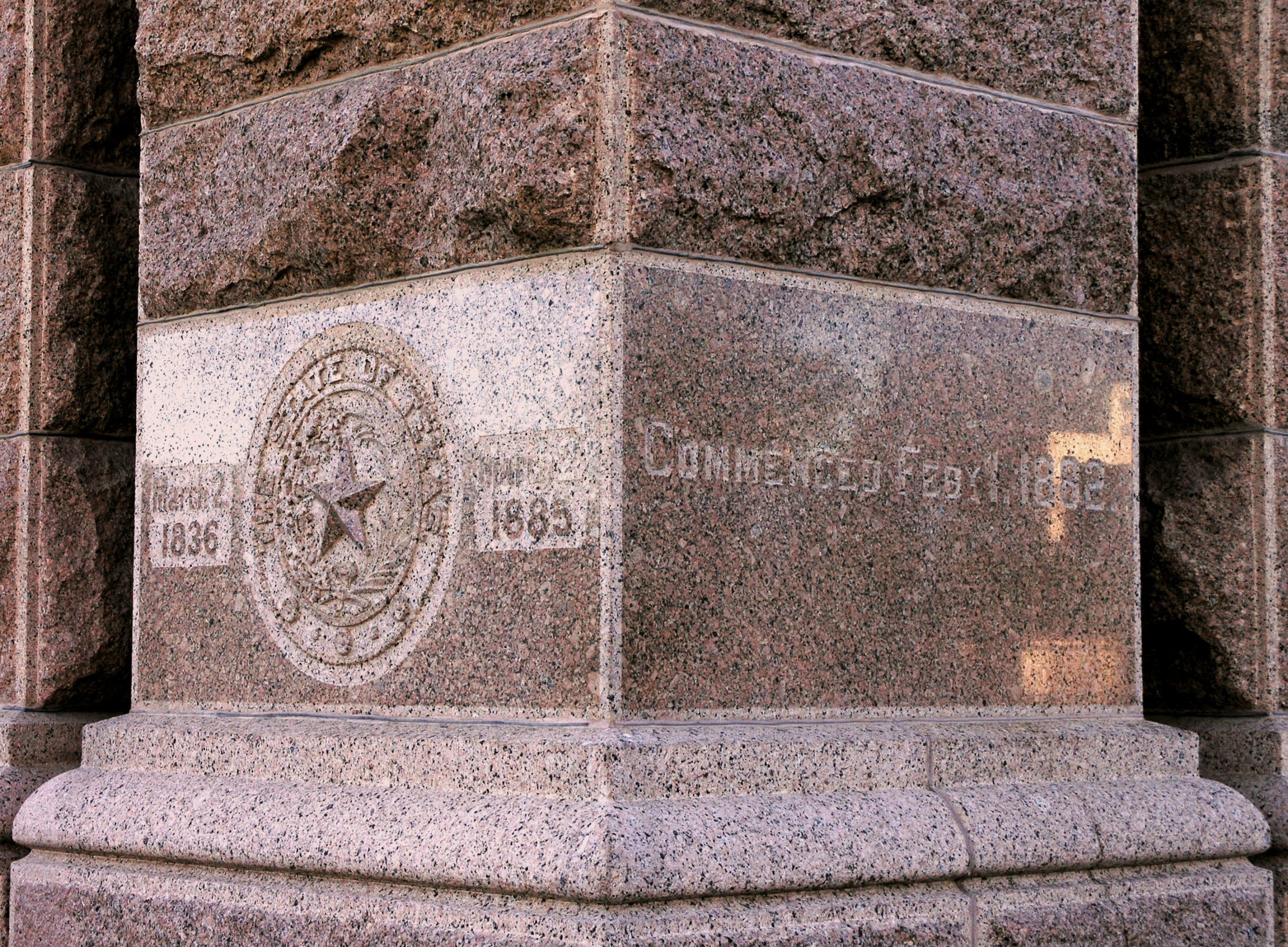 The most centrally located block can be found on 38 1/2 Street in northeast Austin, on the east side of the railroad crossing. However, although there has never been an official cleanup of these chunks of history, Cox noted that some have disappeared over time. “The only thing I speculate is that at some point this granite became more valuable, and it made economic sense for someone to remove the rock,” he said.

But for any determined explorers looking to take home a chunk of lost sunset red granite, don’t lose heart. Some rocks are still scattered along the Brushy Creek Greenbelt, while others litter the ground along the old train tracks between Granite Mountain and Burnet, and Burnet and Austin. You can also explore the outdoors and railroad history with a ride on the Austin Steam Train, which runs between Cedar Park—20 miles north of Austin—and Burnet, and follows a large portion of the route used to move the Capitol building granite in the 1880s.