The job’s more than just tasting a lot of whiskey 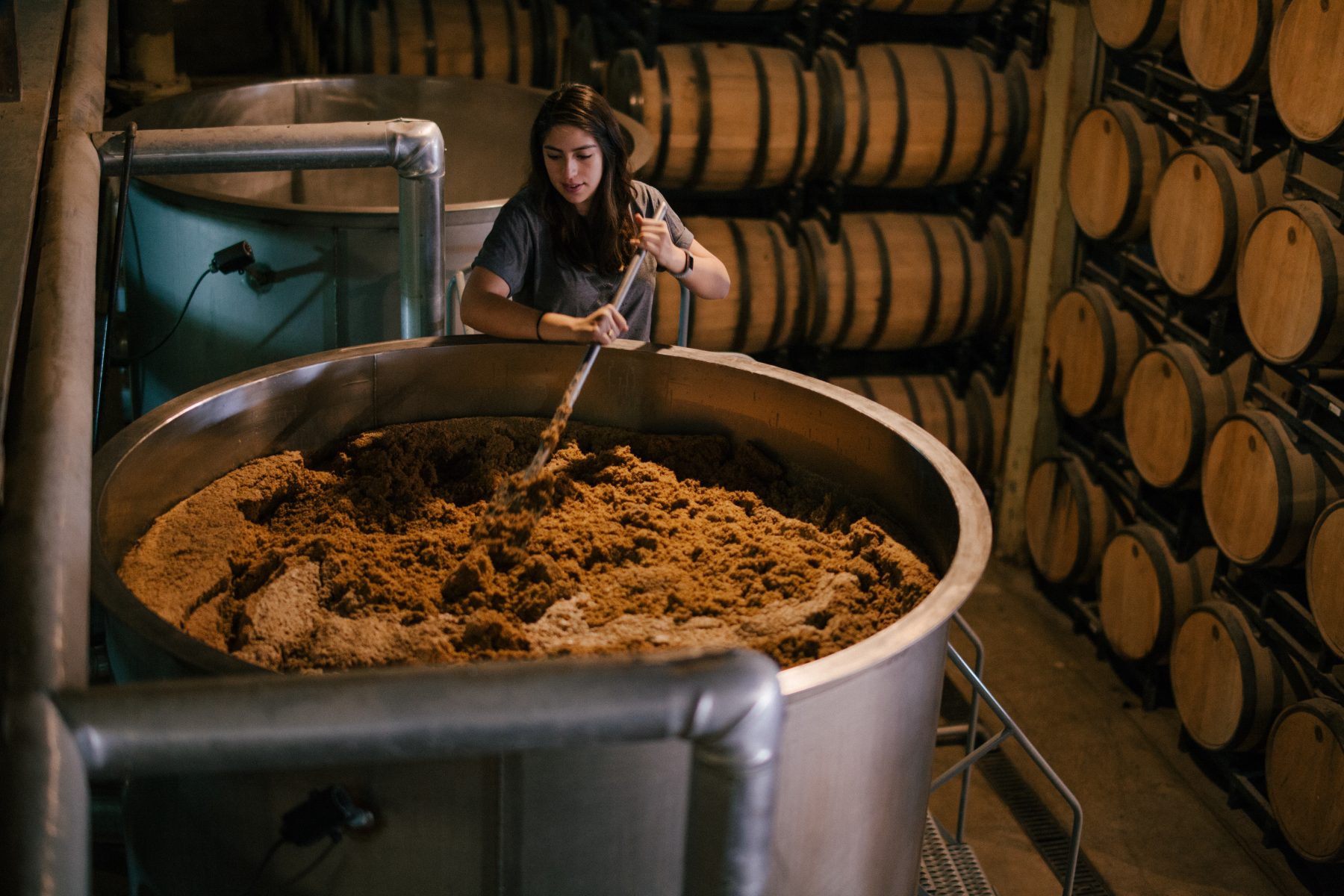 As a whiskey scientist at Fort Worth’s Firestone & Robertson Distilling Co., 26-year-old Ale Ochoa spends her days sampling and quantifying the aromas and flavors of whiskey. What that means to whiskey drinkers is that she makes sure the whiskey and bourbon her company produces is the best that it can be, whether you’re picking it off the shelf at a liquor store or sipping it at the distillery’s 112-acre Whiskey Ranch.

Being a young Latinx woman makes her stand out in an industry historically and currently dominated by men. (It’s important to note that Samantha Olvera-Moreno, nighttime distiller of Garrison Brothers, was the first woman and Latinx person in Texas to produce bourbon from grain-to-glass.)

“I didn’t realize there was a movement when I started,” Ochoa says. “I just had an affinity for working with whiskey and did everything possible to make it happen. I’m thankful for the opportunity to work in whiskey and to have other kindred spirits also join the industry.”

We spoke with Ochoa about how she became interested in whiskey, how she got her job, and why it’s important to strive for diversity in the spirits industry.

What sparked your love for whiskey?

I was in a history class [at Texas A&M University] and the professor regularly shared his travel experiences with us. One of the trips he told us about was Scotland, and hearing him talk about how scotch was different than Irish whiskey and bourbon got the gears turning in my head: How could something that had the same ingredients be so different? That question led me to study food science and, while studying, no other food or beverage product resonated with me as much as whiskey had. The more I studied whiskey, the more intricate it became, and I loved [that] a lot was unknown about the flavor development in the barrel.

How did you become a whiskey scientist?

While in school, I was working on flavor chemistry and sensory science for coffee when I was asked what my dream job would be. I said that I’d love to work with whiskey and the right person heard me and introduced me to his science-driven student, who happened to be [Rob Arnold] the master distiller at Firestone & Robertson. I had difficulty finding answers when looking into the whiskey industry for science and research careers, and I offered flavor chemistry analysis to see what congeners, [minor chemical substances], were influencing flavor in exchange for his advice and insight in spirits. This led to a masters project and a job as a whiskey scientist.

What does being a whiskey scientist entail?

What’s something about whiskey few people know about?

There’s no wrong way to drink whiskey—neat, on the rocks, mixed with whatever. Drink whiskey however is most enjoyable to you, just drink responsibly.

There aren’t many young Latinx women in the whiskey industry. Why is it important for people of diverse backgrounds such as yourself to break into the industry?

Different backgrounds bring in different knowledge and interpretations of what whiskey is and can be. I think that different life experiences, cultural backgrounds, and diversity can only make a great whiskey better. Besides, no place can unite people of different backgrounds and make friends out of strangers more quickly than a bar, and I see no reason that can’t happen in the production of whiskey.