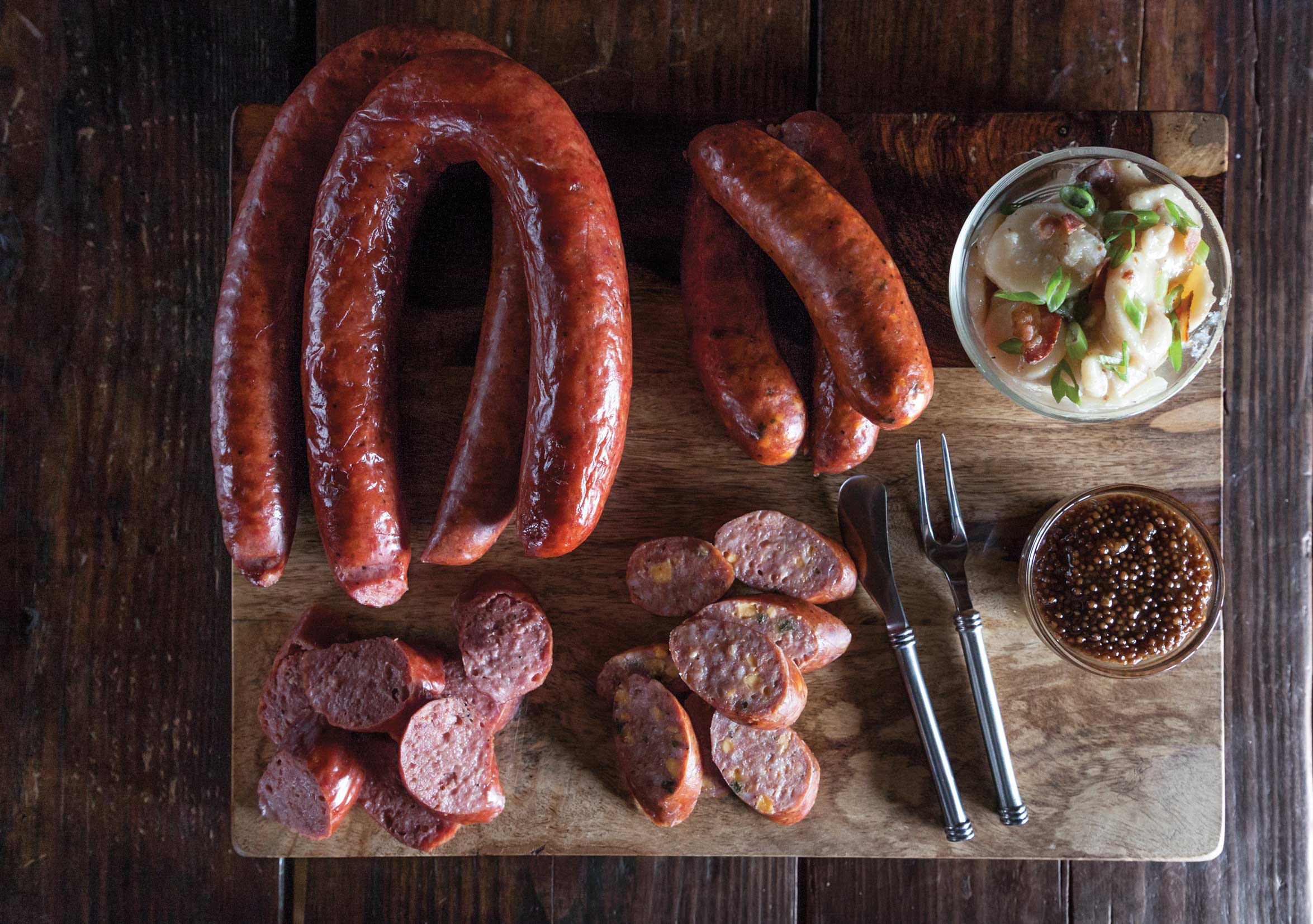 Walking into Opa’s Smoked Meats in Fredericksburg is a bit like stepping foot in your grandparents’ kitchen—especially if you call your grandparents oma and opa. Long shelves are curated with odds and ends like jars of red cabbage and bottles of vinegar, and beer steins sit next to faded drop horns, cast iron pans, and copies of The New German Cookbook. Every day, the staff sets out a large board of samples with cheese and meat, slices of sausage, and red bell peppers filled with zesty dips.

Despite selling nearly 6 million pounds of slow-smoked German sausage every year, Opa’s remains a humble Hill Country smokehouse run by the same Fredericksburg family that founded it more than 70 years ago.

The Opa’s story began in 1947 when Arno Schwethelm, a merchant and rancher from Comfort, gave a small meat market to his daughter Ruby and son-in-law Milton Edwards as a wedding present. The young couple renovated the building and established their meat market as Fredericksburg Lockers’ Inc. They made a living running their small processing plant and slaughterhouse and by renting out lockers to locals for cold meat storage. When Milton passed away at an early age in 1958, Ruby ran the business until her son, Wayne, graduated from college and moved back to Fredericksburg with his wife, Schatzie.

Wayne and Schatzie wrote a new chapter for the company in 1968, when they shed the processing plant and locker rental and launched Opa’s Smoked Meats. Paying tribute to their German heritage, they developed original recipes for smoked sausage using a blend of coarse-ground cuts of meat, German-style spices, and no fillers. They started small, introducing two styles—the Opa’s Country Blend of pork and beef and an all-beef product—and grew the business through grocery retailers in the Hill Country, West Texas, and South Texas. The company uses the same recipes to make its smoked sausage today. 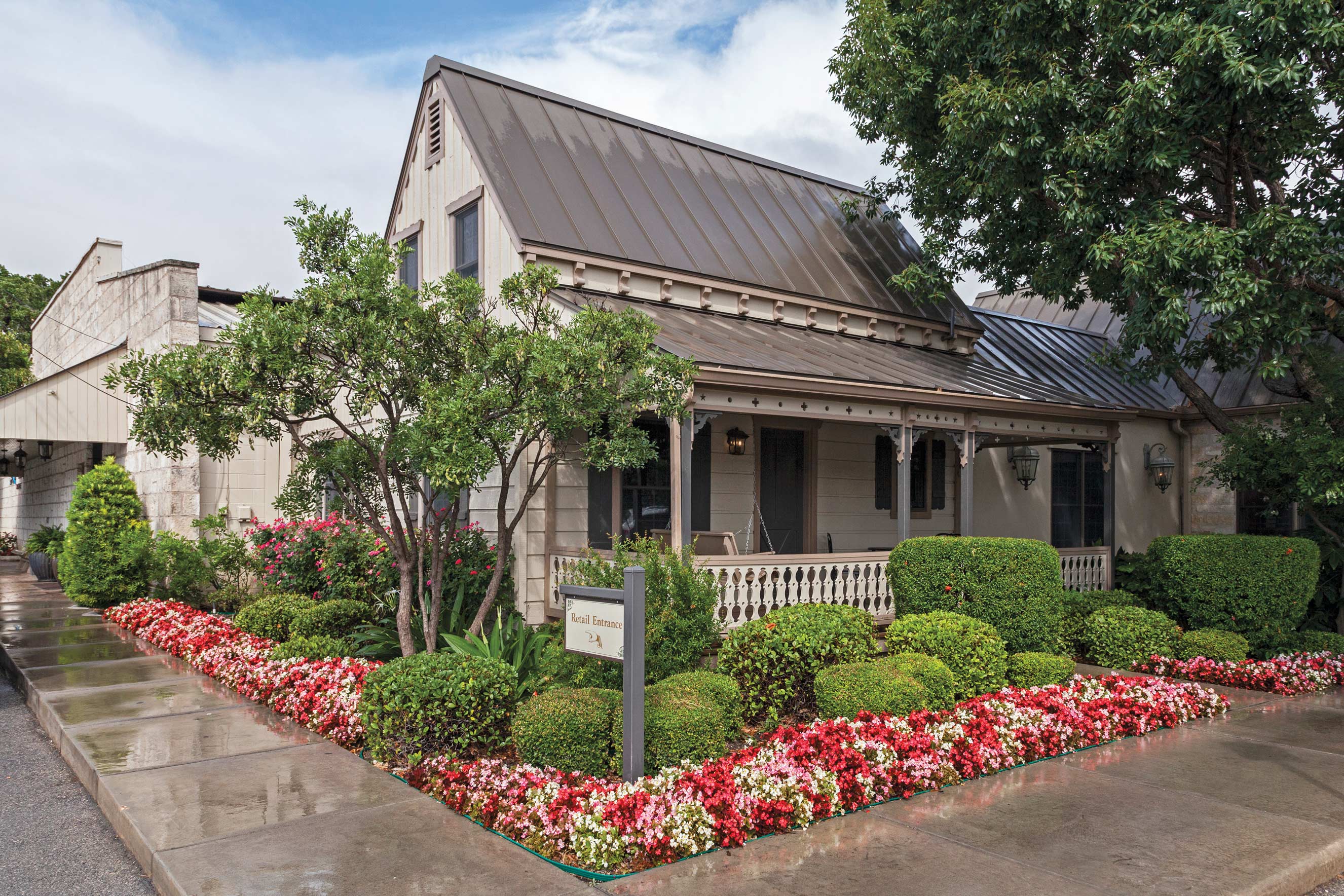 The charming exterior of Opa’s storefront.

Wayne and Schatzie’s children, Doug Edwards and Beth Redix, are now at the helm of the family business. Doug remembers playing in the Sunday house-turned-office after school as his parents worked nights and weekends to grow the operation. “It’s tradition,” he says. “There wasn’t any question about whether my sister and I would be in the business.”

As the third generation carries on Opa’s legacy, the siblings remain committed to the brand’s founding values. “Germans take great pride in the quality of things they do,” Doug says. “We’re constantly paying attention to detail and quality.” The process to make their famous smoked sausage is a lengthy one, he says: “It’s very labor intensive. We try to be as efficient as possible.”

First, they examine the raw meat for quality. Then they send it to the chopper, grind up the meat in 200-pound batches, and blend in spices and seasonings. Ice is also added to maintain a temperature of 38 degrees or below.

“Germans take great pride in the quality of things they do. We’re constantly paying attention to detail and quality.”

From there, the 200-pound tub goes to the hopper in the stuffing room, where the meat is stuffed into natural casings and sized into links of various weights and lengths. Hung on stainless steel sticks, the sausages are smoked via indirect heat for nearly three hours. They are then chilled, cut, packaged, and shipped to retailers like H-E-B or directly to customers who order online.

On the opposite side of the Opa’s compound from the processing and packing facilities is the retail shop. There, flowers and jars of peach honey, peach syrup, and dill pickles sit atop a large, round table, and Garth Brooks plays on the radio as locals come in to pick up their weekly fix of smoked beef tenders or summer sausage. Many are greeted by first name; tourists are welcomed with enthusiasm, too. 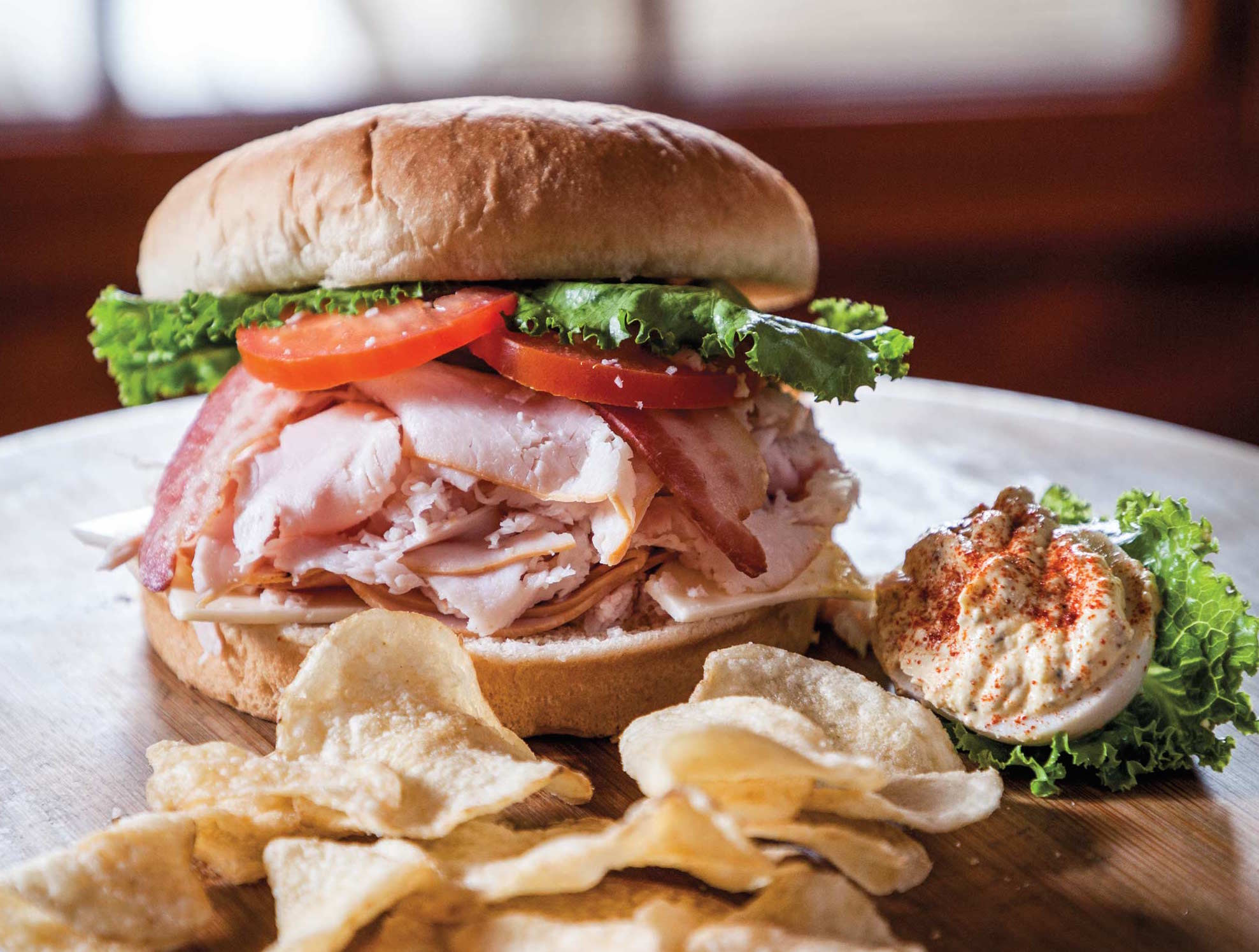 Opa’s lunch selections include its popular turkey and cheese sandwich.

While shoppers browse the selection, busy staff members weigh, slice, and wrap orders in paper. They also fix sandwiches like chicken salad or pimento cheese, perfect for picnicking at nearby Enchanted Rock State Natural Area or Lyndon B. Johnson State Park and Historic Site. Customers can tailor their sandwiches with a selection of breads like marble rye or sourdough honey wheat, meats such as Opa’s corned beef or peppered ham, and cheeses like pepper jack or provolone.

Throughout its seven decades in business, the family has continued to operate on the original plot of land, although the facilities have spread to almost an entire city block. Rising from the headquarters on Washington Street is the large Opa’s sign, boasting the brand name and a lederhosen-clad opa—or grandfather—holding a string of sausage.

The opa on this sign, and on all the family’s products, serves as a tribute to Arno Schwethelm, Wayne Edwards, and German grandfathers everywhere.