The DFW barbecue joint shares tips for a successful smoke 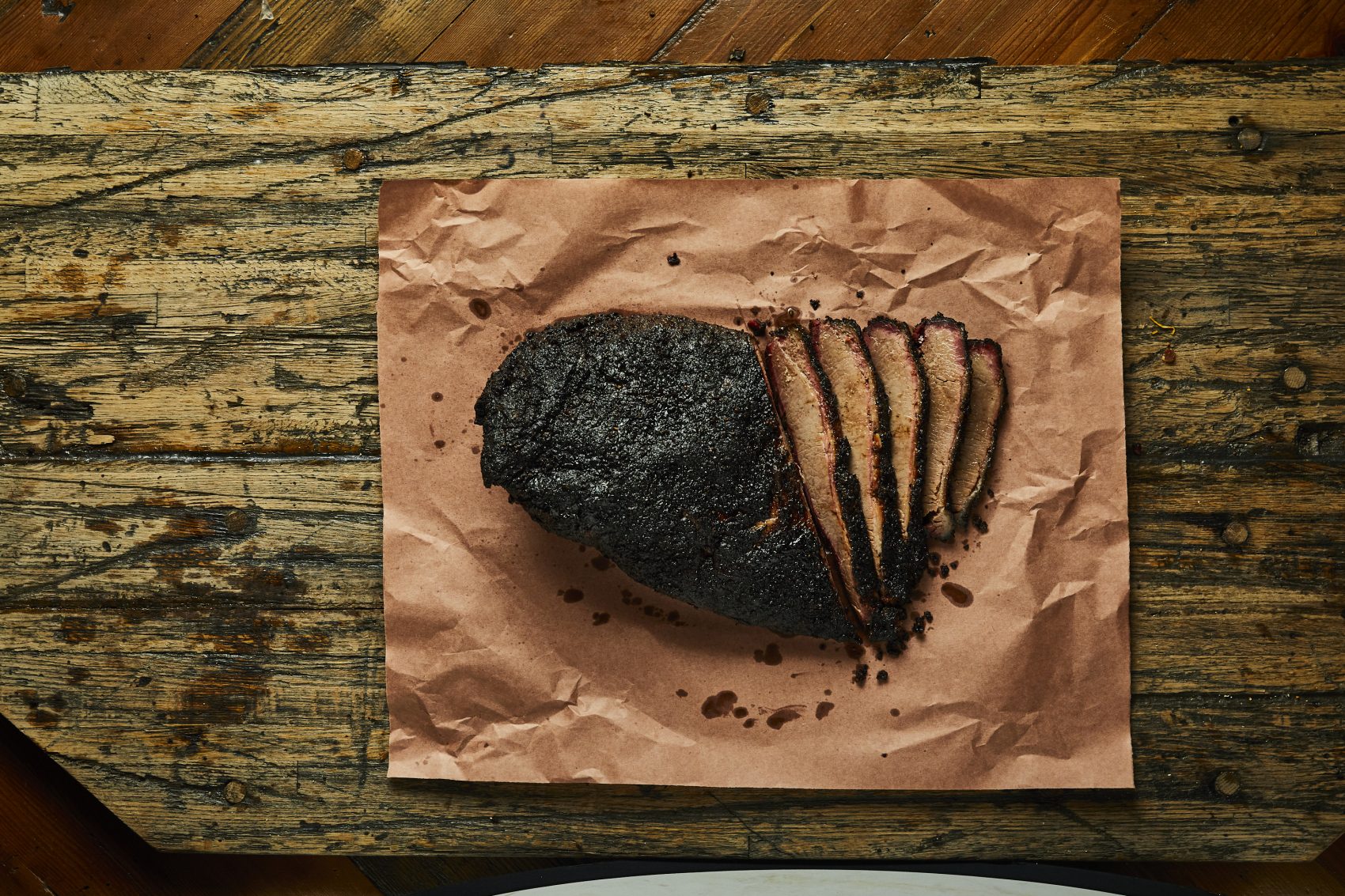 Learn how to brisket as tasty as this at home. Photo courtesy Hutchins BBQ.

While sitting down at your favorite barbecue joint to enjoy a tray loaded high with smokey, tender, peppery brisket is a little more challenging these days, you don’t have to live without Texas’ favorite cut of meat.

Although the temperatures outside might be nearly equal to those of a post oak-filled pit, summer is still the preferred time of year to hone the barbecue craft—the COVID-19 pandemic has only served as encouragement to give it a shot.

Hutchins BBQ, a DFW staple since the 1990s, has simple tips for the home pit master. The business has had to pivot to providing mostly drive-thru service, but despite the pandemic and the rise in brisket prices, it has been able to keep its employees working, and has even hired on more people.

The good news is brisket is still in demand—it’s the heartbeat Hutchins BBQ and has been ever since Roy Hutchins started smoking on the side of the road in Princeton in 1978. Now with locations in McKinney and Frisco, and sons Wes, Trey, and Tim Hutchins on board, the focus has been on improving the quality of the product. The family has spent countless hours tinkering and tweaking their brisket-smoking methods. “It’s not just about the money, but about the legacy,” Tim says of their efforts. 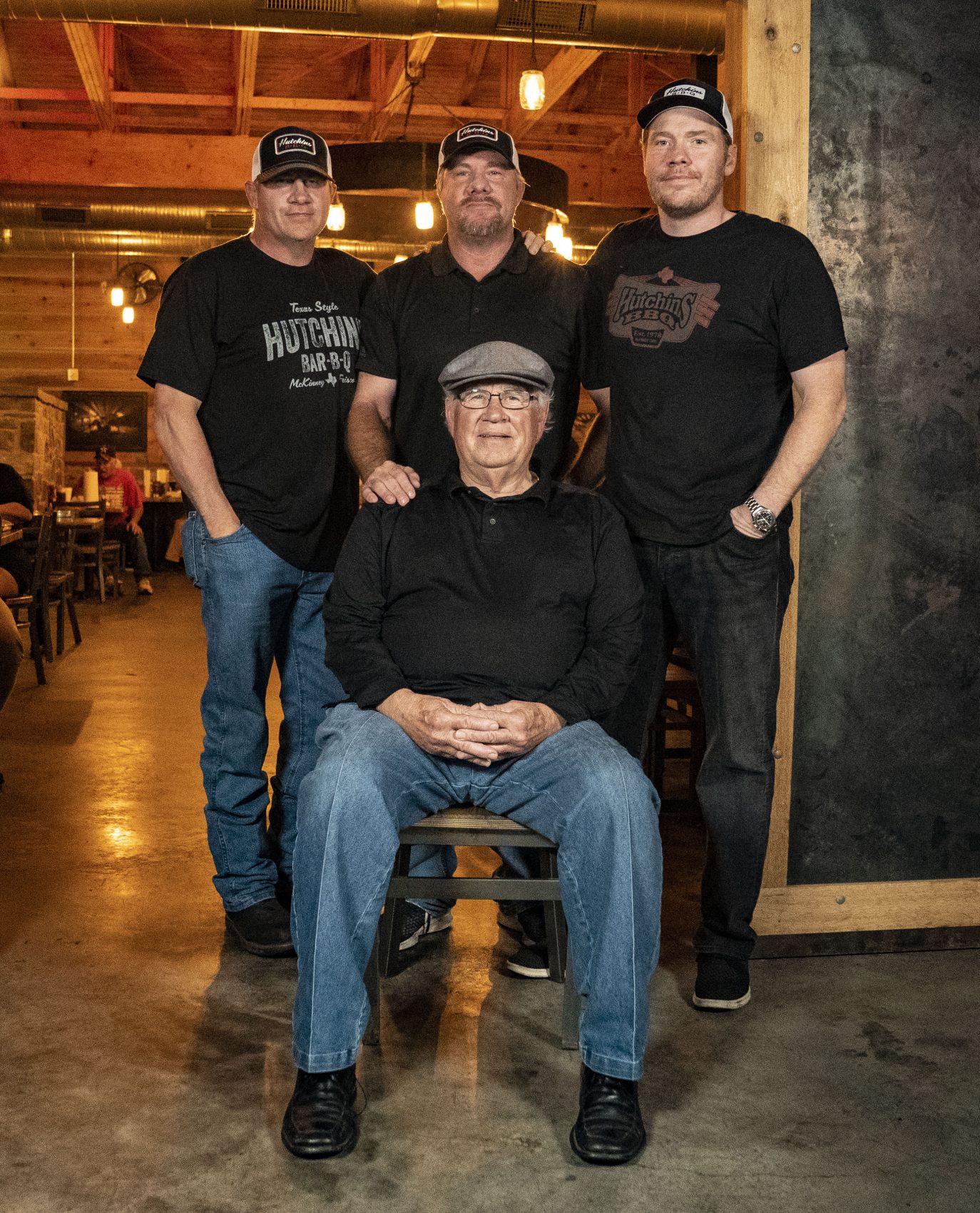 The brothers’ biggest tip for cooking brisket is buying the highest quality meat. Finding the best meat possible is a process in itself—it took Hutchins BBQ four years before but it found a supplier who could handle its inventory and quality demands. Tim recommends building a relationship with your local butcher. “It’s hard to turn a piece of meat from a one out of 10 to a seven out of 10,” he says. “If we’re getting a top tier meat that starts at an eight or nine, then we can turn it into a 10.”

Through years of testing, the family has found that aging the brisket for 30 to 45 days is the “sweet spot.” For storing at home in a normal refrigerator, Tim says 30 days should be the benchmark. The aging process does not begin when you put the meat in the fridge, but from the date the meat was packed, so be sure to check the label to get the correct date.

Coating the brisket with mustard before adding the seasonings is important to ensuring a good bark, or outer layer, during smoking. Tim recommends using a well-mixed rub of two-thirds medium-grind pepper and one-third kosher salt. “You can’t go wrong with a two to one ratio on pepper to salt,” Tim says. “That’s just a good all-around brisket tip.”

At Hutchins BBQ, the pit cooks smoke the most of the meat with pecan wood—brisket is the exception. For the brisket, they smoke with post oak for the first three to five hours at 225 to 250 degrees before moving to pecan. Tim says he uses post oak because it helps with the “flavor penetration” of the bark and cooks hotter.

For cooking brisket at home, Tim says the key is the fire. You don’t want to have a fire that’s too calm or a fire that’s smoldering the logs. You want even, consistent flames. “You can cook a brisket without looking at it, just from seeing what the fire is doing,” Tim says.

Once that happens, it’s time to cut against the grain and enjoy your own Hutchins BBQ-style brisket.

Cooking brisket is all about feel, and that the more briskets you cook, the better you will get. Even for a pit master like Tim, it is not something he has fully mastered. “Putting the best brisket you can put out on every single plate, I think that’s something I’ll be working on until the day I die,” he says.