Fly Fishing Is Taking off in Texas Rivers

Written by Tyson Bird | From the July 2022 issue | Updated: June 29, 2022 | Filed Under: On the WaterRiversThings to DoWildlife 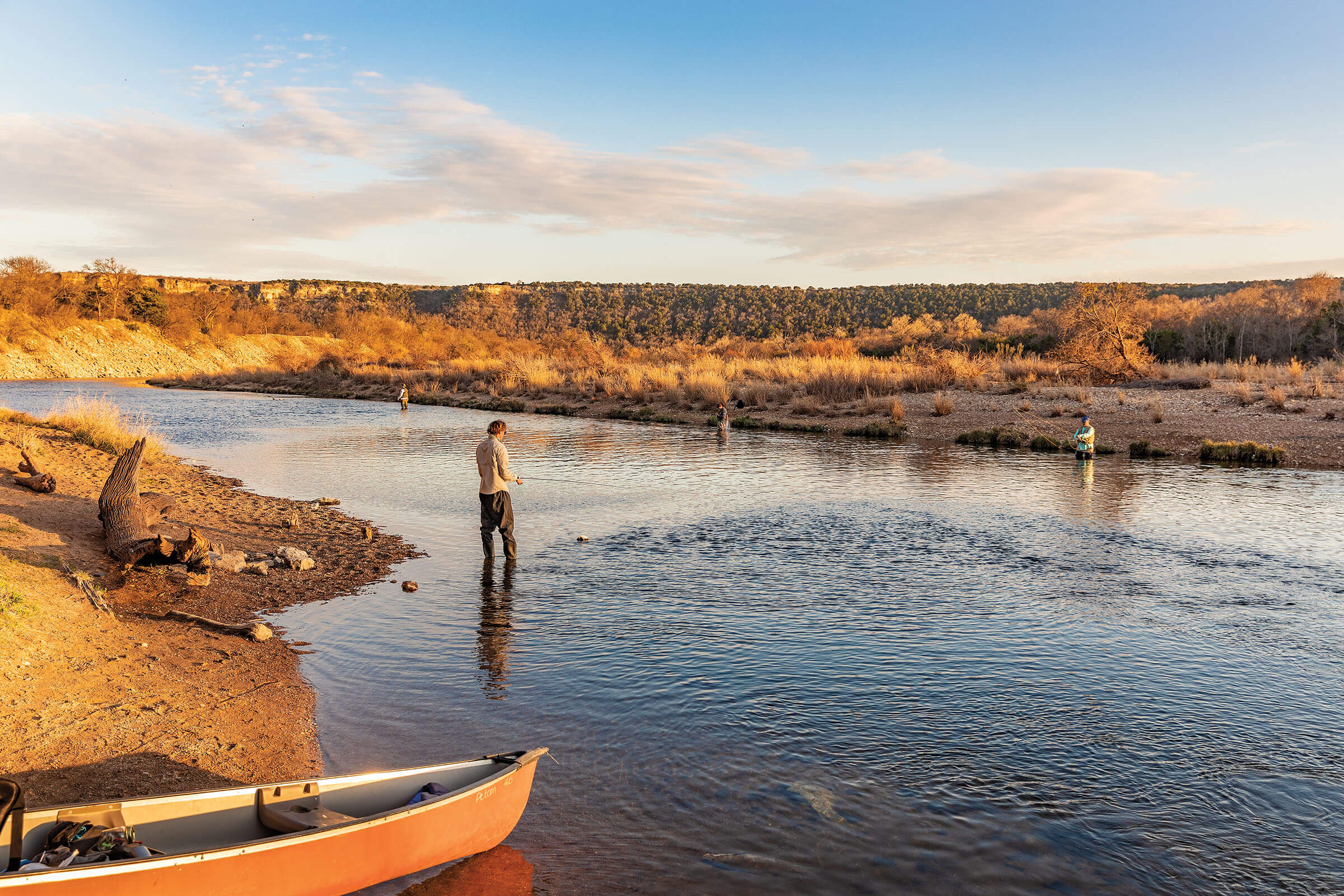 Fifteen major rivers and many hundreds of miles of smaller streams run across Texas, giving adventurers and anglers countless opportunities for exploration. And lately, from the cypress-shaded banks of the Sabine to the gin-clear tributaries of the Rio Grande, a growing number of fly fishers—armed with springy rods affixed with feathery offerings—have made their presence known among the travelers drawn to the state’s aquatic bounty. Whether wading or floating, those who enjoy this hobby learn to cast beneath an imaginary clock, moving their rods between 10 and 2 o’clock.

Ben Tabor, who owns Fatties on the Fly guide service in Granbury, hosts fly-fishing trips on the Brazos. He also runs a specialized subscription service for flies selected according to region, season, and species. Tabor started his guide business three years ago, focusing on the Brazos’ John Graves Scenic Riverway, a stretch highlighted in Graves’ book Goodbye to a River. His clientele has grown in part due to the pandemic, which led to an increase in outdoor recreation, including a documented spike in the sale of fishing licenses. Winter river trips focus on stocked trout and summer on striped bass. “When the government first told everybody to shelter in place during the pandemic, people were like, ‘Did they just tell us to go fishing?’” Tabor laughs. “A lot of fly-curious people had a chance to try it.”

As a Yankee outdoorsman, I first learned to use a fly rod long before I discovered the many fine places one can fish in the Lone Star State. But I have long since learned to read Texas rivers, as my angling brothers and sisters in the state know to do. We study the slow waters and swirling currents that hold bass, sunfish, gar, and other game fish willing to take an artificial lure when presented artfully—and sometimes sloppily. From stock ponds to offshore reefs, fly-fishing remains a rewarding way to bring a fish to hand. And few things feel more like heaven than doing so in a Texas river.