The Story of Our National Parks

A scenic journey across time and space 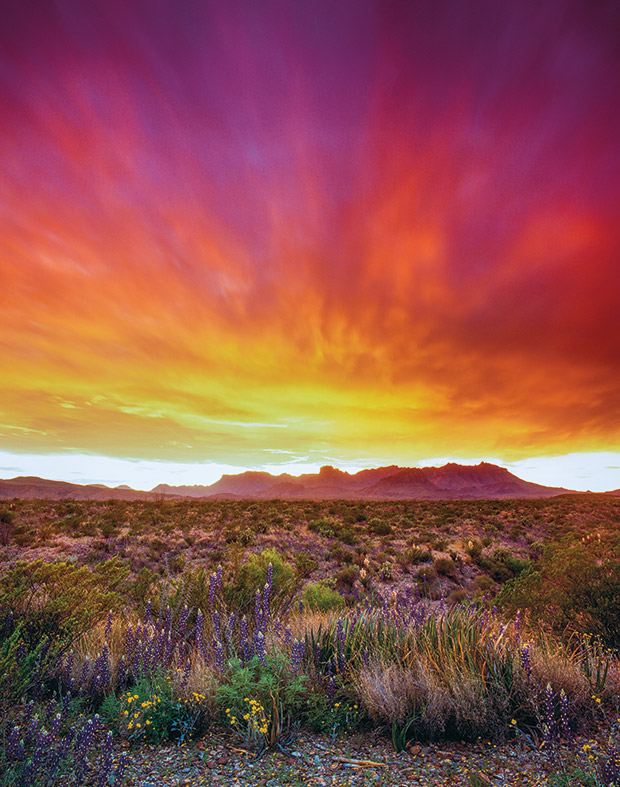 The Lone Star State was a little late to the national parks game, but as is our way, Texas jumped into the scene with a splash.

Watch MacGillivray Freeman’s National Parks Adventures at an IMAX theater near you.

Take advantage of fee-free days in 2016.

The opening of Big Bend National Park in 1944 introduced the nation to a mythic new landscape—a remote Chihuahuan Desert expanse that wows not with snowy peaks and waterfalls but with coarse terrain, tenacious plants and animals, and a wild river flowing with borderland intrigue.

“It was a vision of such magnitude as to stir the sluggish soul of a Gila monster,” recalled Texas Ranger Everett E. Townsend in an oft-quoted description of the view he encountered from Burro Mesa in the 1890s. “It was so awe-inspiring that it did deeply touch the soul of a hardened human bloodhound.”

Big Bend was Texas’ first national park, thanks to the efforts of Townsend—known as the “father” of the park—and others committed to protecting its natural wonder for the benefit of science, tourism, and posterity. In the decades since, the federal government has created 15 more national park sites across Texas, chronicling the state’s widespread cultural and environmental diversity while highlighting a shared goal of preservation among far-flung communities.

The National Park Service celebrates its centennial in 2016, casting renewed attention on both the stalwarts of the system, such as Big Bend, and the most recent addition, Waco Mammoth National Monument. While the sites in Texas vary dramatically in their size and offerings, they all reflect Congress’ 1916 charge to the National Park Service to preserve and interpret our nation’s most significant environmental and historical places.

“The centennial is a great opportunity to highlight what we have here in Texas,” says Suzanne Dixon, senior director of regional operations for the National Parks Conservation Association. “When you consider all the different park units—like Fort Davis National Historic Site, one of the best surviving examples of a frontier Army installation in the Southwest, or the Big Thicket, the biological crossroads of America—these parks are sources of wonder and inspiration, and very valuable to our state.”

Perhaps they’re all the more valuable considering that Texas wasn’t designed with federal land ownership in mind. Between annexation in 1845 and the Compromise of 1850, Texas gave up its claim to an extended Panhandle territory in exchange for $10 million and the retention of all of its public lands, explains Neel Baumgardner, a historian at the University of Texas-San Antonio. (Now, the federal government owns less than 2 percent of land in Texas, much less than in Western states famous for their national parks, such as the 48 percent in Wyoming and 30 percent in Montana.)

“For Texas to have a national park, first you had to have federal land, which meant somebody had to buy it and then cede it back to the federal government,” says Baumgardner, author of the forthcoming book Unbordering North America: Constructing International Parks Along the Periphery of Canada, Mexico, and the United States. “So that’s the primary reason it took so very long for Texas to get a national park.” 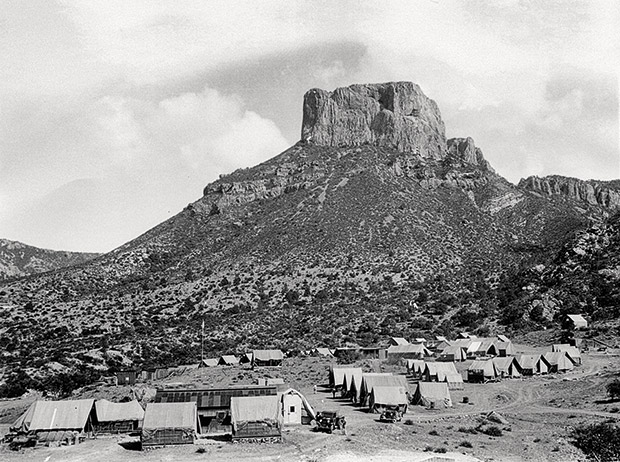 The country’s first national parks actually preceded the creation of the Park Service—Hot Springs in Arkansas in 1832 and Yellowstone in Wyoming in 1872, among others. Meanwhile in Texas, Townsend, who by 1933 was a state legislator from Brewster County, supported legislation that year to create a state park in the Big Bend area, while in 1935 Congress passed legislation allowing for the establishment of Big Bend National Park. In 1941, the Texas Legislature allocated $1.5 million to buy about 700,000 acres for the park, and on June 6, 1944, a delegation of Texans delivered the deed for the parkland to President Franklin Roosevelt. In the meantime, the Civilian Conservation Corps built the first bones of the park’s infrastructure, including roads and water wells.

“A lot of states wanted a national park to drive tourism, to drive revenue,” Baumgardner says. “The folks who were pushing for the legislation really tried to underscore the economic benefits—people driving to parks would be spending money on lodging and gas taxes in communities all over the state.”

Developers of Big Bend National Park benefitted from broad support among the surrounding communities and at the state government. In East Texas, the backers of another “Big” park faced a more contentious process as they sought to protect a biologically rich chunk of pine forest, sandhills, hardwood river bottoms, and southeastern swamps. The concept of creating a Big Thicket national park first emerged in the 1930s, but with complications including World War II, the creation of national forests in the area, and opposition from the timber industry, it wasn’t until 1974 that Congress established the Big Thicket National Preserve.

Advocates for protecting Big Thicket note its environmental importance as a natural melting pot with ecological elements from places as varied as the Appalachian Mountains, the Florida Everglades, and the Desert Southwest. Without protection, the forest “could have been impacted by urban development, agriculture, forestry (read pine farms), incursion of highways, reservoirs, and more,” says Maxine Johnston, who’s been a member of the Big Thicket Association since it formed in 1964. “Further, the preserve provides an outdoor laboratory for research as well as economic benefits from visitation.”

For sure, the people of Texas and beyond embrace the Big Thicket National Preserve for all of those reasons—as well as for the way the old-growth forests provide a link to our ancestors, who roamed these same woods in the earliest days of Texas’ settlement. 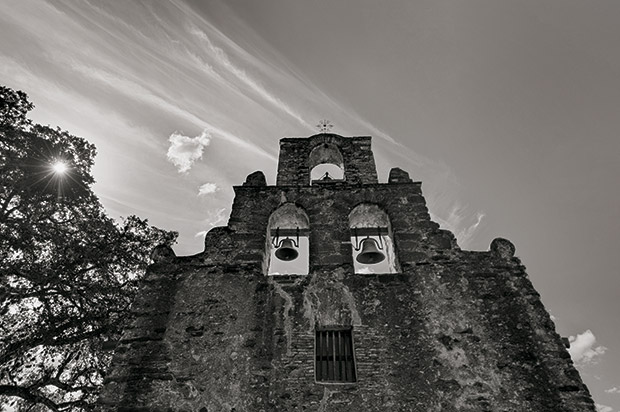 In San Antonio, the connection to our forebears is readily apparent at the San Antonio Missions National Historical Park, a collection of four missions built by Spanish missionaries along the San Antonio River in the 1700s. (The Alamo, which is owned by the state, is not part of the park.) Missions San José, Espada, San Juan, and Concepción became part of the National Park Service in 1978 under an agreement that allowed the Catholic Archdiocese to continue operating active parishes at each site. As part of the Park Service, the missions preserve the old adobe and limestone church compounds and interpret their influence in religion, farming, irrigation, and livestock.

With new discoveries come new opportunities for the National Park Service to join with Texas communities to explore history and preserve it for future generations. Among the newest is in Waco, where the 1978 discovery of a mammoth bone sparked an excavation that to date has revealed the bones of 24 Columbian mammoths. Paleontologists believe most of those mammoths were from a nursery herd made up of females and their young that were buried in a flood 65,000 years ago. Local citizens worked for years with Baylor University and the city of Waco to acquire, excavate, and protect the fossils and the dig site, which opened to the public in 2009. Their efforts led to President Barack Obama’s designation of the Waco Mammoth National Monument last July.

“I think from the beginning the community has just been in love with the mammoths,” marvels Gayle Lacy, president of the Waco Mammoth Foundation, a nonprofit that raised $4.2 million to build the site’s dig shelter. “We realized how unique it was, and we wanted to protect what was found. We are behind it 100 percent.”

Well said. What’s not to love about mammoths—or visiting a national park?