The Souvenir You Have to Leave Jefferson With

The very hairy creature takes on many forms in East Texas

Written by Tyson Bird, Photographs by Brandon Jakobeit | From the February 2020 issue | Updated: January 29, 2020 | Filed Under: Things to Do 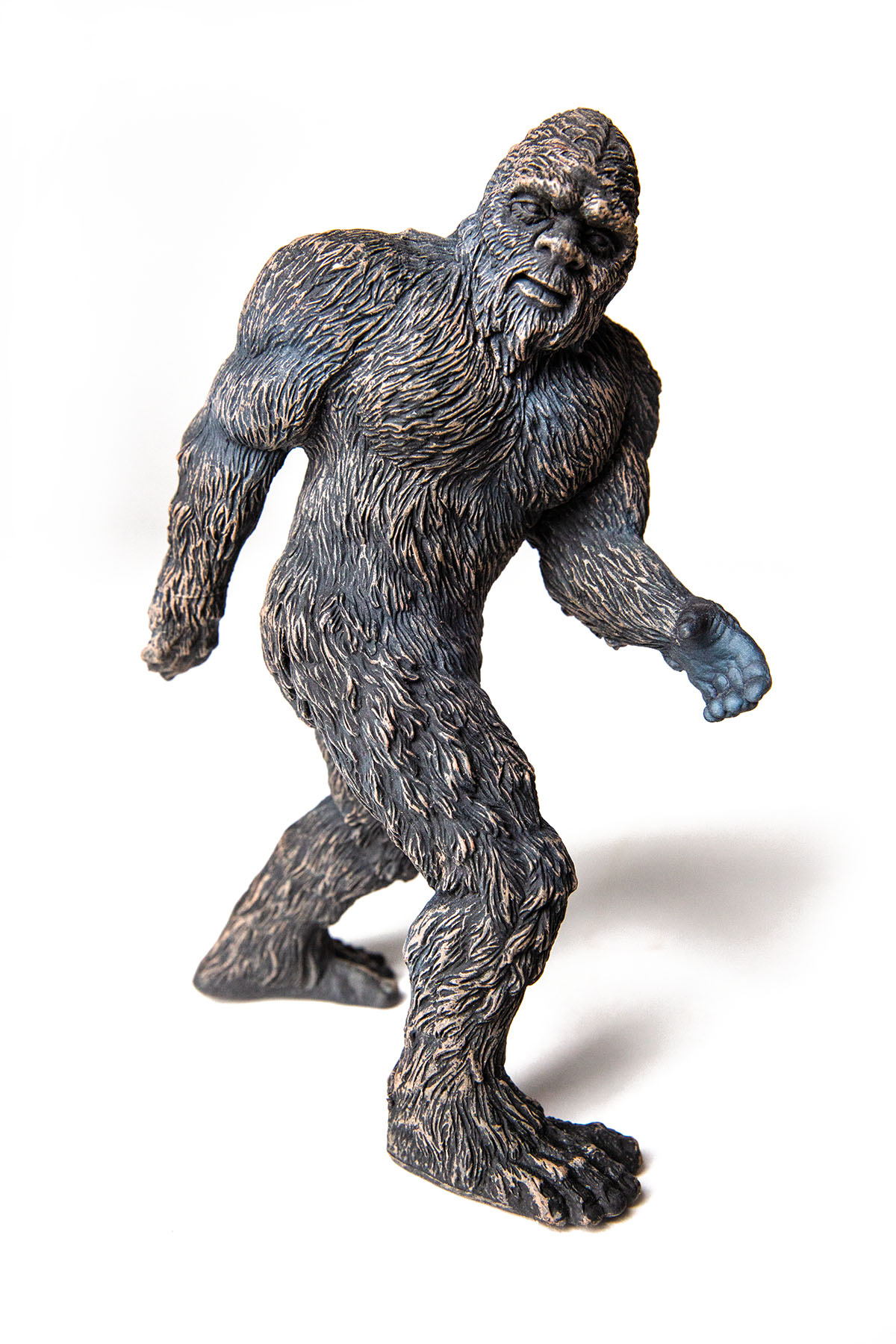 “If there were a Sasquatch in Texas, he’d be here,” says Angie, a tour guide at Johnson’s Ranch Marina in Uncertain, as she steers a mud boat through the cypress-draped misty waters of Caddo Lake. “But there are some great hunters around here, so he’d probably end up mounted on somebody’s wall.”

The lore around Sasquatch in these parts of East Texas is so compelling that for some, the furry, hulking creature also known as Bigfoot is as good as real. At the Shady Glade Cafe in nearby Karnack, a popular greasy spoon with a boat dock on the edge of Caddo Lake, diners can dig into a 16-ounce bacon-topped Sasquatch Burger on a jalapeño bun with fries for $13.99 while admiring Sasquatch décor, like a sign that cautions: “Please don’t feed the Sasquatch.”

There have been so many reports of Sasquatch sightings in this region that Carey Heaster Jr., a past mayor of Jefferson, located about 18 miles northwest of Caddo Lake, proclaimed the city the Bigfoot Capital of Texas. Jefferson deserves the title. It hosts the Texas Bigfoot Conference, an event the Texas Bigfoot Research Center sponsors, bringing together more than 300 true believers to compare theories and sightings. Just across the street from the Jefferson Convention and Visitors Bureau, a 5-foot Bigfoot sculpture with menacing red eyes stands guard at the entrance to the Port Jefferson History and Nature Center’s 1.1-mile walking trail along Big Cypress Bayou. Keep your eyes out on the trail: There are reportedly a couple of real Bigfoots hidden among the thickets.

Last summer, I stopped by the convention and visitors bureau, where I purchased a mini-Sasquatch to have and to hold for $5. “I can’t say Bigfoot’s real,” says Danielle Eigenmann of the visitors bureau, “but a lot of people do come to the conference with records of their sightings. Who’s to say? I keep an open mind.” As a sign at the Shady Glade Cafe implores: Don’t Stop Believing.