21 For ’21: New Hotels, Events, Festivals, and Other Things to Look Forward to This Year

From interactive adventure rooms to a "super fountain" in Klyde Warren Park, 2021 offers something new for everyone. 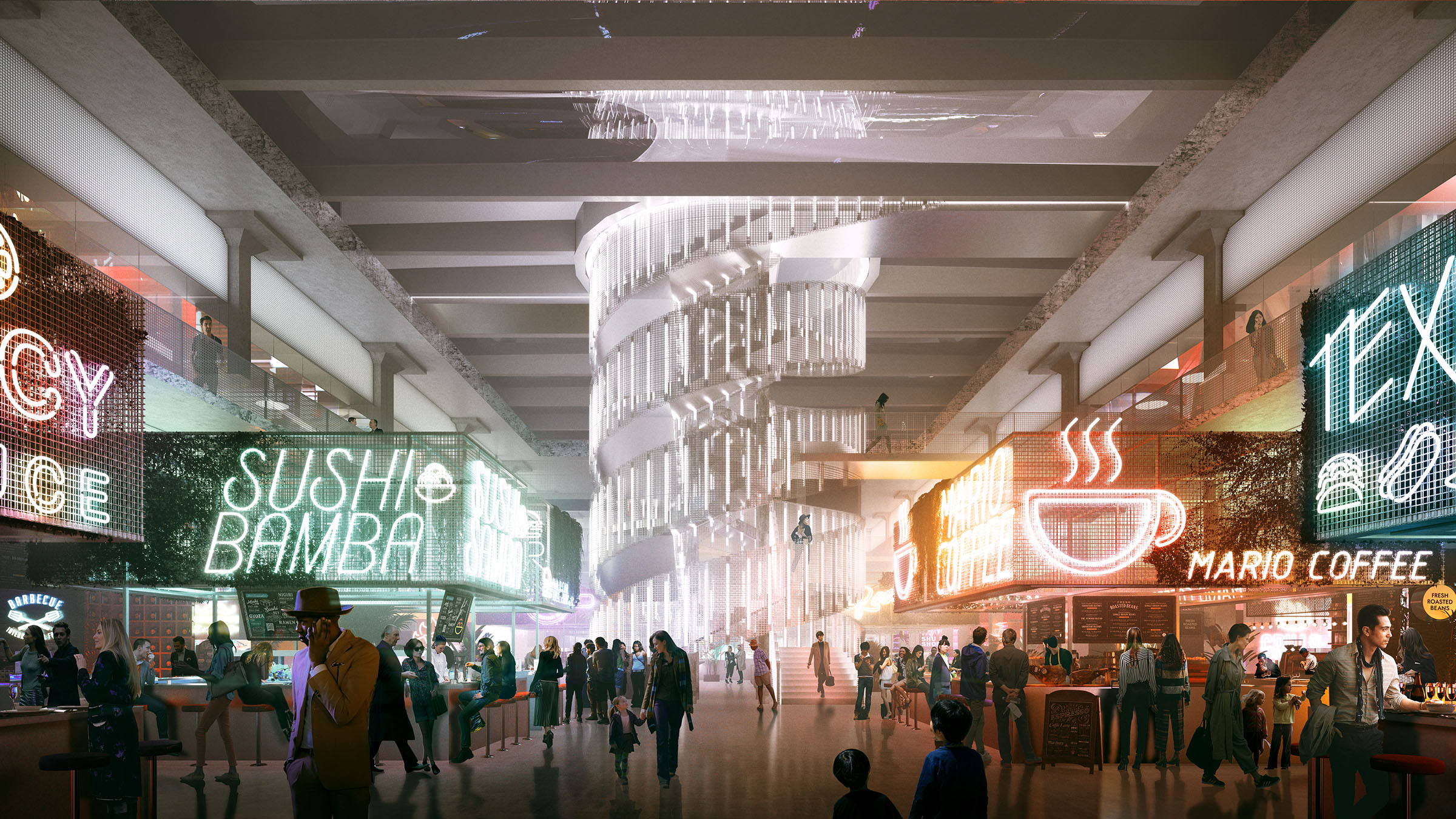 The atrium of the future market at POST Houston. Artistic rendering courtesy LUXIGON/OMA.

If you’ve been experiencing wanderlust at the start of 2021, you’re not alone. Recent studies suggest people are feeling the urge to travel domestically, and bookings are starting to go up for the summer. Texans hoping to discover something new this year don’t have to travel far. Here’s a list featuring several new things we’re feeling excited about this year—from inaugural events and festivals to anniversary celebrations to brand new hotels and destinations for dining and shopping. Of course, before venturing out, check websites for safety guidelines, especially if heading indoors.

This newly opened 4,000-square-foot interactive experiences facility offers challenging yet family-friendly games and adventures. Rooms are set up for small groups and include projection animation, touch screens, and surround sound.

After being closed for three years due to damage sustained from Hurricane Harvey, the Humble Museum has reopened at a new location: a former high school band hall. Showcasing the history of Humble and Lake Houston, the new location is next to the Charles Bender Performing Arts Center, creating a new arts district for the area.

Six Flags Over Texas is celebrating its 60th anniversary season with this inaugural winter-themed festival. Taking place on weekends through Feb. 28, this event features activities and entertainment such as ice carving, curling, the annual Frosty Snowhill, a light show, frozen treats, and a fireworks display at the Old Derrick Tower. 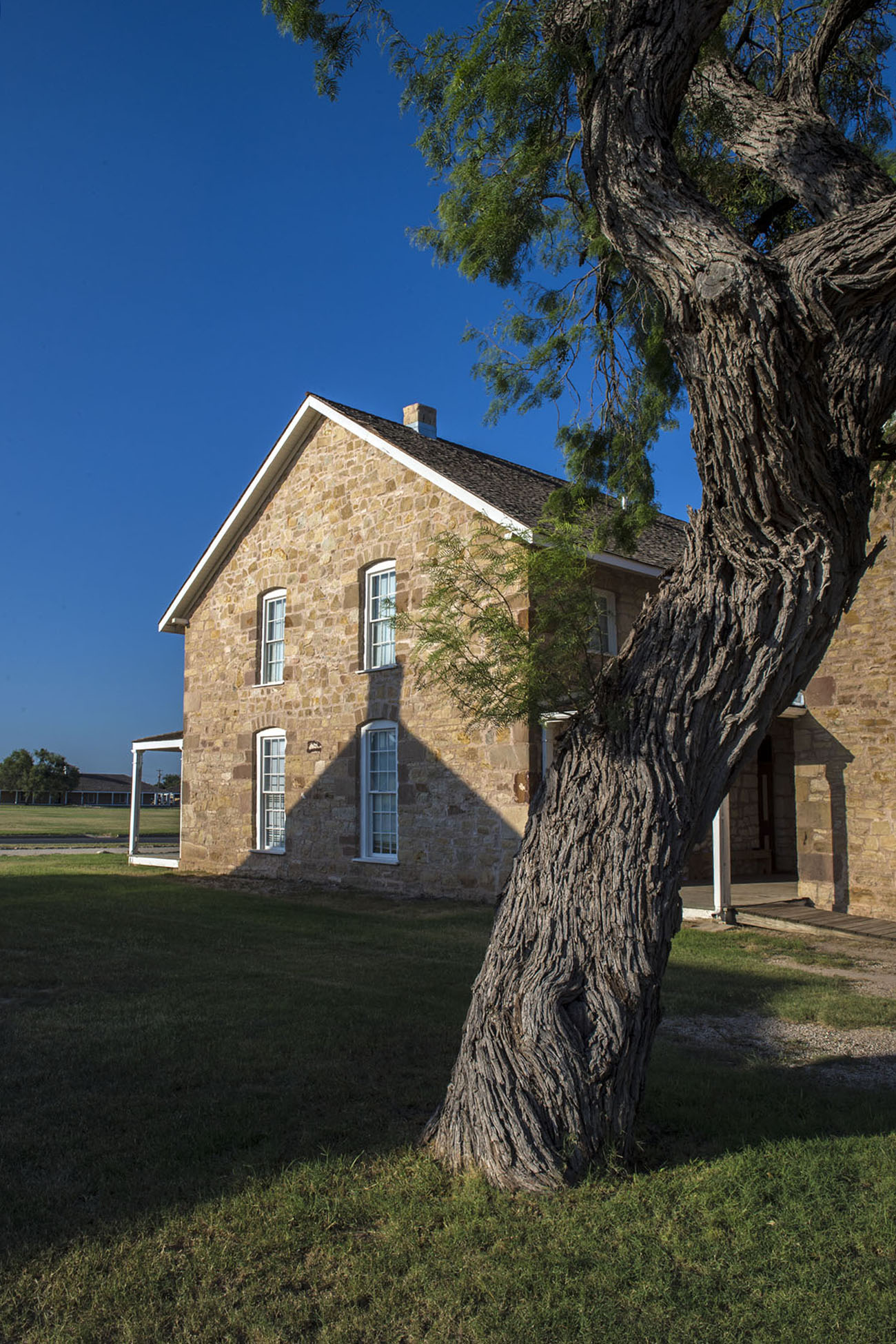 Everything old is new again. Recently named “Best Preserved Historic Fort of the West” by True West magazine, Fort Concho has undergone a facelift in recent years, with parts of the fort being rebuilt, renovated, or reroofed, and new events and programs are on the horizon for 2021.

If paintings, sculptures, and antique Talavera (pottery) is your thing, Bandera Natural History Museum opens its 4,000-square-foot Spain Art Hall in early 2021. It will be home to the museum’s permanent collection of art and other objects from the Spanish colonization period that dates back to the late 1500s.

For decades, this base’s 34 historic aircrafts on static display (the largest collection of its kind in the world) was mostly inaccessible to the public. Now, visitors can request guided tours with an Air Park curator on weekdays.

7. Hotel Drover at the Stockyards (Fort Worth)

Named after the men who drove cattle across the Texas Plains, this 200-room “rustic-luxe” hotel is set to open in late March and will hold court in Fort Worth Stockyards’ new Mule Alley, the city’s latest development featuring shops, bars, and restaurants. 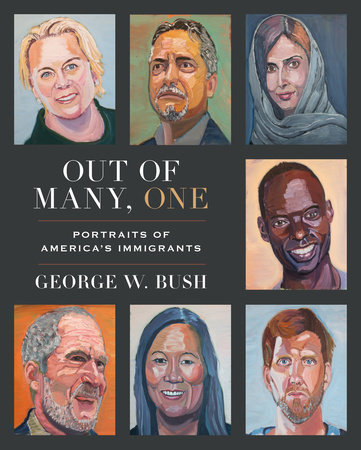 8. Out of Many, One: Portraits of America’s Immigrants (Dallas)

In April, Mesquite opens its new welcome center to go along with the city’s $7 million investment in revitalizing its downtown. Visitors can find improvements to historic buildings and streets, more parking spots, and the addition of an event space, small park, and food trucks.

The first public high school in Texas, built in 1883, is being converted into a charming hotel. Expected to open in Spring 2021, the hotel will have 11 bedrooms and no doubt fill up with shoppers who make semiannual pilgrimages to the Round Top Antiques Show. (A website, brenhamschoolhouse.com, will launch soon.)

This is not a new event (it dates back to 1938) but this year will be the first to include the Wings Over South Texas Air Show featuring the Blue Angels (May 1-2). Buc Days also has a carnival (April 29-May 9), parades, and rodeo with concerts featuring national recording artists.

Beginning in May, the city of Fredericksburg uncorks a yearlong celebration for its 175th anniversary. Festivities kick off May 6-8 and include a cowboy cookout, a community picnic, an ice cream social, fireworks, and a wreath-laying ceremony. 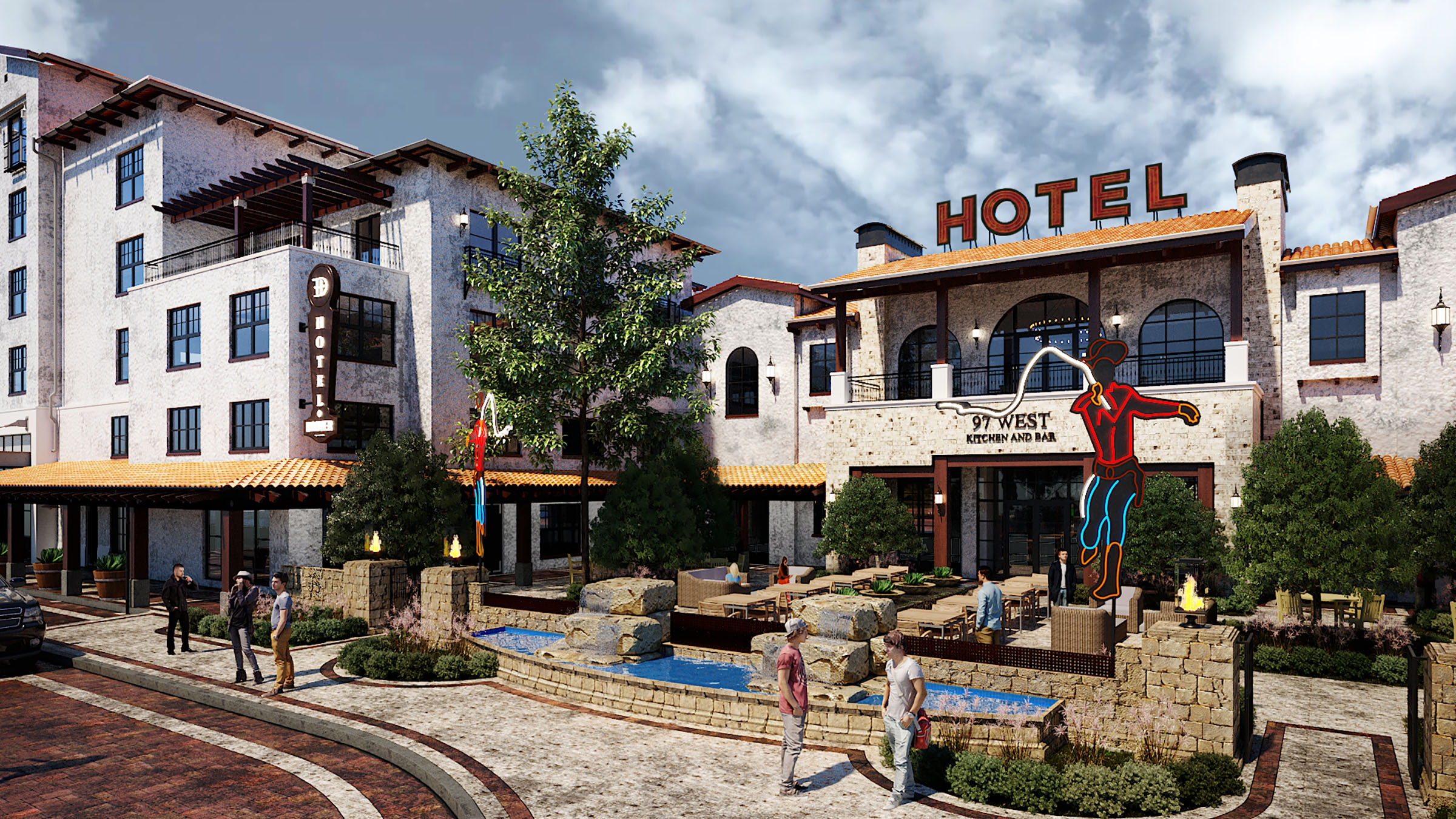 The exterior of the new Hotel Drover in Fort Worth. Artistic rendering courtesy of Hotel Drover.

14. Still in the Saddle: A New History of the Hollywood Western (San Antonio)

The Briscoe Western Art Museum examines the Western film genre, from its heyday in the 1940s and ’50s to its resurgence in the 1980s. The exhibit (open May 28-Sept. 6) features costumes, props, vintage movie posters, and other paraphernalia from movies like True Grit and Butch Cassidy and the Sundance Kid.

Launched in 2019 only to have its second event canceled last year, this kitschy, family-friendly parade is back. Hosted by the merchants of Galveston’s Postoffice District, the June parade welcomes anyone with a golf cart, scooter, or bicycle to join.

The Austin-based beermaker is making Elgin its permanent home this summer by opening a brewery and taproom on 23 acres of land about five minutes north of the town’s historic Main Street (the Austin location will remain open and be expanded). The new location will provide the brewery with the land it needs to grow its own ingredients for the brewing process. The plan is to have on-site food trucks and eventually a kitchen with a full menu.

After years of sitting mostly idle, the former Barbara Jordan Post Office in downtown Houston is being turned into a 550,000-square-foot complex with shops, a food hall (Austin-based Salt and Time Butcher Shop, popular food truck Taco Fuego, and Vietnamese pho spot SouPreme are in the lineup), and a roof that features a 6-acre park. 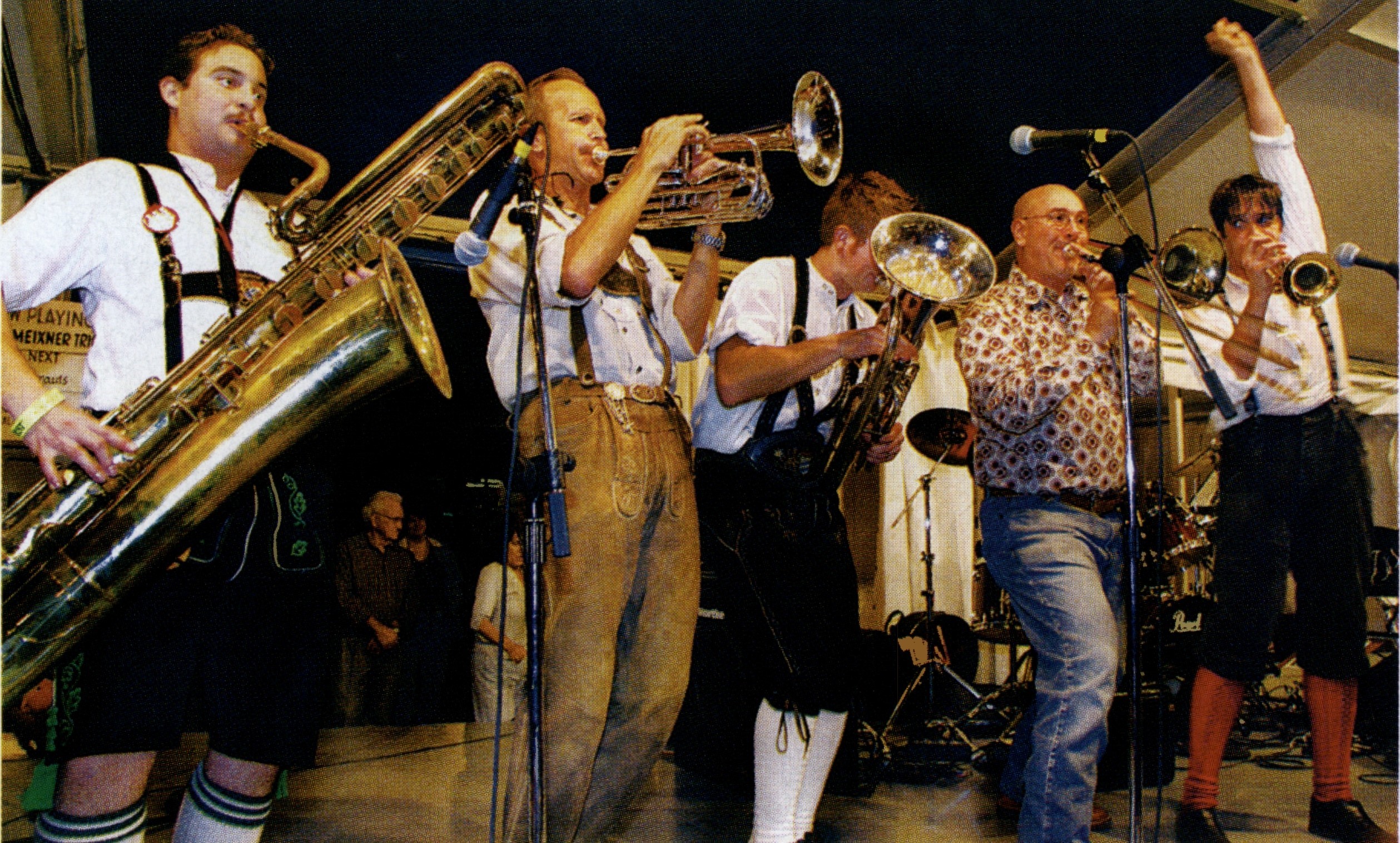 After a fire burned down the annual festival’s Marktplatz and damaged its Wursthalle in 2019, and then COVID-19 forced the cancellation of the event for the first time in its 60-year history in 2020, Wurstfest will rise again Nov. 5-14, and finally get to show off its newly rebuilt Marktplatz.

After the old center was damaged by Hurricane Harvey, a brand new one is being built to welcome the visitors that come to the 116,000-acre refuge to see everything from alligators to deer to the whooping crane migration in the fall and winter. The center will have state-of-the-art exhibits, a reception area, a multipurpose room for educational programming and meetings, and an amphitheater that faces the bay. It’s slated to be completed in the winter.

Described as the “world’s tallest interactive fountain,” this $10 million structure situated in Dallas’s 5.2-acre downtown park will shoot water 95 feet in the air and display colorful light shows choreographed to music every evening. The project is expected to be completed in December.