From wiener-dog races to parades, these events offer pet-friendly fun for Independence Day.

While the Fourth isn’t typically considered a pet-friendly holiday, as fireworks and other festivities can be disruptive or dangerous to animals, some Texas cities have worked out a way to safely fit pets into their celebration. From costume contests to wiener-dog races, these events let pets in on the Independence Day action. 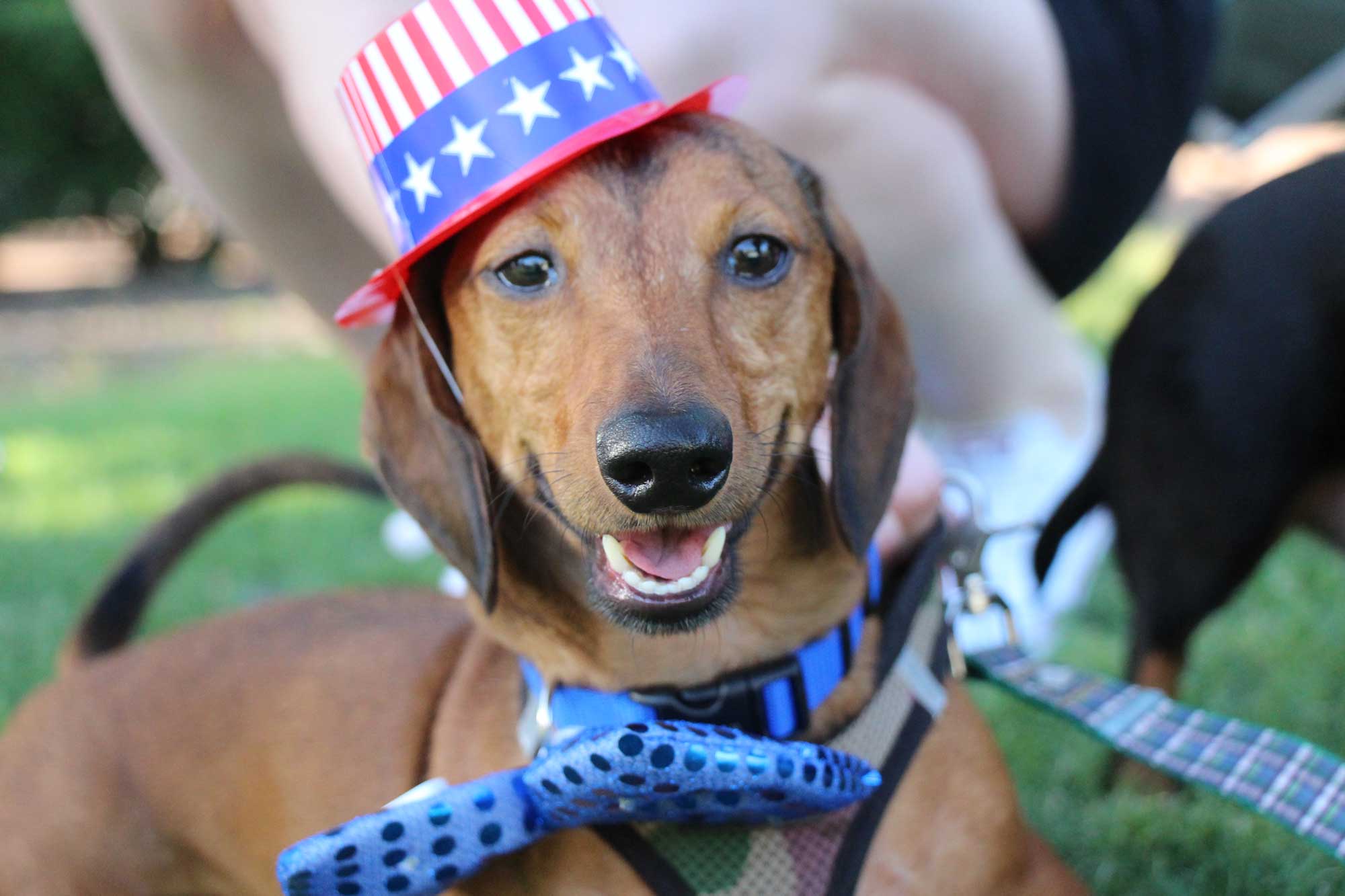 Prior to the Fourth—and loud fireworks displays—Frisco holds a couple of evening events that pets can take part in. Last year, 40-50 wiener dogs raced during the city’s annual Dachshund Dash at Simpson Plaza, running from start to finish with the help of their owners. Winners at this year’s event receive gift baskets, and qualified dogs include both Dachshunds and mixes that are Dachshund size. Following the Dash, the Hotter ‘n Firecrackers 5K & Glow Run—open to runners and their canine companions—kicks off in Frisco Square. Pups must be on a leash during both events and have up-to-date vaccinations. Costumes are encouraged.Various locations; 972-292-5000

Open to any pet that participants can “lead, ride, or carry,” Bandera’s Annual Pet Parade has seen some unusual entrants over the past 23 years. Llamas, goldfish, pigs—even people dressed up as pets—have competed in the parade. This year’s judged categories include Best of the Wild West, Most Talented Pet, and the best pet/owner lookalike, among others. About 100 people attend the parade each year, and competitors tend to get creative—past events have featured a chicken sporting a sheriff’s badge, a donkey donning a purple sombrero, and a dog wearing Willie Nelson wig. There’s a raffle for pet-themed gift baskets, and free packaged dog treats available. For safety, pets must be brought on a leash. Bandera City Park; 210-705-4794

Pet Faire on the Square

Hondo, located about 40 miles west of downtown San Antonio, also gets pets involved in its Fourth of July festivities. The city’s Pet Faire on the Square, now in its second year, takes place in the morning on Independence Day and features both a Dachshund Derby and Pet Parade. Weenie dogs will compete in heats during the dash, held in Hondo Memorial Square, and festivities continue with a pet parade and costume judging hosted right after. Last year, about 200 people attended the Pet Faire, which also offers attendees free hot dogs and watermelon. Participating pets must have current vaccinations. For those without a furry friend, adoptable dogs and cats make an appearance. Hondo Memorial Square; 830-426-3037 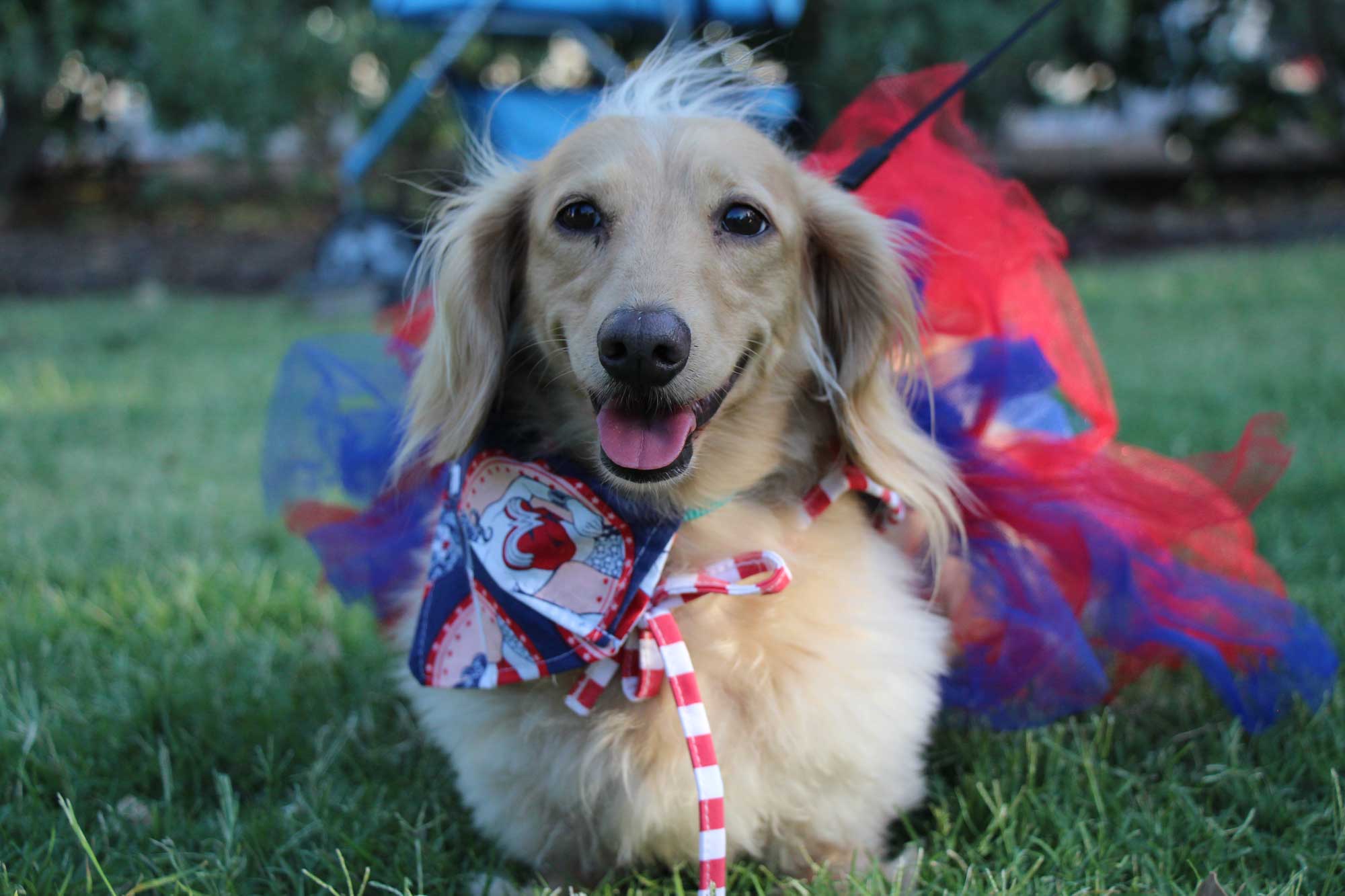 Each year in Longview, dogs dressed in tutus, military apparel, and other July Fourth fashions strut their stuff during a Patriotic Pup Fashion Show. The east Texas town sets up a runway and brings in a panel of judges to score each dog on their outfit, behavior, and obedience. Following the show, wiener dogs race down a track in heats to narrow down the speediest canine. Top pups in both events receive a cash prize, and the winning weenie dog receives a trophy. Past years have seen 50 to 60 dogs pups fill the air-conditioned Maud Cobb Complex, which also hosts local groomers and boarders during the event. Water bowls and wastebaskets will also be provided. Maude Cobb Convention and Activity Complex; 903-237-1230

After the national anthem kicks off Llano’s all-day Independence Day celebration Saturday, pet owners will make their way to Badu Park for the Patriotic Pet Parade. Last year’s event in the central Texas city included about 25 dogs, but any animal is welcome as long as it’s on a leash or harness, not aggressive, and up to date with shots. Themed outfits are encouraged, and a panel of judges will award small prizes to the best dressed. The parade takes place in the morning to beat the July heat, and to get pets back into the A/C as soon as possible. Badu Park; 325-247-5354

While Marathon may be better known for its Fourth of July Dance—a street dance that’s been held annually at Post Park for more than a century—the west Texas town has recently added another, more animal-centered spectacle to its lineup of Independence Day events. Last year, Marathon hosted its first Dog and Pony Show Independence Day Parade, an event that encourages city-dwellers and visitors to bring their horses, donkeys, and dogs to Main Street for a celebratory stroll. Bikes, wagons, and dune buggies also feature in the parade, but loud, large vehicles are discouraged, as to not frighten the animals. Downtown Marathon; 432-386-7133