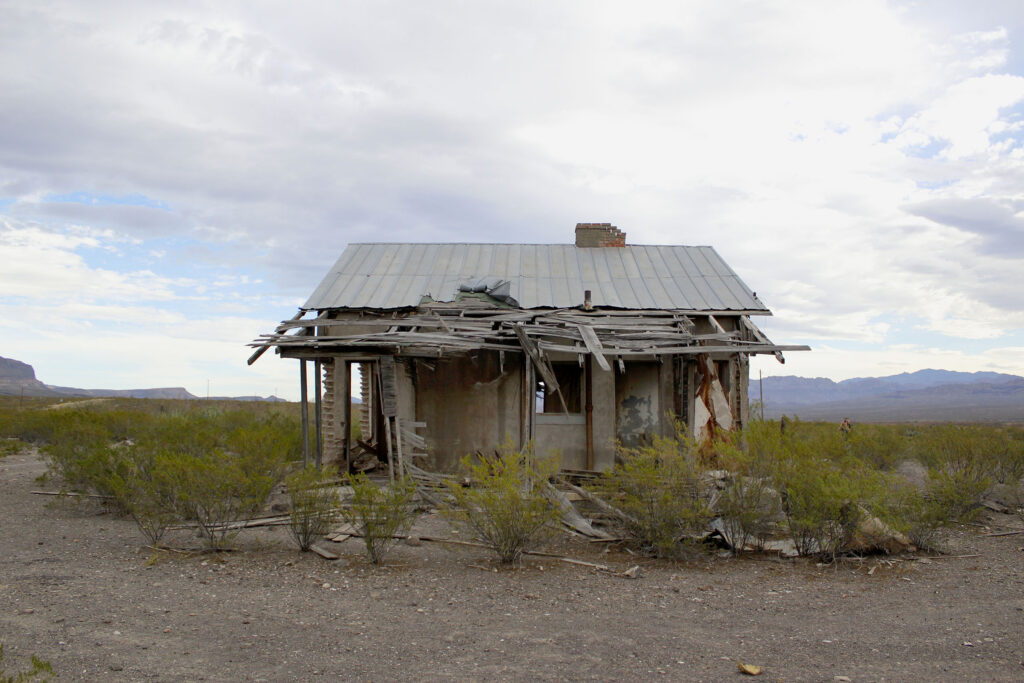 Titled “Home,” this photo of a tiny house was taken in West Texas. Photo by Morgan Page, courtesy Bones of Texas.

The skeletons of old buildings and structures hold secrets to their history. From an abandoned gas station to a cemetery in a former mining town, Texas is littered with such relics. While they appear to sit quietly along roads and highways, they have much to say about the past.

Three years ago, Morgan Page, an associate professor of graphic design at Midwestern State University in Wichita Falls, and Dustin Rice, an inventory manager for a rail car company, set out to tell the stories of these long-forgotten places. They began photographing small, abandoned towns around Texas, capturing haunting images of crumbling buildings, paint-peeled walls, rotting structures, broken windows, and overgrown lots in once-vibrant communities. They launched a website, Bones of Texas, and eventually accumulated enough photos to turn their collection into a traveling exhibition, which is currently on view at the River Valley Pioneer Museum in Canadian.

Page and Rice started their project shortly after meeting through friends. She’s an artist, with a background in photography; he’s a Texas history buff, writer, and photographer. A website called Texas Escapes, which highlights Texas ghost towns, caught their interest. “The site gives you just enough information to want to go out and search on your own—a tiny bit of history and one or two images,” Page says. 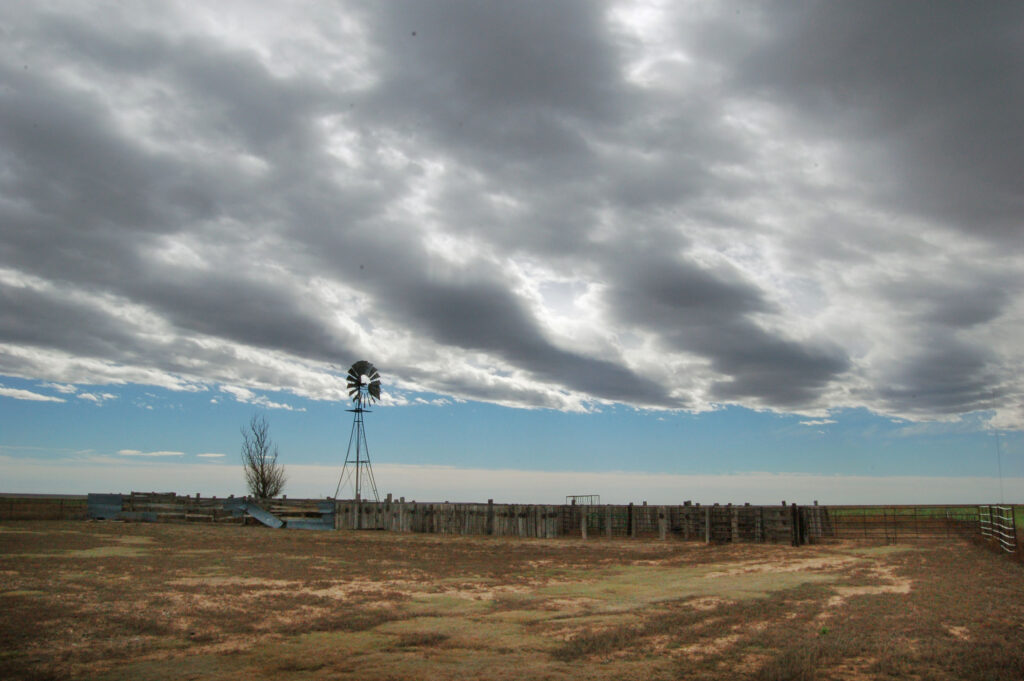 Titled “A Stop Along the Way,” the photo of a cattle pin was taken in Moore County in the Panhandle. Photo by Dustin Rice, courtesy of Bones of Texas.

At first, they just snapped pictures. A year into the project, Rice started researching materials like death notices and old newspapers to write short stories that accompany each photograph. The project grew into a scavenger hunt that led them around the state. To date, they’ve traveled more than 10,000 miles, documenting the ruins of more than 100 Texas communities—from Clarendon, where they photographed the cemetery where legendary Panhandle rancher Charles Goodnight is buried, to a deserted general store in Dundee and an old auto shop outside Borger.

“We have a map we mark every time we visit a town, and have been to every region of the state,” Page says. “My favorite region by far is West Texas, especially Balmorhea and Kent. Dustin is partial to the Panhandle.” 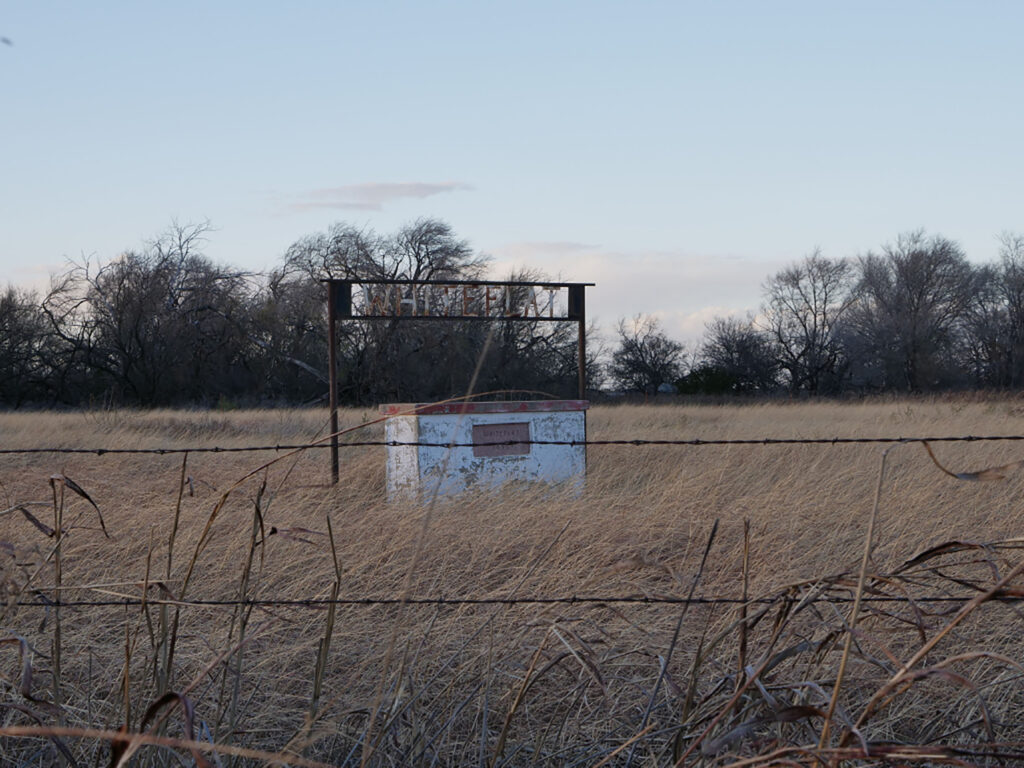 A sign in the abandoned school yard is featured in the photo “School,” shot in Whiteflat. Photo by Dustin Rice, courtesy of Bones of Texas.

Other than receiving a grant that helped pay for equipment and framing for their first exhibition, the photographers pay everything out of pocket. “We thoroughly enjoyed the process,” Page says.

Along the way, romance blossomed. The couple plans to marry later this year.

Page and Rice hope to publish a book version of Bones of Texas, one that includes maps, notes, and Rice’s stories about the places they visit, along with the many photographs. Until then, they will keep hitting the road. 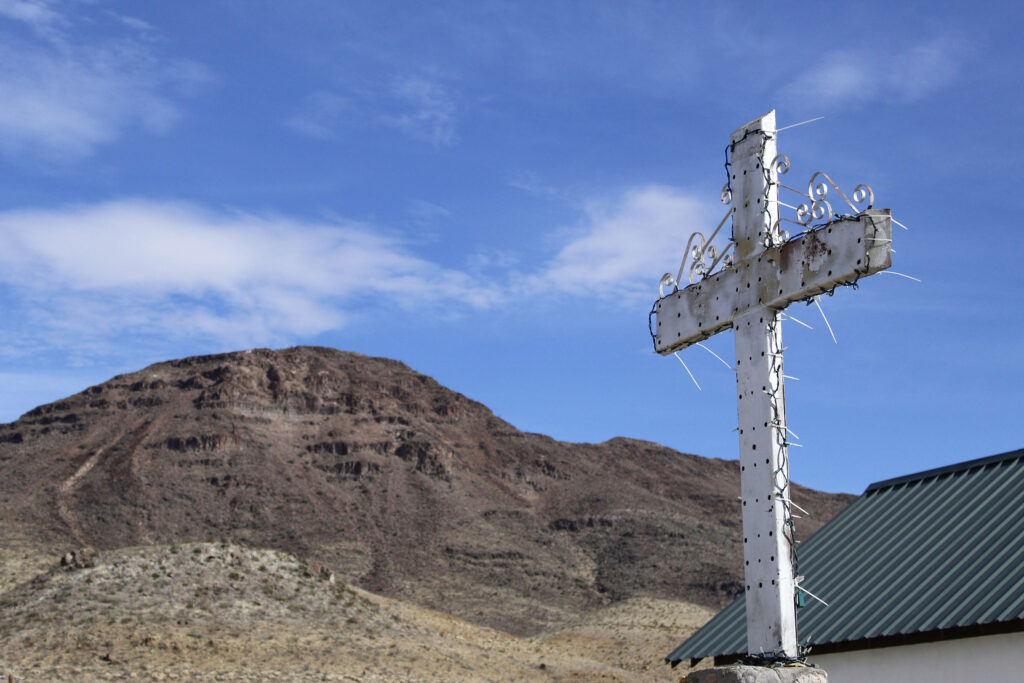 The Sacred Heart Catholic Mission Church in Shafter, captured in a photo titled “Church.” Photo by Morgan Page, courtesy of Bones of Texas.

“Our plan is always the next trip,” Page says. “Our next trip is to visit several towns west of Lubbock, and we always think in terms of the next trip. There are no plans for a last trip.”