A Tale of Two Cities: Stephenville, Bandera, and the ‘Cowboy Capital of the World’

Both towns claim the title, and history shows they both have good reasons to keep it 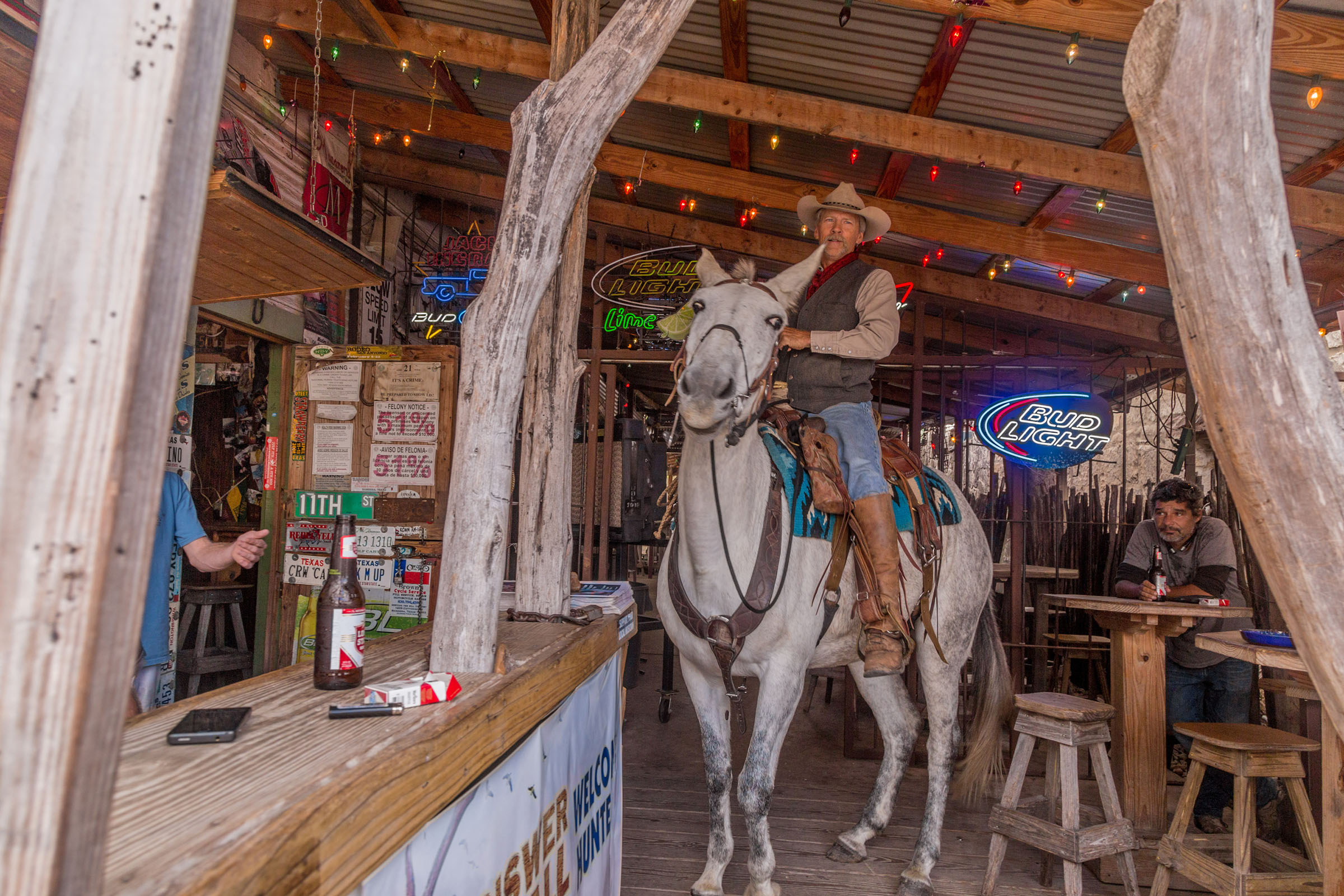 A cowboy on horseback stops at the 11th Street Cowboy Bar in Bandera. Photo by Will van Overbeek.

Texas is so large and so vast that it’s home to not just one town known as the “Cowboy Capital of the World.” It has two of them, in fact.

Visits to websites for the towns of Stephenville (southwest of Fort Worth) and Bandera (northwest of San Antonio) reveal that both places lay claim to the moniker, “Cowboy Capital of the World.” And that’s just in Texas. Oakdale, California, also uses the name. Dodge City, Kansas, has a Cowboy Capital Saloon and Grill, but it doesn’t appear to make pretensions of being a global capital.

Now, before people start challenging each other to High Noon-style gunfights, a closer look reveals that these two Texas towns are using the names in different ways, and for different reasons. And except for a Southern-style bit of shade here and there, there doesn’t seem to be much ill will between Stephenville and Bandera.

In Stephenville, the name is largely tied to the town’s association with the Cowboy Capital Pro Rodeo Association, which offers a rodeo calendar that runs pretty much year-round from October to September and puts rodeo athletes through to the National Finals Rodeo via the town’s Lone Star Arena.

“It is our draw [to the town],” says Sheila Williams, vice president of the rodeo association. “It was probably 15 years ago that all this came about. We’ve always called ourselves that. We’re not against Bandera; Bandera is different cowboys.”

Williams explains that while Stephenville is largely focused on rodeo culture, Bandera is “more the ranch cowboys,” she says. “They are full of them. I don’t mean to take anything from them.”

When it came to Oakdale, California, however, Stephenville wasn’t taking any bull. They had a public feud over the slogan back around 2008, as documented in The Modesto Bee. “Oakdale was rodeo cowboys just like us,” Williams says. “They had more rodeo cowboys per capita. We had more per square foot than anywhere in the nation or world.” Everything is bigger in Texas, as the saying goes.

When asked if Stephenville should have added “Rodeo” to the Cowboy Capital moniker, Williams doesn’t skip a beat: “We probably should sometime, but we didn’t. It’s just easier to say, and easier read.”

To hear Bandera tell it, Stephenville can call itself whatever it wants, but it doesn’t have the official designation of “Cowboy Capital of the World.”

Rebecca Norton, the executive director of the Frontier Times Museum and chairperson of the Bandera County Historical Commission, says the town worked hard to make its “Cowboy Capital” title the real deal. Eleanora Dugosh Goodley, who passed away last year, was largely responsible for the state designation, Norton says. “She really pushed it through. From what I understand, Stephenville was not too happy about it.”

Goodley worked with politicians such as U.S. Rep. Lamar Smith and Gov. Greg Abbott to get Bandera a State of Texas Historical Marker dated Aug. 31, 2013, declaring Bandera, “Cowboy Capital of the World.” (Speaking of historical markers, nominations for new ones are now being accepted, with applications due May 15.)

Patricia Moore, executive director of the Bandera County Convention and Visitor’s Bureau, says Bandera’s claim to the title is that it was the designated starting area for the Western cattle trail. But, she acknowledges, “Stephenville appears on it, the trail did go near that.”

For both towns, cowboy culture is still out on display regularly, not only with tours, but in their industries and events. In Stephenville, you can visit the Cowboy Capital Walk of Fame, Lone Star Arena, the Great American Lone Star Ranch, and Capital Hatters for all your rodeo cowboy-attire needs.

In the end, both Bandera and Stephenville make good on their claim to being the “Cowboy Capital of the World.” And perhaps that’s all that matters. “I’m very proud of the moniker, and we still live the cowboy way of life in so many ways,” Moore says. “We still have horses riding through town.”