The anthology 'Galveston' was commissioned by the Galveston Historical Foundation, which marked its 150th anniversary in 2021 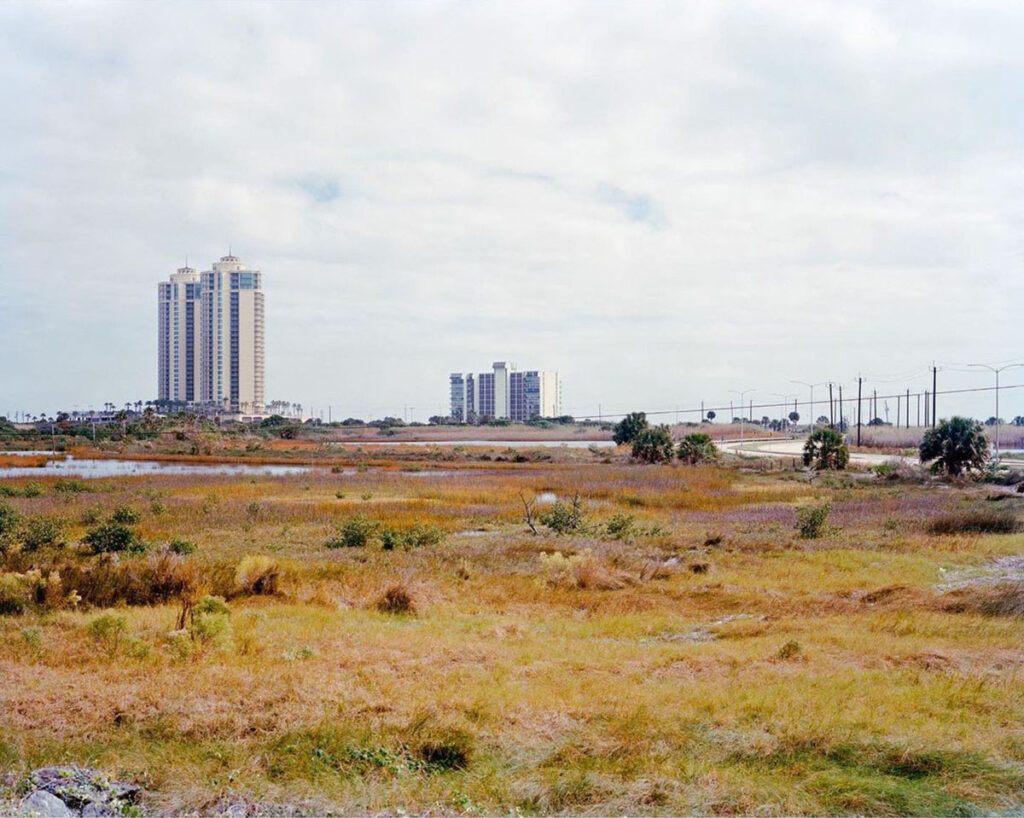 Jason Lee may be most widely known as the titular affable redemption-seeking redneck from NBC’s late 2000s comedy My Name Is Earl, but those sweaty trucker caps Earl favored are just one style among the many hats in Lee’s varied career.

A native of Southern California, Lee was a professional skateboarder in the late ’80s and early ’90s, and he still co-owns skate shop Stereo Skateboards. About 20 years ago, he was bitten by the photography bug. His first published photography collection—a limited edition that’s now long sold-out—was a selection from 10 years of Polaroid-type pictures.

Tickets are $60 and can be purchased from galvestonhistory.org.

Also sold-out but due for a second printing later this year is A Plain View, Lee’s first Texas-based anthology. Focused primarily on the dying small towns in the semiarid areas west of Denton, where Lee lived between 2015 and 2020, A Plain View covers a vast area, especially compared to the geographical limitations of his latest subject, Galveston Island.

Commissioned by the Galveston Historical Foundation to commemorate its 150th anniversary, Lee’s fourth book of photography, Galveston, comes out this month from Film Photographic, Lee’s 208,000-follower Instagram page and book publisher. With only 2,500 copies, it too will likely sell out soon.

As a photographer, Lee’s eye is drawn toward older buildings and the cars parked out front, but not ostentatiously so. He is equally drawn to a squat, functional 1950s liquor store made beautiful by its understated neon as he is to a wedding-cake Victorian mansion in one of Galveston’s gaslight districts. He has a deft eye for the mildly absurd—a stretch limo parked in the driveway of a house smaller than the car, or giant painted cowboys pointing the way toward businesses long since closed—combined with a nostalgic melancholy.

A photographer with a knack for nostalgic melancholy? Just what the doctor ordered to cover Galveston, the seaport metropolis that was not to be. Texas Highways spoke with Lee about his new book, the romance of Galveston, and his love of many things vintage. 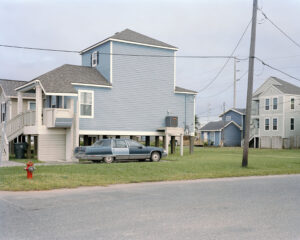 TH: So I understand the people at the Galveston Historical Foundation were big fans of A Plain View, and that’s how the project got going?
JH: Yes, and I thought that was really cool. I had spent a month in the car with my cameras for my book, but never got far enough south to see Galveston, and then after I had moved back to California, it was a nice coincidence that they reached out to me. Through that, I was finally able to get onto the island.

TH: There’s a real stillness to the photos. Were you getting up super early in the morning? Even downtown, there are no people around.
JL:  It was November of 2020, so we were all masked up and everything. And the island was beautifully eerie—it was outside of the holiday hustle, the rush, and it was in the pandemic, so the island was like a ghost town.

TH: I liked the way you photographed the city from across large expanses of the Gulf or bay or fields of grass, sort of highlighting the oddity of the one-skyscraper skyline where no skyline should be. How prepared were you for what you found?
JL: I had seen the book that Howard Barnstone did in ’66 [titled The Galveston That Was], with the photographs by Ezra Stoller and Henri Cartier-Bresson. I know that that book was more about presenting the architecture with the aim of getting some support to help renovate and preserve it, and it was apparently successful at accomplishing that. But I also knew that Galveston was probably more than just old buildings. I wanted to explore the island, and I did that.

I drove through the neighborhoods. I drove to the very tip of the East End, and I drove to the very tip of San Luis Pass. And the idea was to show a place as it is in Galveston. It has beaches. It has houses on stilts. It has typical residential areas and trees. And to sort of put it all into one. That’s Galveston. That’s what Galveston looks like to me. I just wanted to show it as it is. 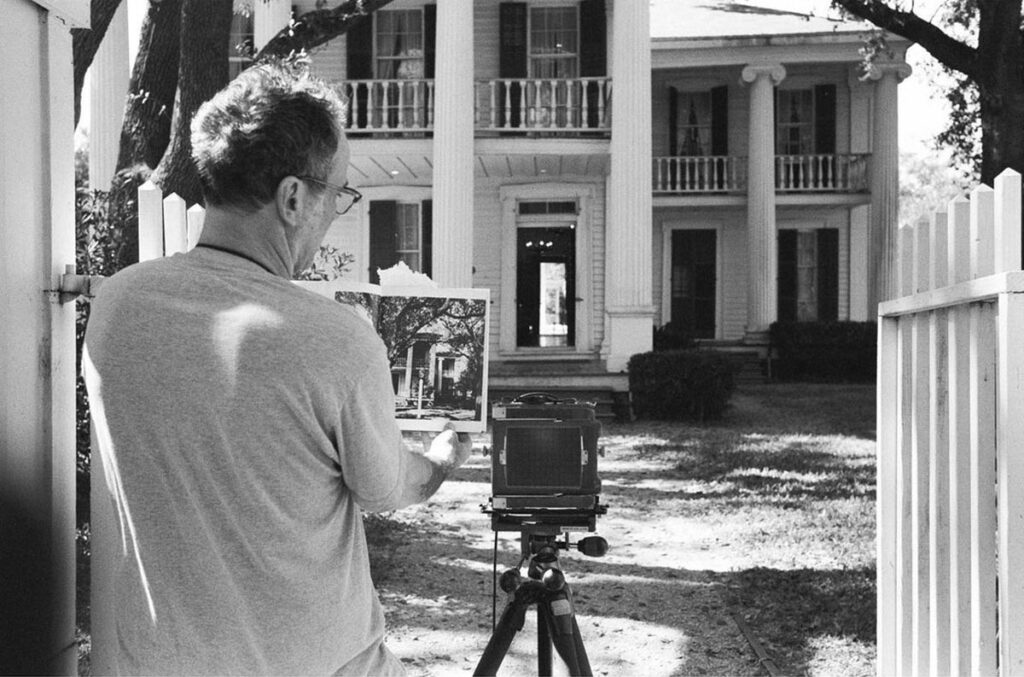 TH: I noticed we were born the same year and that we are of this kind of in-between generation, technology-wise. We’ve gone through everything from LPs and 8-tracks to the cloud. We remember the world before computers and the internet. I see this hybrid approach in your work—you take pictures with film, but post them on Instagram. It reminds me of musicians who record analog but whose music winds up digital anyway.
JL: And I’m listening to vinyl and I’m reading books versus reading past books on tablets because I like the way books smell, especially secondhand books. It’s not being stuck in the past—it’s that these things still exist on the planet that are of value. And, so, we don’t have to throw the baby out with the bathwater because there’s some new iPhone or some new way of reading books.

TH: Is that how you approach photography?
JL: I am trying to frame (not reframe) the mundane in a way that people will reconsider it. This is my motivation.