A collaboration by Texas Tech University educators John Poch, a poet, and Jerod Foster, a photographer, highlights some of the state’s most beautiful terrain. 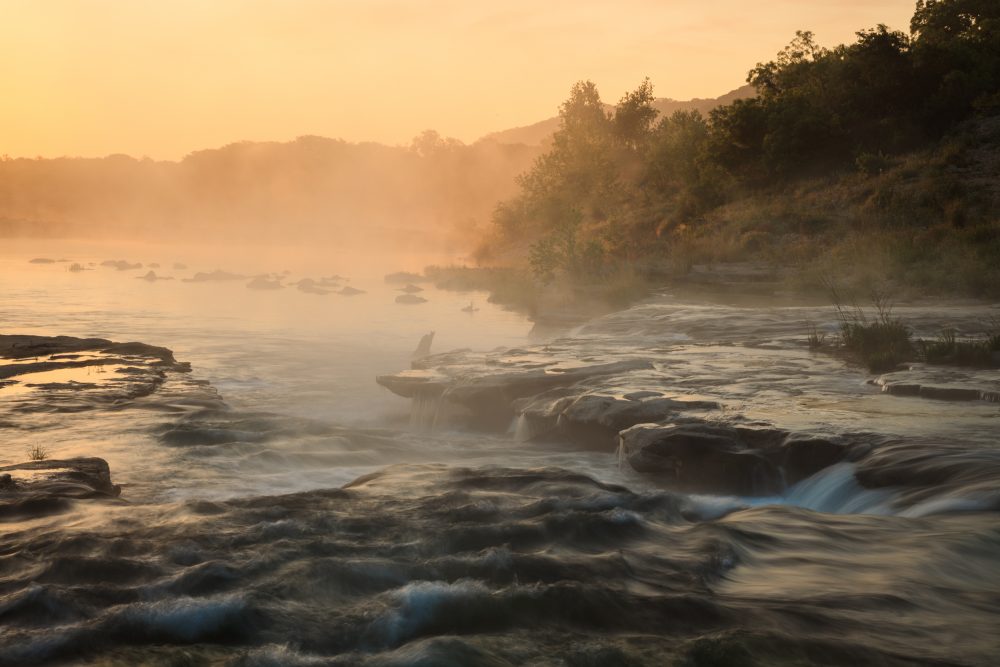 The Llano River near Junction.

Two Texas Tech University educators—one a photographer, the other a poet—have collaborated to create a coffee table book highlighting some of the state’s most beautiful terrain.

Released this year by Texas Tech University Press, Between Two Rivers celebrates the world between the Rio Grande in northern New Mexico and the Brazos River in Texas. It features the poetry of John Poch and photography of Jerod Foster.

“It’s everything from the big skies out here in the plains country to some pretty unique spots on the Llano River,” says Foster, an associate professor and assistant dean in the College of Media and Communication and the author of seven books on photography education.

From a foggy sunrise on the Llano River to swirling Dolan Falls on the Devils River, the book provides a glimpse of some rarely publicized sites on private ranches and preserves. 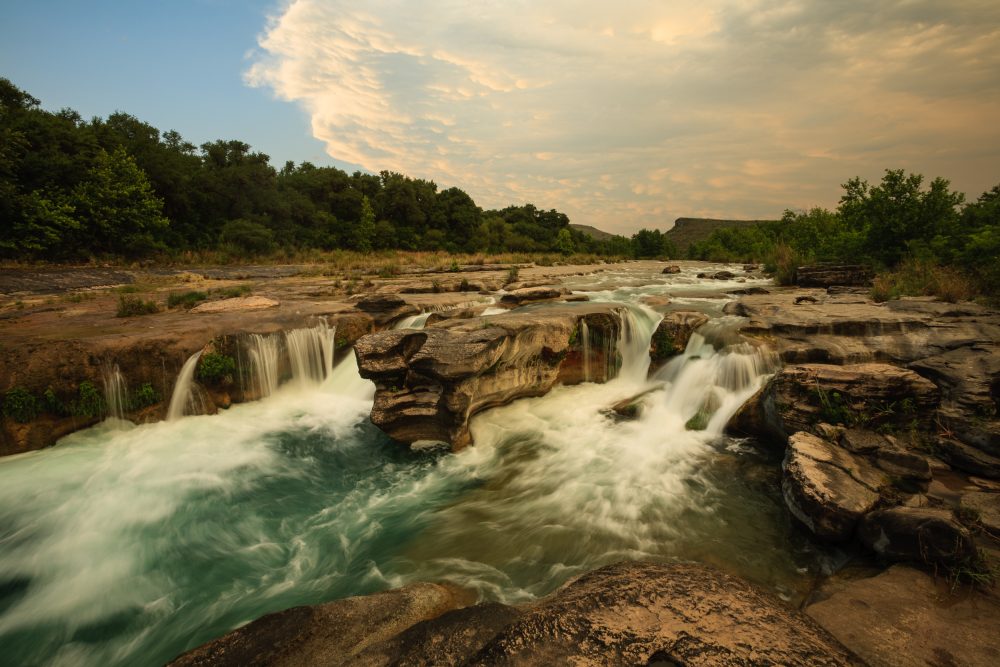 Dolan Falls on the Devils River

“So many parts of Texas are unseen,” Foster says. “If I get access, I feel like there’s a part of me that’s obligated to share it with other people. Texas has a lot to offer.”

Foster, a native Texan who was raised on a cattle ranch near the small town of Paradise, grew up living the stereotypical Texan life.

“My family worked hard and had a great sense of land stewardship,” he says. “It tied me even more so to those ideas of Texas and at heart what Texans are really proud of—that work ethic and community-founded approach to living life.”

John Poch penned the accompanying poems, which reflect the landscape and people who populate it. The book marks his sixth published collection.

“Because Lubbock has no moving water to speak of—and I’m not from West Texas—it kind of drives me mad to not see moving water. (My family and I) escape to the mountains every summer, usually northern New Mexico. I write about what I experience in life, and end up with a bunch of river poems.”

Foster had focused his work on South Texas, and Poch had written extensively about New Mexico. Each pulled from past work, then wove in recent explorations to create the book.

“I’ve often talked with my wife about how some of the most beautiful places we’ve ever been, landscape-wise, are some of the most difficult, terrain-wise: violent storms, places with  rattlesnakes and cactuses, spiny things that are dangerous. Those places generate a kind of beauty you can’t get elsewhere,” he says. “You want a poem that has complexity and difficulty in it, and I think that’s made for the Texas landscape.” 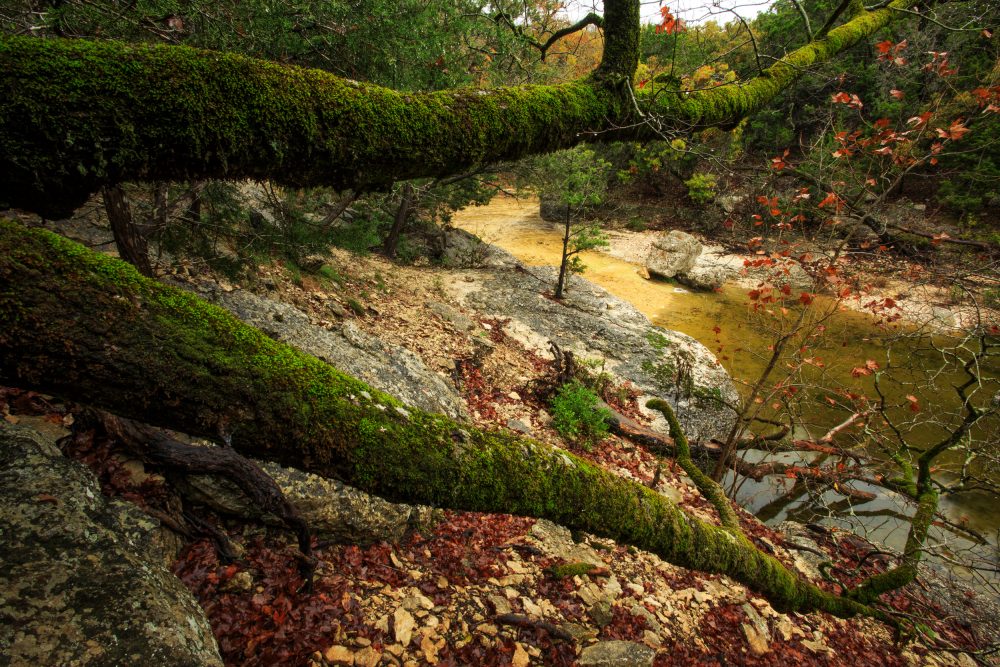