The historic Boerne building and former sheriff’s living quarters features a recreated moonshine still, baskets made from armadillo skins and many other artifacts. 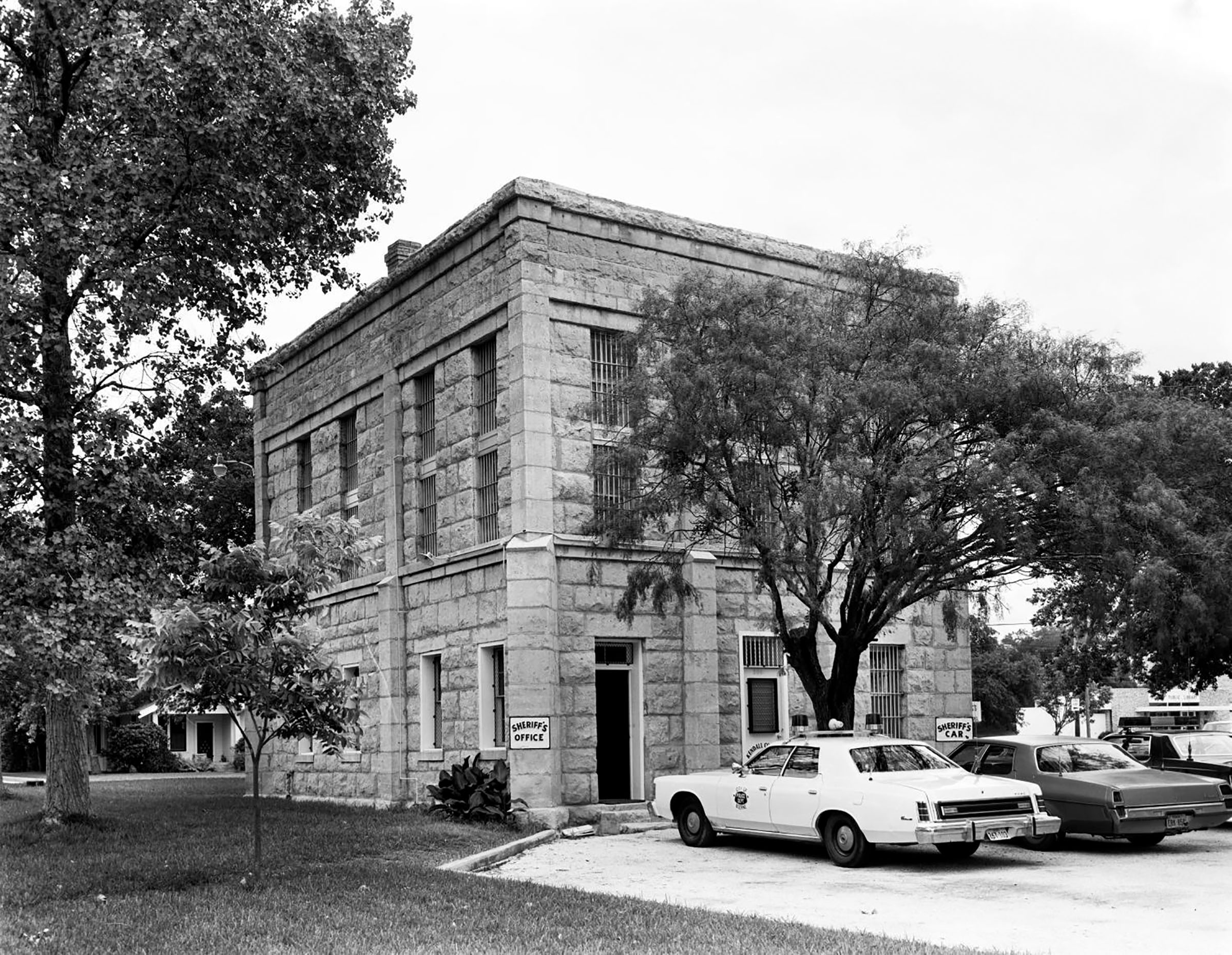 About five years ago, Paul Barwick, the City of Boerne’s special projects director, attended a presentation by local historian Dean Sprowl about Camp Verde and the Camel Corps. Afterward, the two men struck up a conversation and came upon the idea of restoring the old county jail on San Antonio Avenue.

The men—both collectors of historical artifacts and committed to preserving Kendall County history—agreed that restoring the jail would be a great way to educate members of the county’s distinctive past.

“This is local history,” Sprowl says, “and we want to educate the kids and the newcomers because we have a lot of great history, from the Texas Rangers to the armadillos to the bats.” 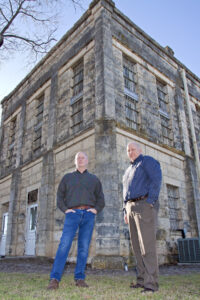 It took Sprowl (left) and Barwick (right) four years of countless hours and hard work to turn the old jail into a museum dedicated to Kendall County History. Photo by Ron Pritchett.

Barwick and Sprowl started the Friends of the Kendall County Historic Jail and secured a 10-year lease of the building, which the county was using for storage, to begin restorations. Four years later, the Old Jail Museum opened this May, featuring permanent and traveling exhibits, historical photographs, and display cases of Kendall County artifacts.

German immigrants first settled the area in the 1840s, but Kendall County wasn’t created until 1862 when, residents of Boerne and Sisterdale petitioned the Texas Legislature for a new county. Lawmakers carved Kendall County out of nearby Kerr and Blanco counties, giving it prime land to attract farmers and ranchers.

“Everything in the whole museum is original,” Sprowl says. “It’s all Kendall County related, and we plan on keeping it that way because all the people who’ve seen it think, ‘Oh, I had no idea.’ They just thought it was a jail, so that’s the surprise factor.”

Originally built in 1887, the jail building is actually Kendall County’s third jail. The jail was in use for 99 years with it’s last prisoner being housed in 1986 before a newer and bigger jail was built to replace it. After the closure, the building was turned into an office space for local extension agents and then became storage space for county records. 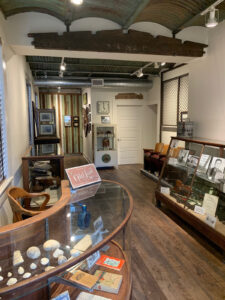 The ground floor, which used to house the living quarters and kitchen for the sheriff’s family, now houses exhibit space. On display, the museum has a novelty armadillo skin basket and lamp made by the Apelt Armadillo Farm; an entire room dedicated to the famous exhibition marksmen Adolph and Plinky Toepperwein; artifacts from the San Antonio and Aransas Pass Railway Co., which brought many coastal Texans to the Hill County; and a display on the bank-robbing Newton Boys, who hit the Boerne State Bank.

Additionally, Barwick and Sprowl have taken the old entrance room for the jail and turned it into an exhibit that honors local law enforcement—past and present. The room also features a poster that honors all of the officers who have died while serving Kendall County, including Sheriff Douglas Kuebel, who is the only Kendall County sheriff to have lost his life while on duty. Kuebel was shot in 1971 while investigating a domestic disturbance about six miles north of Boerne.

Upstairs, visitors can see the the old jail’s four original steel-clad cells, which had a capacity of 12 inmates at the time. Inside the cells, you find the words, drawings, and even calendars that the inmates scratched into the walls.

Also on display upstairs is a recreated moonshine still that recalls the Prohibition-era operation that took place in Cave Without a Name; and items that came from Lex Sanitorium in Boerne.

Sprowl says one of his favorite exhibits highlights the experimental World War II bat bombs, which utilized Mexican free-tailed bats from the Hill Country. A recreated bat bomb shows the bomb-shaped casing that contains roughly a thousand small compartments where the bats would hibernate. When dropped, the casing would open to release the bats with incendiaries attached to them, so they could travel a distance and roost in attics before igniting. Codenamed Project X-Ray, the intended target was the largely wooden Japanese cities, but the weapon was never used.

Barwick and Sprowl are so proud of how the project turned out and can’t wait to share Kendall County’s history with everyone who walks through the door.

The Old Jail Museum, 208 E. San Antonio Ave. in Boerne, opens Saturdays 10 a.m.-5 p.m. with a $5 admission price for adults and free admission for children under 12, veterans, and law enforcement. Special tours are available by appointment and additional charge. To schedule a tour or contact the museum call (830) 428-6191 or email [email protected]