From Glen Rose to Los Fresnos, moonshine is making a comeback at museums and distilleries 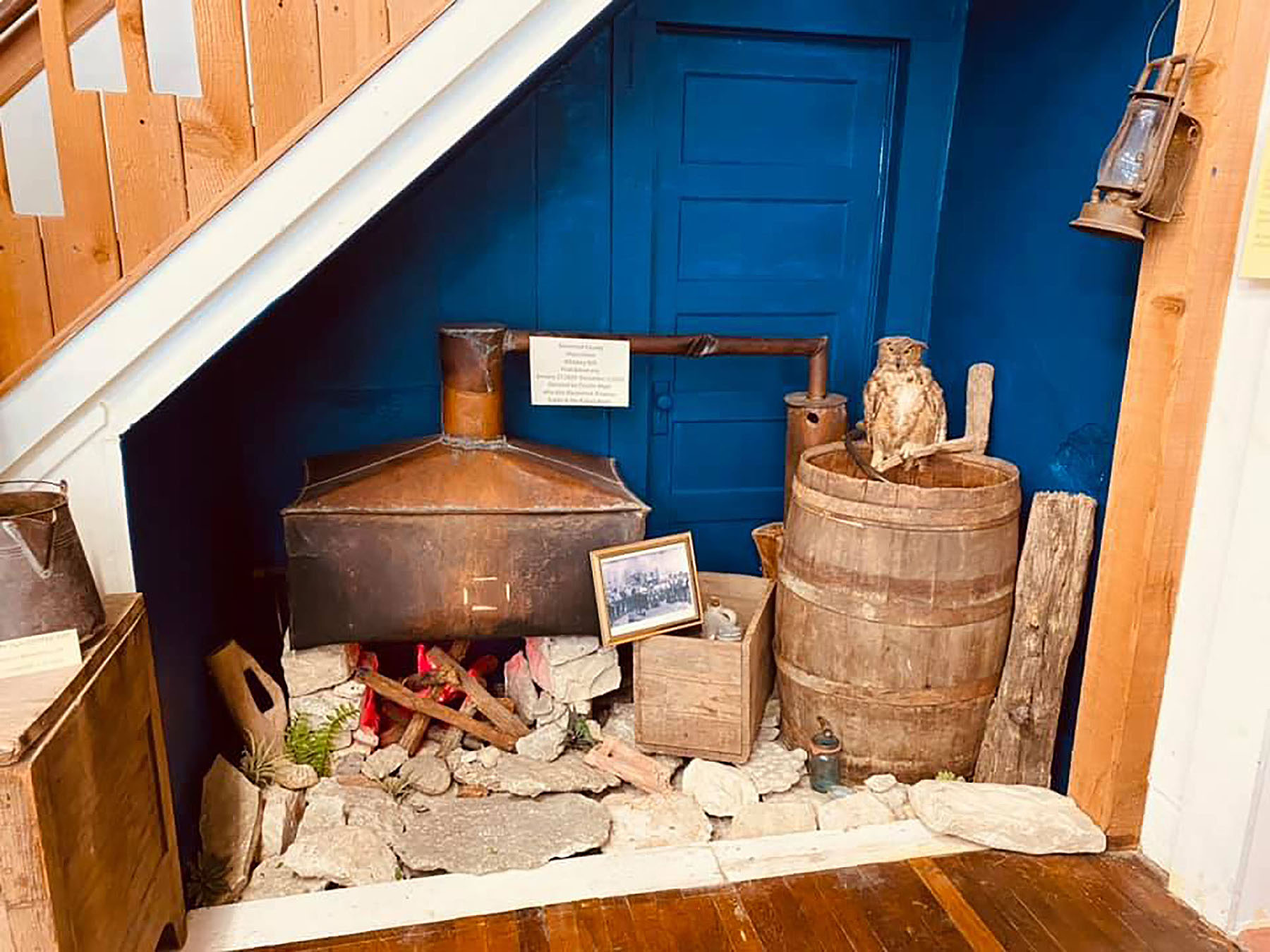 Charlie Moss donated this still to the Somervell County Historical Society Museum in Glen Rose when the museum opened in 1965. Moss had made moonshine with the still during Prohibition, and he is also credited with discovering the Glen Rose sauropod tracks. Photo by Dennis Moore; courtesy Somervell County Historical Society Museum.

Thursday, June 3, is National Moonshine Day, and although there isn’t an official Texas Moonshine Trail, there are plenty of places to visit to learn more about the history of illegal distilling in the state. You can even try some hooch made from old family recipes while you’re at it.

When trekking for moonshine in Texas, the village of Glen Rose is a good place to start. Nestled on the Paluxy River and honeycombed with springs and streams, the limestone hills and cedar breaks of the area once harbored so many DIY distillers that the town later became known as the “Moonshine Capital of Texas.”

You can see an actual century-old moonshine still at the Somervell County Museum, located on Vernon Street across from the county courthouse. The retro sci-fi-looking gizmo with its copper tank and coils was used to cook moonshine during Prohibition (1920-33) by Charlie Moss, who donated it to the museum in 1965. “Charlie is also credited with discovering the sauropod tracks in the Paluxy,” says museum associate Dennis Moore.

Stone Hut Fossil Shop, about five minutes from the museum, is housed in a cabin where “185 proof” moonshine was sold for $2 a jug. And on Old US 67, the petrified-wood ruins of a gas station that became a speakeasy offer another atmospheric experience of lingering spirits de shine.

Out in East Texas, Woodville’s Heritage Village Museum displays a replica still. But museum Director Ofeira Gazzaway says the replica turned into the real thing at one point, as museum documentation notes someone stole the still and used it for a while.

There’s also a recreated still in the Old Jail Museum in Boerne, which just celebrated its grand opening. The still recalls a Prohibition-era subterranean moonshine operation in Kendall County’s Cave Without a Name. According to a San Antonio Express-News article about the cave-turned-events venue, “The group distilled illegally during the Prohibition Era in the 1930s. While walking down the stairwell to enter the cave’s showrooms, you can still see the soot and ash from the brewing process on the walls.”

Though moonshining was illegal, enforcement varied. As agricultural prices fell through the 1920s, many turned to shine out of economic desperation. Local lawmen, knowing that moonshine fed families, often looked the other way. Once, when outlaw Clyde Barrow purchased a bottle from a bootlegger in Lufkin, the county sheriff was replenishing his own supply on the other side of the moonshiner’s house. Country singer Jimmie Rodgers reportedly gifted the shiner a 78 rpm recording when he stopped by to grab a jug.

Still, many moonshiners were sent to the slammer. Dozens were arrested, including the county prosecutor and sheriff, in Somervell County in 1923. As retired police officer Martin Brown wrote in his 2017 book, The Glen Rose Moonshine Raid, at least one moonshiner and a government informant were killed during the state government crackdown.

Fairfield, the county seat of Freestone County near the Dallas-Fort Worth area, saw its fair share in the moonshine trade—until the “Freestone County Moonshine War” of 1928 turned tragic when a Texas Ranger was killed. “Freestone County,” reports the Fairfield Chamber of Commerce, “gained national notoriety for its production of the best ‘moonshine’ in the country and has the dubious honor of being mentioned for this fact in U.S. history books.”

Down in Los Fresnos, Rio Grande Distillery produces Magic Valley Moonshine in several fruit flavors and one called Hillbilly Sunrise. Jerrod Henry, the distillery’s founder and master distiller, learned the moonshine arts while growing up in the Ozarks. For those who like the straight stuff, there’s 90 proof Magic Valley Moonshine White Mule. As Henry says, “You’re sipping on American history every time you drink moonshine!”