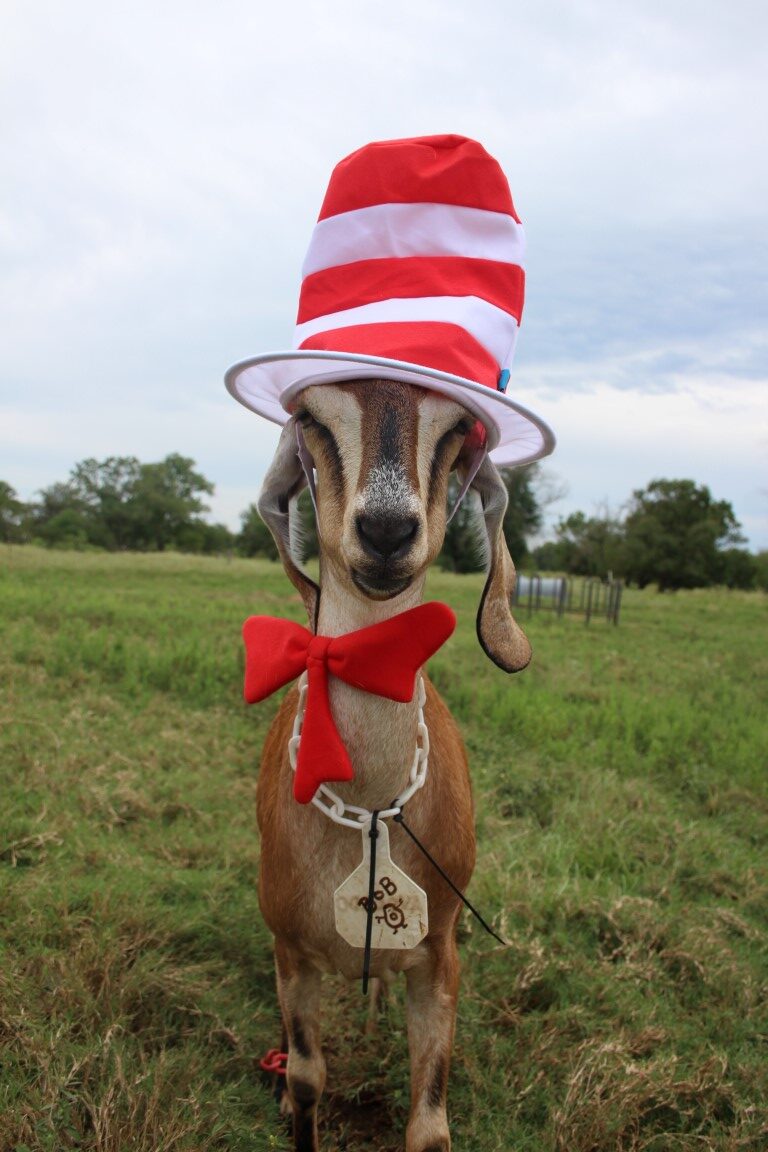 Lisa Seger knows a thing or two about Halloween costumes, especially for goats.

Since 2012, the co-owner of Blue Heron Farm, a 10-acre goat dairy farm just outside of Houston, has been dressing up its herd of Nubian goats in various costumes, all in the name of Halloween spirit and for the farm’s social media accounts.

Seger and her husband, Christian, have been farming goats on their plot of land since 2006. Today, they have 37, along with a smattering of other animals, including two guard donkeys that keep stray dogs and coyotes from getting to the goats. Normal operations entail milking and cheesemaking (products include chevre and yogurts), but for 10 glorious weeks per year, the goats in costumes steal the spotlight.

The idea to dress up the herd just came to her, Seger says, but experience has taught her that not any old costume will do. “They’re all head-based costumes,” she says. “You can’t wrangle a goat into pajamas.”

Once a goat is in costume, Seger snaps a photo and posts it on social media. Recent posts have included a Thor costume and a very convincing Abraham Lincoln. The Halloween costume photo parade continues weekly and is part of a buildup to the farm’s annual Halloween tour, which takes place this year on Oct. 31. 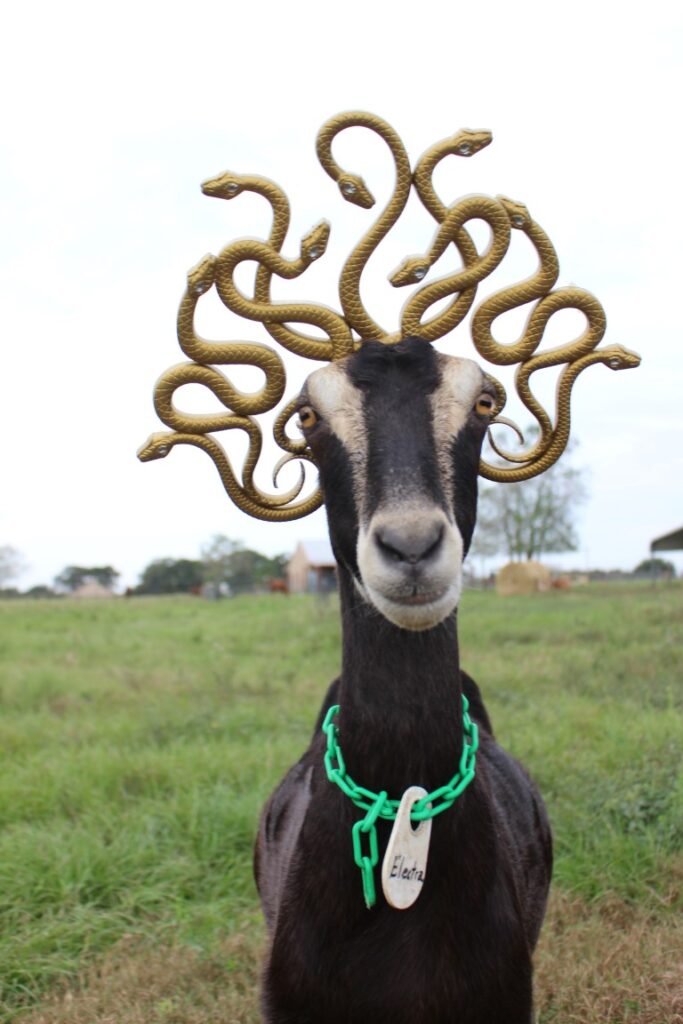 A question that may be crossing your mind: Do they even make costumes for goats? Well, not exactly. As Seger explains, the costumes are technically kids’ costumes, along with a few adult ones, as some of the goats’ heads are a bit too big to fit into a child-size headpiece.

Initially, Seger bought one or two outfits, but as time went on, she realized it wasn’t sustainable to buy costumes every year, so she started utilizing Amazon Wishlist. Fans of the farm buy costumes from the list Seger compiles, choosing options that seem like good fits for goats. (Each goat is named; in true Halloween spirit, one rambunctious goat is called Rosemary’s Baby.)

When it comes to matching each goat to a costume, it basically comes down to who’s closest and most cooperative. “I have about 10 who will wear anything,” Seger says. “They get most of them because they are good models. Electra is the very best model. But I try whoever is near me when I’m out there, with a few exceptions that never cooperate.”

After taking a year and a half off due to the COVID-19 pandemic, Sunday tours at Blue Heron resumed on Oct. 17. This year’s Halloween tour coincides with the farm’s 15th anniversary, and guests are encouraged to bring the family and wear costumes, and, if so inclined, you can BYOB. Everyone will have a chance to meet the goats, swing at a piñata, and spend a few hours enjoying the outdoors at the farm.

Unfortunately, you won’t see the goats in full regalia during the Halloween tour. “I mean, they would be chomping at them and eating them off each other’s heads,” Seger says. But guests are more than welcome to bring a head-based costume and try and slip it on a goat for a picture. You may just get your own goat selfie—a goat-ie, if you like.