In Galveston, Reenacting the Famous Order of Juneteenth Has Special Meaning

Reenactor Stephen Duncan reads out the famous words that announced the end of slavery in Texas. But did the major general do the same? 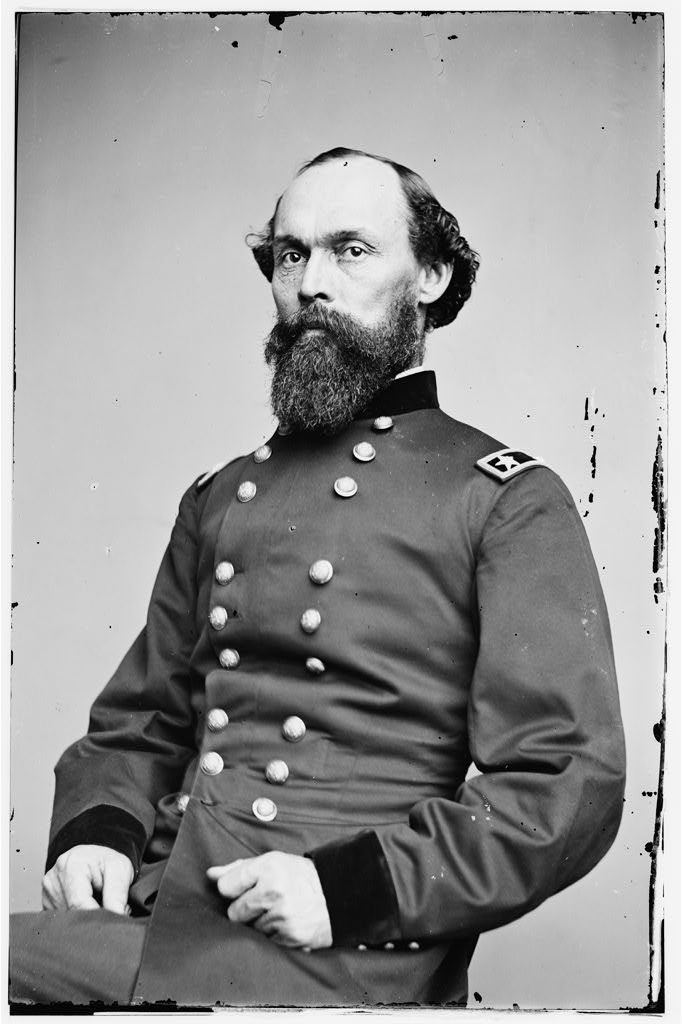 You get the sense from Stephen Duncan that he feels like an actor who dropped in at London’s Globe Theatre on a whim, requested to be cast as Hamlet, and was given the role on the spot.

It was pretty much that easy for Duncan to secure the part of Maj. Gen. Gordon Granger, the Union Army officer whose General Order No. 3 delivered the last slaves in the Confederate States of America from slavery on June 19, 1865. That day is now enshrined as Juneteenth and a federal public holiday, which the Galveston Historical Foundation honors with a reading of the proclamation by Duncan as Granger.

Duncan, a native of Oklahoma and a descendant of Union soldiers, says he sought the role because he wanted to honor the memories of his ancestors in New York’s “Fighting 69th.” The ethnically Irish militia was originally formed stateside to return to Ireland and bring down British rule there, but went on to bind itself to the Union during the Civil War.

Seven years ago, during the preparations for the 150th anniversary of Juneteenth, the Galveston Historical Foundation offered him the role as the major general. One $400 historically accurate Union general’s uniform later and the role was his, and it’s one that brings him enormous amounts of enjoyment.

After all, he gets to deliver these lines from the General Order No. 3: “The people of Texas are informed that, in accordance with a proclamation from the Executive of the United States, all slaves are free. This involves an absolute equality of personal rights and rights of property between former masters and slaves, and the connection heretofore existing between them becomes that between employer and hired labor…”

“It was just the coolest thing that could be said when all the slaves were finally able to be free,” says Duncan, who works as director of fine arts at the Galveston Independent School District and has a doctorate in sacred music. “I’ve lived in other places with a large African American population, like Memphis, and I know what a watershed moment that is for them.” 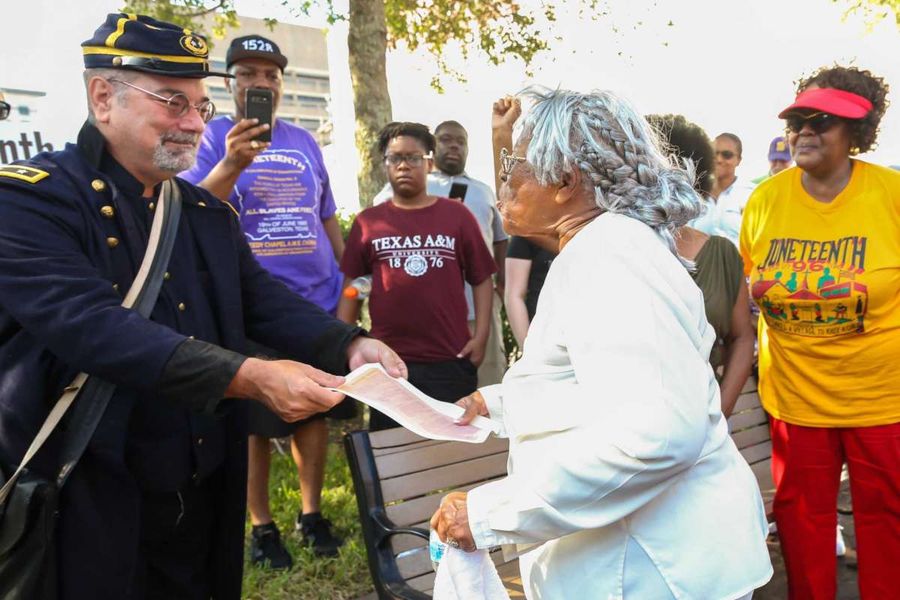 Stephen Duncan, who plays Maj. Gen. Granger, presents a copy of the order to Miss Opal Lee, the “grandmother of Juneteenth.” Photo by Andy Hall, courtesy of Stephen Duncan.

“But it’s far from perfect,” he adds. Indeed, you can see the seeds for Jim Crow’s foul harvest planted in General Order No. 3 itself, in this part: “The freedmen are advised to remain quietly at their present homes and work for wages. They are informed that they will not be allowed to collect at military posts and that they will not be supported in idleness either there or elsewhere.”

Furthermore, and far less problematically, there is probable fact that neither Granger nor anybody else ever publicly read General Order No. 3. Duncan himself holds that view.

“Ashton Villa is a great place to hold this event because it’s a beautiful building and it’s still there,” Duncan says, referring to the period-appropriate 1859 mansion that was restored by the Galveston Historical Foundation and now serves as a venue for weddings and special occasions including the organization’s annual Juneteenth event.

If it had been read publicly, the likely location would have been at the Osterman Building at 22nd and Strand streets, which served as the Union headquarters in Texas during the war. A historical marker now stands on the site of the long-ago demolished building, and the parking lot that took its place resides in the shadow of Galveston’s huge, new Juneteenth-themed “Absolute Equality” mural.

“But I don’t think he would have read it there, either,” Duncan says. “The most common way to promulgate a document like that back then would have been to tack a copy on a wall or hand out a few copies. I am sure that most people found out about it through the Galveston Daily News.”

So, likely no dramatic reading to throngs of newly liberated slaves. At least not there, in Galveston. Expand the promulgation of General Order No. 3 to everywhere in Texas though, where 250,000 slaves were informed of their freedom in the days following June 19, and it’s easy to imagine thousands of such scenes all across Texas.

The Galveston Historical Foundation has a weeklong series of events on tap for this year’s Juneteenth celebration, including church services, a parade, concerts, and remembrances of Congressman Al Edwards, who worked to build awareness of Juneteenth. Stephen Duncan will reenact the general order reading twice on Saturday, first at 10 a.m. at Ashton Villa (2328 Broadway), and second at 3 p.m. at the Galveston Custom House Museum at 520 20th St. The entire slate of events can found here.