The Austin brewery also includes a farm, goats, an inn, and a vineyard with plenty of space to roam 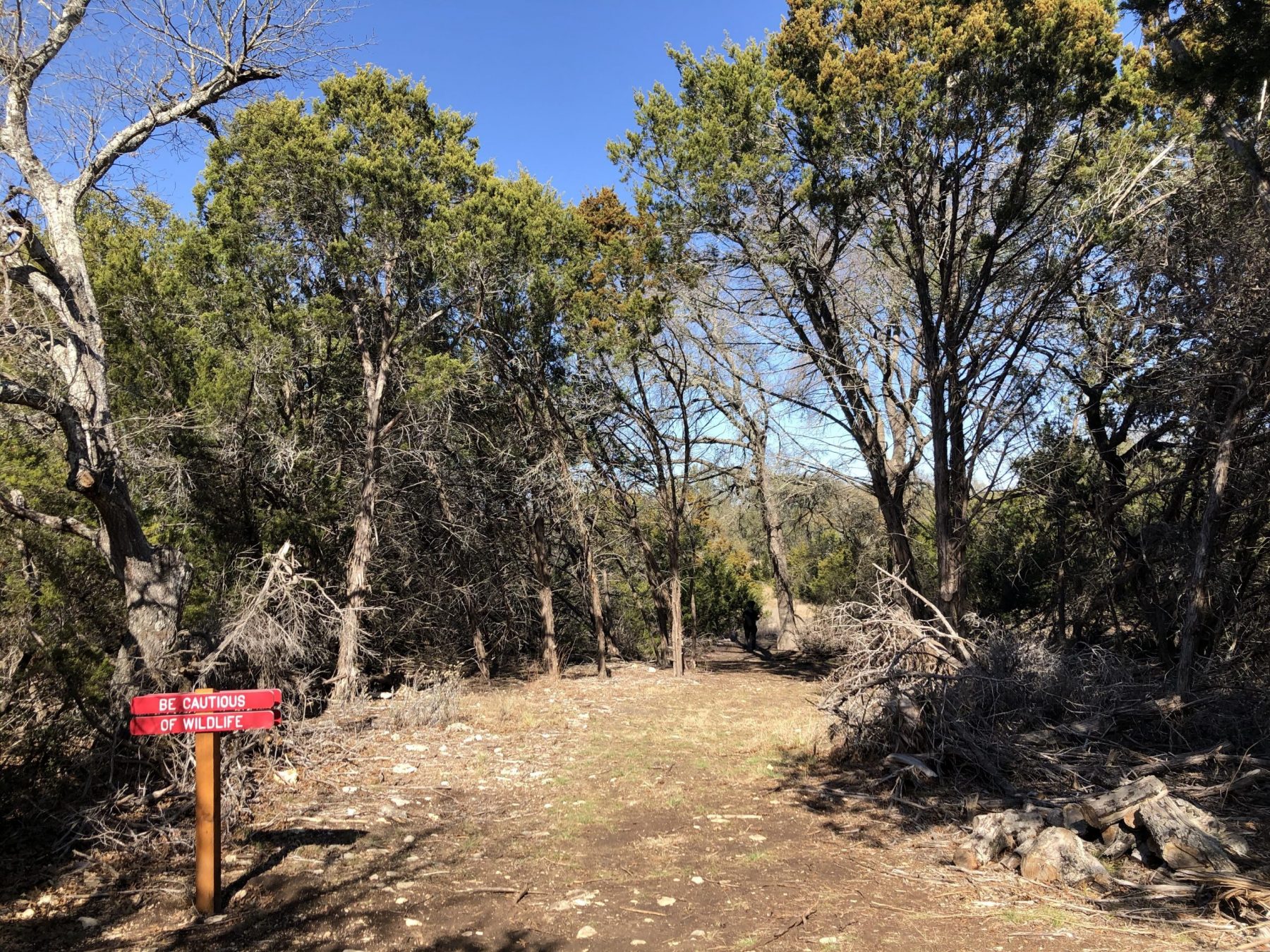 The trail at Jester King Brewery. Photo by Sarah Thurmond.

On a cloudless afternoon, I set out on the new 2-mile trail surrounding Jester King Brewery, located on the border of Austin and Dripping Springs. Because of 70-degree temperature on this “Texas winter” day, the brewery was busy. People and their pups milled around the sprawling 165 acres.

Even before the trail officially debuted last weekend, Jester King was a fun place to socialize while spreading out. But the new addition taps into something else Texans have been craving since March—a connection with nature.

Jester King co-founder Jeffrey Stuffings and his team had been planning to add a trail to the space since 2018 when they bought the land they’d been leasing from the Nemec family since 2009. Their original intention was to preserve a bit of green space from the encroaching metropolis and new residential developments.

They finally got around to carving the trail when the lockdown started last spring and the brewery was closed. “It was therapeutic to work on the land when things were so up in the air,” Stuffings says. 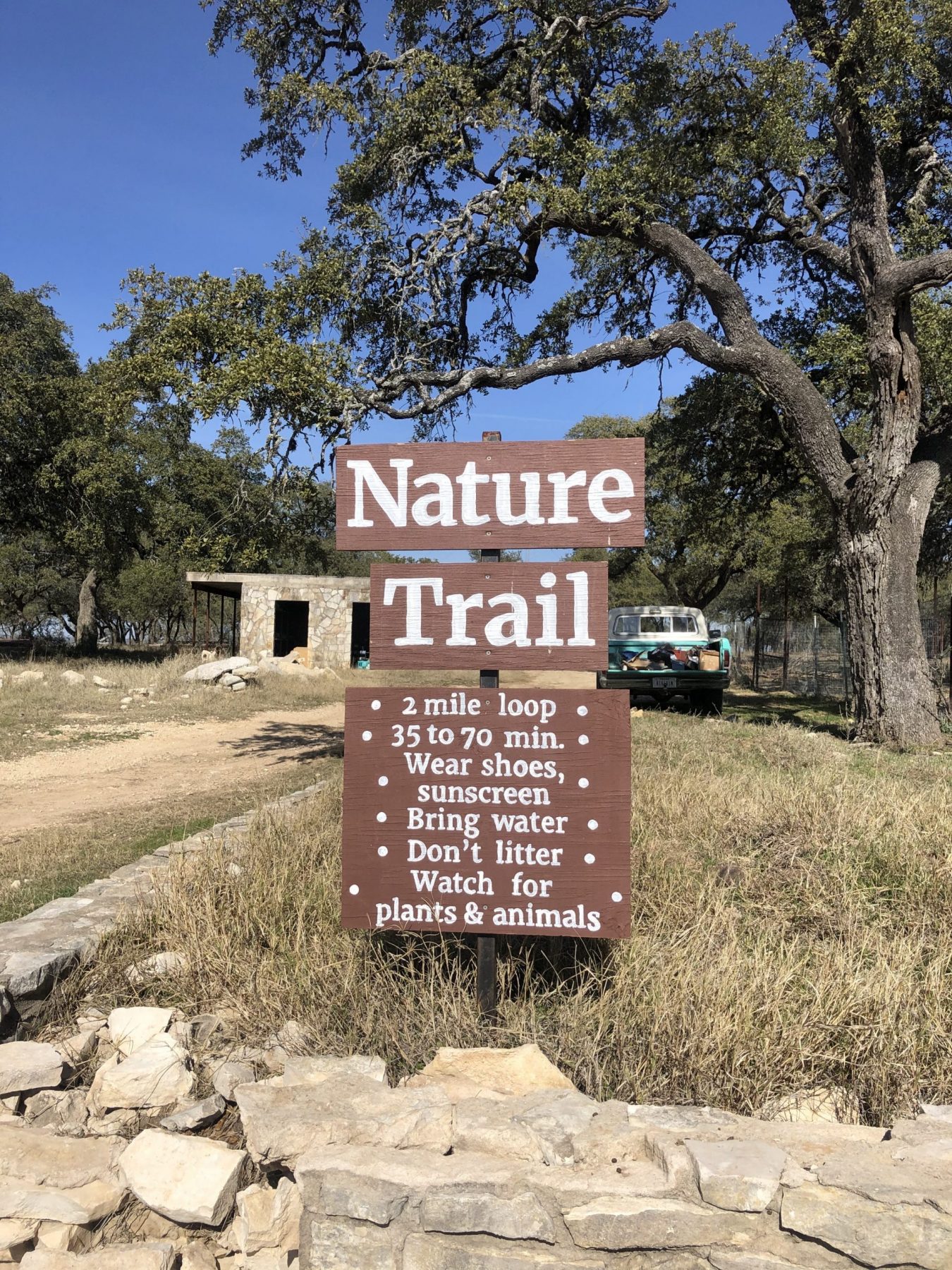 A sign at the entrance of the Jester King Brewery trail. Photo by Kimya Kavehkar.

They followed a natural pathway created by wildlife, cut down some cedar (otherwise known as ashe juniper, an invasive species), and leveled out areas to make for a pleasant hiking experience.

The result is a rocky road lined by live oaks providing ample shade and markers every quarter-mile reminding walkers of their progress. The few other hikers I encountered on the trail brought along their beer in plastic cups with lids. Aside from a steep incline in one section, the trail is flat enough to walk without sloshing beer everywhere. For an easier jaunt—perhaps with kids—the separate half-mile Farm Trail passes by the brewery’s Nigerian dwarf goats.

“I’ve definitely been doing a lot more outdoorsy stuff in the last year to feel like I’m still doing something and getting out, but in a safe way,” Olivia Crouch, an Austinite who I encountered on the trail, said. “I really like the way they have everything set up and how it’s spaced out,” her friend Haruka Gerlad added. 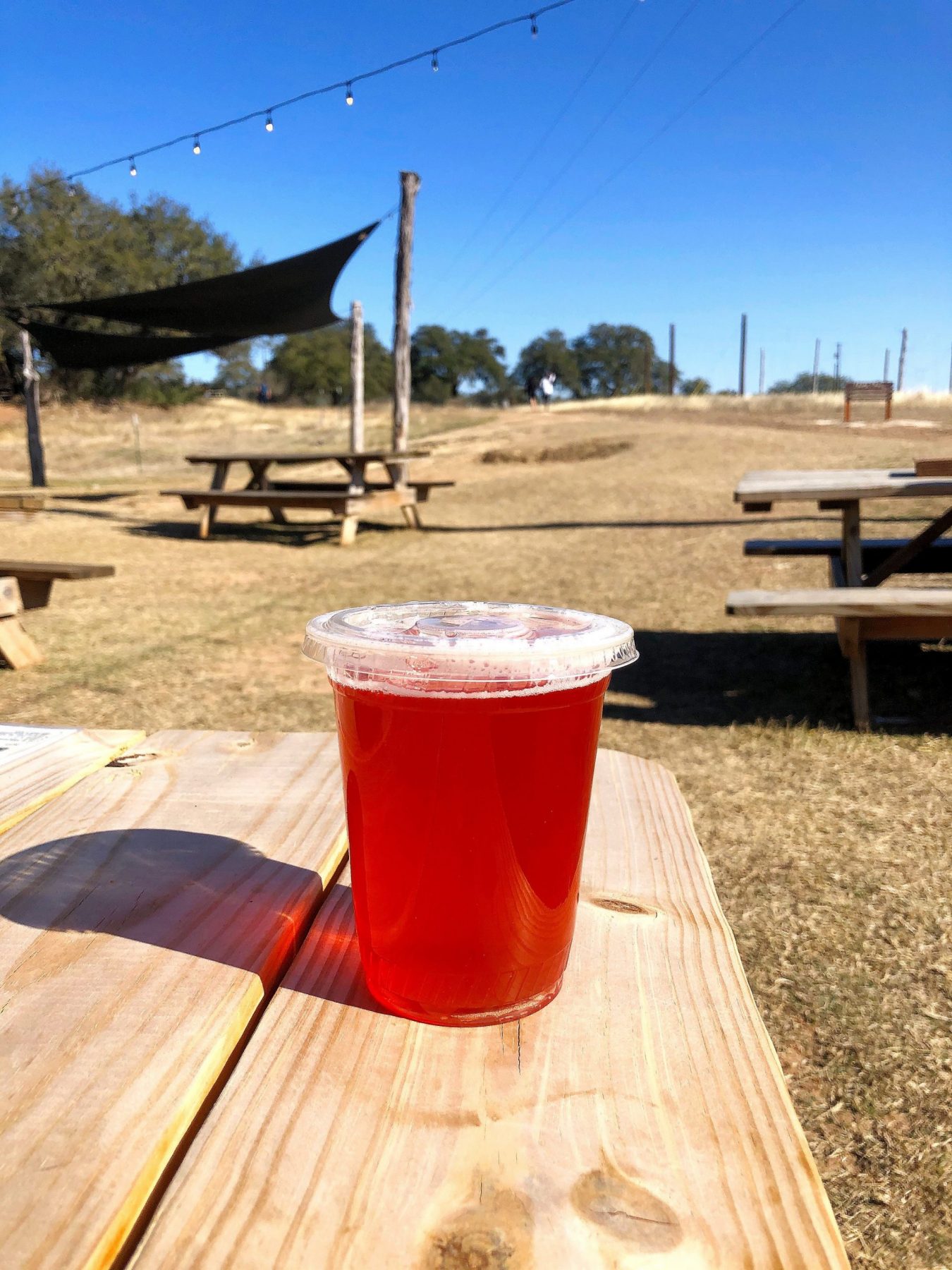 To access the trail and the rest of the Jester King property, you need to make a reservation online. You can select a specific seating area, like the semi-indoors Pole Barn or the more remote Pasture. Customers can order drinks and food on their phones and pick up at the bar. Masks are required when not seated at a table. The whole operation feels well-organized and spacious.

As I sat down to enjoy a post-hike cup of the Cherry Grisette (a grisette is a tart, low-alcohol beer historically served to miners), I marveled at all the things Jester King encompasses, including an almost-mature vineyard, fruit trees, an event hall, and the Tipping T Inn with three houses and two cabins.

“It does kind of surprise people what all is out here when they show up for the first time,” Stuffings says. “They might think, ‘Wow, this is more expansive than what I was thinking.’”

With more room to enjoy, the fresh Hill Country air smells even sweeter.