The annual migration of whooping cranes from the marshes of northern Alberta to the Texas coast has begun, and wildlife biologists hope you can help track their progress. 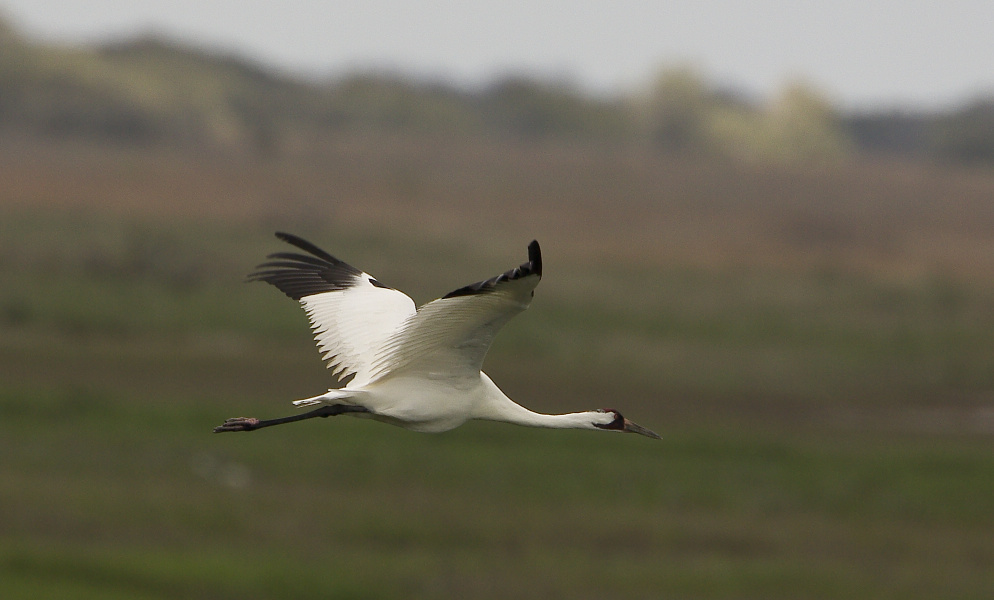 The next time you step outside, look up.

The annual migration of whooping cranes from the marshes of northern Alberta to the Texas coast has begun, and wildlife biologists hope you can help track their progress.

The first pair of the elegant, endangered birds was reported in the Seadrift area on Oct. 9. Since then, sightings have been reported near Rockport/Fulton at Goose Island State Park and Aransas National Wildlife Refuge.

The Texas Parks and Wildlife Department is asking the public to help track whooping cranes by reporting sightings to its Whooper Watch program. If you spot a whooping crane, try to snap a photograph. That provides hard evidence and additional data for researchers. Either report the sighting by emailing tracker@tpwd.texas.gov, or use the iNature app to report it with your cell phone. 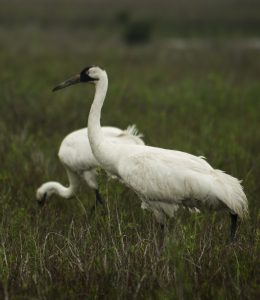 The birds are mostly white with a dash of red across the forehead; dark, spindly legs; and a sprinkling of black at the wingtip. Their wingspan measures up to about 7 feet, and they fly with their long necks outstretched.

Whooping cranes migrate about 2,500 miles each fall; the trip takes up to 50 days. Along the way, the birds face threats from power lines, wind turbines, predators, and harsh weather. They usually travel in small groups, sometimes mingling with other species like sandhill cranes, and stop periodically to roost and feed in agricultural fields and wetlands. Sometimes, they pass through major urban areas like Dallas/Fort Worth, Waco, and Austin.

“They’re such a fantastic conservation story,” Homayoun said. “It’s a great example of what we can do with targeted intervention and advocacy on behalf of these birds.”

The cranes’ population dwindled to 16 in 1942, but since then, numbers have grown. The current population hovers around 500 birds. As their populations grow, the birds are exploring new wintering habitat.

“Even if people think this may not be necessarily important, they should always reach out if they suspect may have seen a whooping crane,” Homayoun said. “We can add to the pool of data to learn more about how they’re doing as their numbers recover.”

Wade Harrell, U.S. Fish & Wildlife Service Whooping Crane Recovery coordinator, said the public should avoid disturbing the birds. “These iconic, endangered species deserve our respect as they migrate through the central flyway,” he said in a press release.

Besides the cranes migrating from Canada, a few whooping cranes from a reintroduced population in southwest Louisiana are occasionally spotted in southeastern Texas, near Beaumont, Harrell said. Those birds are marked with leg bands.

Can’t get enough whoopers? Celebrate the species at the annual Whooping Crane Festival scheduled for Feb. 20-23 in Port Aransas. .