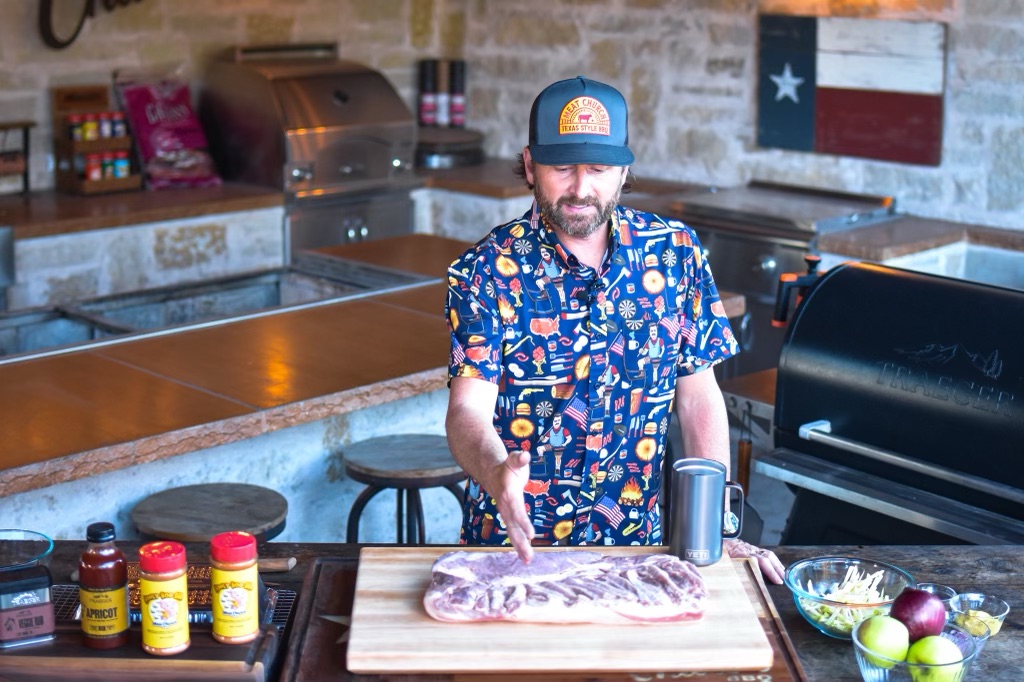 At Meat Church BBQ Supply in downtown Waxahachie, Matt Pittman is the pastor and those seeking a gourmet at-home barbecue experience are his congregants.

The store, which Pittman opened in 2019 in a circa-1890 building, sells everything from sauces and rubs to knives and wood pellets. “Instead of cutting a ribbon, we cut a huge rope of sausage,” Pittman says with a laugh. The expansive merch section, which includes Meat Church-branded T-shirts, beanies, and cutting boards, shows the devotion of Pittman’s followers.

Pittman started out as a backyard barbecue hobbyist, but he didn’t make the typical pitmaster pivot to operating a food truck or restaurant. Instead, he decided to make his mark on the retail side of the industry. Today, Meat Church generates over a $1 million in sales annually.

Born in Tennessee and raised in Alabama, Pittman moved to Texas during his teenage years and—like many smoked-meat enthusiasts—didn’t learn about Central Texas-style barbecue until he made trips to Lockhart and Austin. That’s when he found the desire to replicate those flavors.

Pittman would haul “June,” his smoker, to Dallas Cowboys tailgates. He named his smoker after the grandmother who introduced him to Southern cooking. “My grandmothers taught me to cook from a young age,” he says. “They taught me to take care of people and I still carry that with me today.”

His prowess in the parking lot eventually got him a segment of Showtime’s Inside the NFL. In 2014, he submitted an audition video to BBQ Pitmasters, a now defunct TLC reality competition show. He didn’t make it past the first round, but the publicity of appearing on just one episode led to selling tens of thousands of bottles of his Holy Cow and Honey Hog barbecue seasonings.

“I found Meat Church through Instagram back when I was a backyard guy just trying to learn anything I could about the world of barbecue,” recalls Sunbird Barbecue owner Bryan Bingham. “I immediately fell in love with the entire line of products. I would drive to multiple barbecue supply stores in the Dallas area, just to get my hands on a new or limited release. To this day, I use his seasonings in several sausages I make at the restaurant.”

For the first five years, Pittman ran an online store and also held classes in his backyard. His growing customer base and social media presence landed Meat Church rubs on the shelves of major retailers like Buc-cee’s and Academy Sports and Outdoors. He went on to form partnerships with Traeger grills, Yeti, and Miller Lite. As his profile rose, celebrities like Troy Aikman and Miranda Lambert requested Pittman’s catering services.

But Pittman wanted to get back to the essentials: one-on-one interaction with his customers.

“It lacked the human element of meeting and talking to people,” Pittman says of his e-commerce business.

The store has already impressed locals and visitors in the short time it has been open. Pittman was recently presented with the Mabel Frame Award by the Waxahachie Chamber of Commerce, which recognizes those who make a positive impact on the city’s tourism industry.

“I am constantly learning, growing every day, and adapting my technique,” Pittman says. “That is most fun part about what I do.”