On the 20th Anniversary of 9/11, Cities Across Texas Offer Ways to Pay Tribute

From exhibits and concerts to memorials and parades, there are plenty of ways to honor the victims and heroes of 9/11 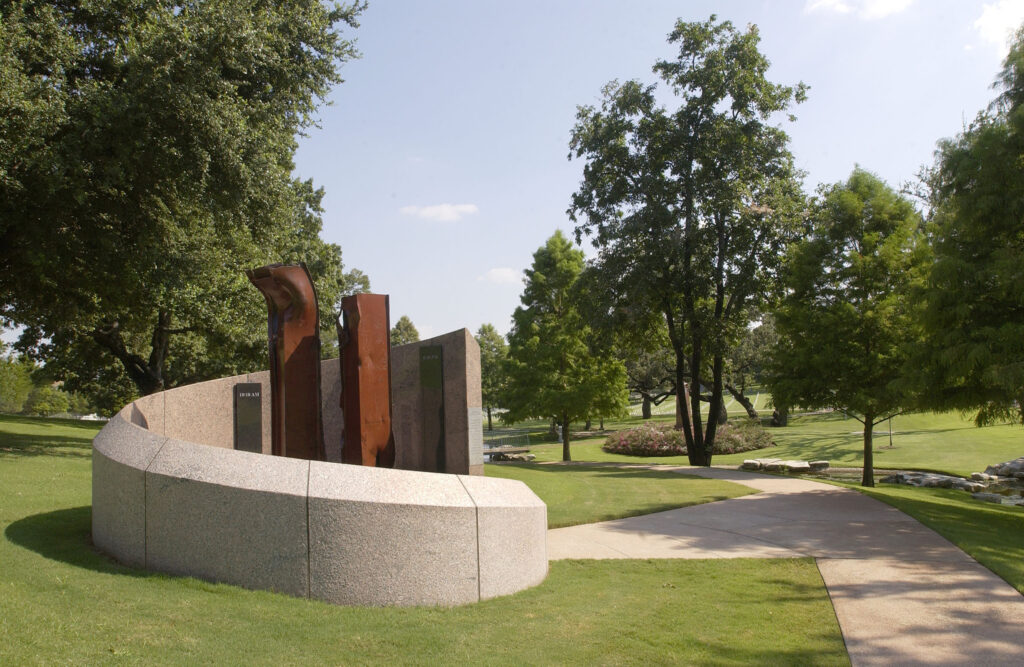 9/11 Monument at the Texas State Cemetery in Austin. Photo by Michael A. Amador.

Saturday marks two decades since the Sept. 11, 2001, terrorist attacks that forever changed our nation. In honor of the lives that were lost and to salute the volunteer heroes, first responders, and survivors from that day, several organizations across the state are holding memorial events for Texans to pay their respects. Also, local fire and police departments are staging parades and special events to mark the anniversary, so be on the lookout for your community’s tribute.

At the Lone Star Flight Museum’s new exhibit, Never Forget: Commemorating the 20th Anniversary of 9/11, gallery walls adorned with the names of the 2,977 people killed in the terrorist attacks surround an 11-foot section from a World Trade Center I-beam. The museum has several events scheduled for the weekend, including speaker Billy Forney, a native Houstonian and 9/11 survivor. Admission is free for first responders and their families on Saturday and Sunday. 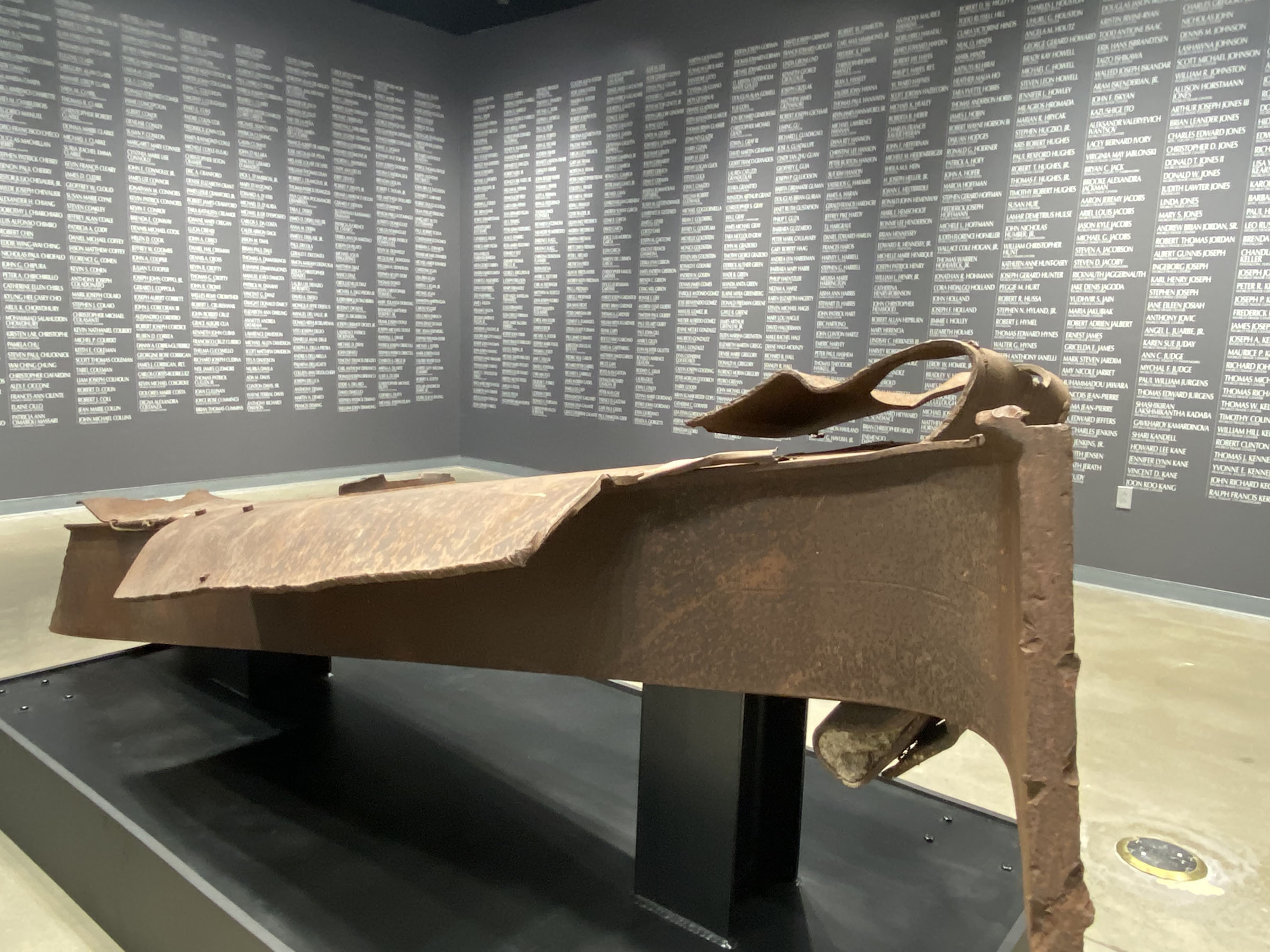 Names of the victims of the 9/11 terrorist attacks surround one of the World Trade Center I-beams at the ‘Never Forget’ exhibition. Photo courtesy Lone Star Flight Museum.

Country singer Lee Greenwood, best known for his hit song “God Bless The U.S.A.,” is the headliner at this concert to honor military members and first responders, taking place at the Levitt Pavilion on Saturday night. Greenwood will be joined by Deana Carter of “Strawberry Wine” fame. Reserved seating is available for purchase as well as first-come, first-serve general admission spots on the lawn, gravel, Abrams Street, or Arlington City Hall steps.

TUPPS Brewery and Warrior’s Keep, a nonprofit organization connecting veterans to outdoor adventure therapy, are joining forces for this two-part event. Join Warrior’s Keep in a memorial walk looping around Town Lake, starting and ending at the brewery. Afterward, head to the taproom for a special guest speaker, then enjoy beer, food, and live music.

“This isn’t a traditional event, but more of a grassroots movement allowing flexibility in how people participate,” reads the description of this annual effort founded by Austinite Kevin Tuerff, whose experience as a 9/11 stranded airline passenger in Canada inspired him to see how much of that kindness could be spread. This year, the goal is to recruit 20,000 people from all over the globe to do good deeds for the 20th anniversary of the attacks. Participate by pledging your community service or spreading kindness on Saturday in remembrance, and then share your experiences and photos via the group’s social media and website.

Visit this monument located on the grounds of the Texas State Cemetery. Commissioned by Gov. Rick Perry in 2002 and completed a year later, the monument was designed by O’Connell, Robertson and Associates of Austin. Visitors are encouraged to place their hands on the structure’s two steel columns, which were recovered from Ground Zero.

At the Texas Country Music Hall of Fame, former New Yorker Arthur Lorenzo hosts this seventh annual 9/11 memorial event. The exhibit includes pieces of the World Trade Center that have been preserved or transformed, old magazines and newspapers about the attack, and the eight-hour footage of national news that Lorenzo recorded on his television following the first plane crash. Businesses from across East Texas provide free food and drinks, and several speakers will share personal anecdotes about 9/11. The Carthage Fire Department will also host a 9/11 Walk of Remembrance in the morning starting at the Panola County Courthouse.

The City of Taylor Fire Department and the Taylor Professional Firefighter Association invite the public to participate in this march taking place downtown. The parade of emergency responders, military personnel, and emergency vehicles concludes at Heritage Square and a memorial program will follow.

Although the George W. Bush Presidential Library and Museum in Dallas is currently closed due to COVID-19 safety restrictions, the museum’s website offers a number of archives including photos from the tragic day, emails sent to the president from administration officials like Karl Rove and Karen Hughes, and information about artifacts like the bullhorn used by President Bush on Sept. 14, 2001, when he visited the World Trade Center recovery efforts and gave an impromptu speech among the rubble of the fallen towers.