On the Road with Tiki, the Traveling Macaw of Texas

Originally from Trinidad, Tiki the macaw has set claw in 204 of the state's 254 counties, participating in dozens of parades and other events. 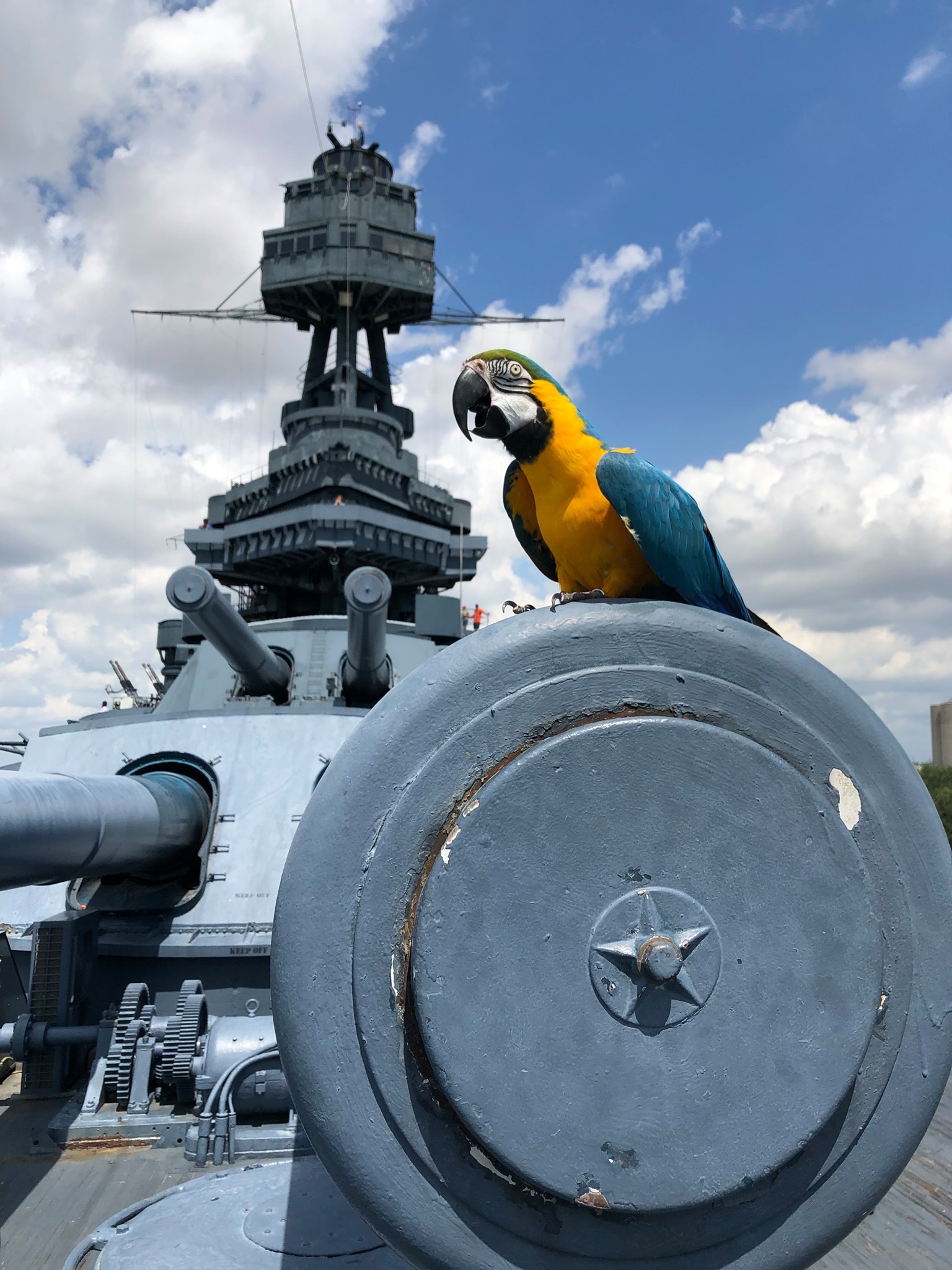 You could call Tiki the winged ambassador of Texas.

The blue and gold macaw from The Woodlands has shaken her lemonade-colored tail feathers with costumed revelers at the Texas Renaissance Festival, strutted her way onto the USS Lexington aircraft carrier in Corpus Christi, and appeared in parades in nearly every corner of the Lone Star State. She’s got her own YouTube channel, where her videos get thousands of hits, and she’s set claw in 204 of the state’s 254 counties.

Tiki is not a native Texan—she was born in the Caribbean—but as the saying goes, she moved here as soon as she could.

Bob Hamann, her caretaker in The Woodlands, got the bird 18 years ago when he was living in Trinidad. A man who was breeding the birds and releasing them to boost their wild population gave him Tiki. Hamman spoon-fed the plucky little nestling and began giving her treats when she squawked.

“Whenever she made a noise I’d shush her and scratch the top of her head and pet her on the back,” Hamann said. “After doing that for five or six months, she was the total opposite of what we all would expect from macaws. She was quiet, docile, and generally a goofball.”

Tiki became something of a celebrity in Trinidad, appearing in short segments called “Where in Trinidad is Tiki?” on the local news station. Then, 14 years ago, Hamann and Tiki moved to Florida. The pair began making appearances, and onlookers flocked to see the friendly flapper. 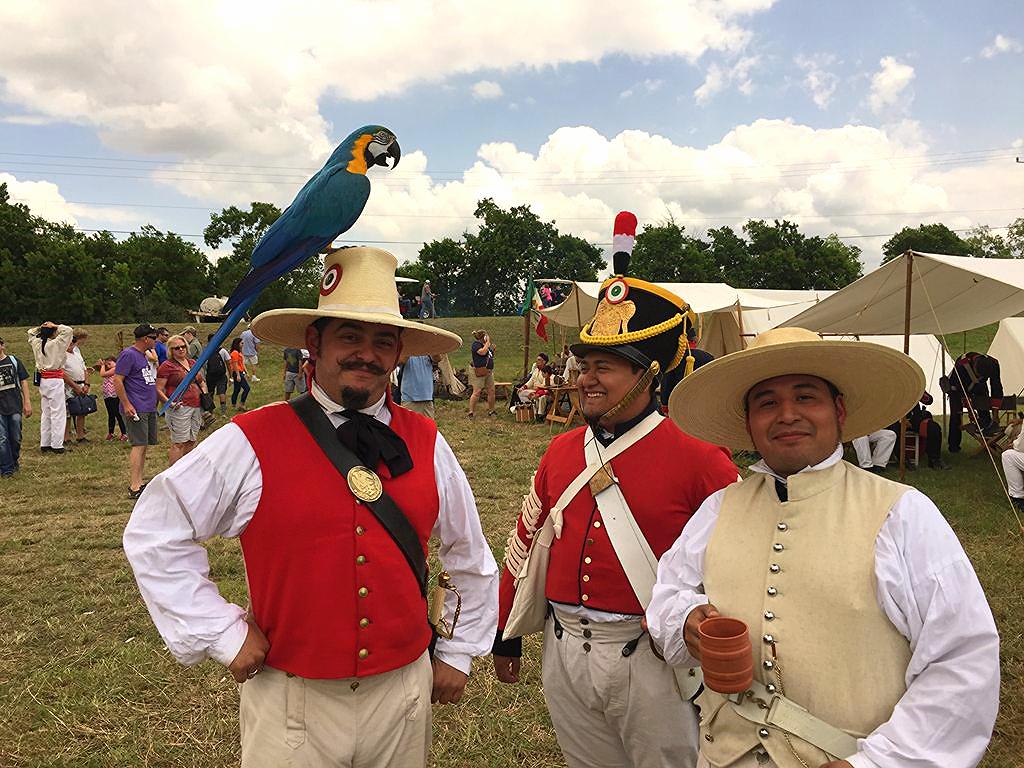 When Hamann relocated to The Woodlands in Texas two years later, Tiki’s social calendar filled up again. She appeared in the Houston Art Car Parade, the Chuy’s Children Giving to Children Parade in Austin, and the Battle of Flowers Parade in San Antonio.

Today, Hamann works in property management, but his passion is traveling the state to show off Tiki wherever people gather. He especially enjoys bringing Tiki to events for seriously ill children or children with special needs.

“Everybody knows Tiki,” he says. “Tiki loves colors and costumes and taking pictures.”

Hamann eagerly shares photographs of Tiki perched on the arms of children, celebrities, actors, and the police chiefs of both Austin and Houston. Everything, Hamann says, is done for fun; Tiki doesn’t charge for public appearances.

“I can’t even begin to tell you the smiles she brings everywhere she goes,” Hamann says.

At home, Tiki lives in a large, specially designed cage, but the door is rarely closed. “It’s never locked. She has a jungle gym on top and goes into the cage to eat,” he says.

“If you have a cheese puff, she’ll follow you for half a mile,” he says.

The only downside, Hamann says, is that when people see her, they think all macaws make friendly pets. But macaws typically are loud, boisterous birds and destructive chewers.

“It’s a lot of responsibility (to own a macaw),” Hamann says. “Their instincts are not to be as social as Tiki. She’s a one-in-10-million macaw, because macaws are not docile birds.”