Woody’s Sports Center was demolished this summer, while Shorty's Place is moving to a new location 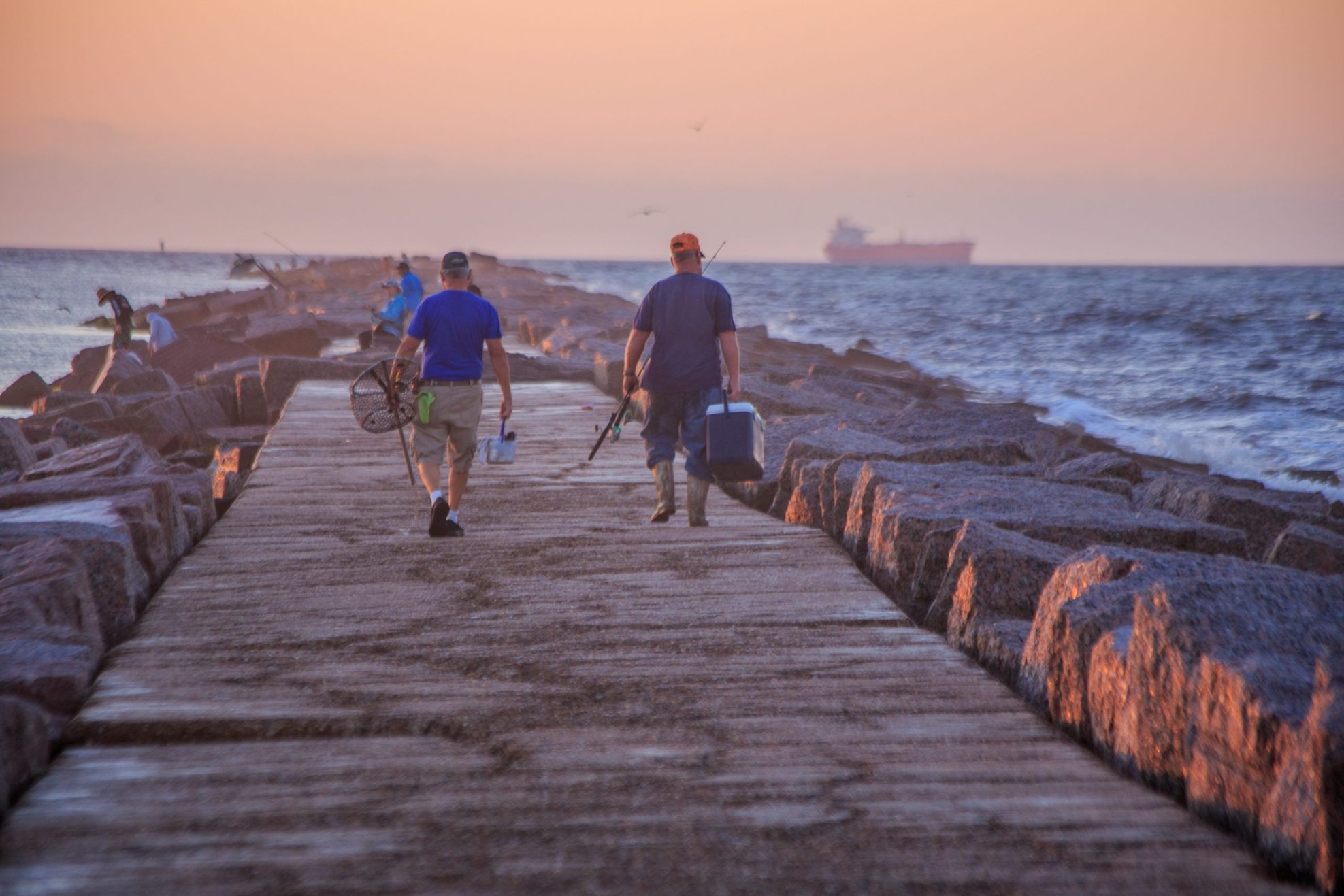 Fishermen stroll on a Port Aransas jetty. Photo by Will van Overbeek/TxDOT

Winds of change are blowing in Port Aransas, the once-sleepy Texas beach town that’s been a favorite Gulf Coast getaway for generations, as new developments are displacing some old favorites.

One example is Woody’s Sports Center—a renowned all-purpose fishing outfitter for more than 50 years—which was leveled in July to clear the site for gated condominiums with private slips for up to 50-foot luxury yachts. And this fall, Shorty’s Place, the oldest bar in town, is being moved from its location on Tarpon Street make way for parking lots and other new construction.

Shorty’s has attracted sport fishermen, dock workers, and tourists since original owners Mack Daniel and Gladys “Shorty” Fowler opened it in 1946. With its ceiling festooned with gimme caps, a pool table, no air conditioning, and a walkup window on its front porch, Shorty’s appeal has crossed generations. “So many people come in here and talk about how they ran around the porch as kids,” current owner Edwin Myers said. “Back then, they would shoo kids out at 8 p.m., and then the kids would crawl up underneath the porch and listen to the music.”

Regarding Woody’s, “It was both a symbol and a gathering place for real fishermen,” said George Shipley, an Austin political consultant whose father first took him there in the 1950s. “The guides there were an institution. To listen to their stories was an education in itself.” 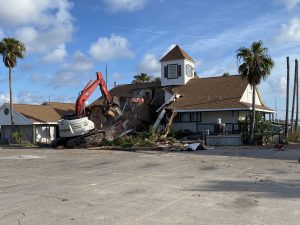 Chronicling the changes has been the weekly Port Aransas South Jetty, another local institution undergoing change. Editor and co-publisher Mary Henkel Judson announced in an August column that she and her husband, Murray, were transitioning to semi-retirement and turning the reigns over to a Port Aransas native, news editor Dan Parker, after for 41 years. “It has been our life, and our love, because it is a reflection of the town we love,” she wrote. “And, yes, with all the changes, we still love Port Aransas.”

She later would add, “There are a lot of people complaining about the changes and growth. Ironically, they’re part of that change and growth. … They have no idea what it was like 40 years ago when you could lie down in the middle of Alister Street after Labor Day and have no fear of being run over.”

That’s hard to imagine these days. Mid-summer, traffic is thick with SUVs, RVs, pickup trucks, boat trailers, and resort golf cart rentals. Numerous commercial projects in historic Old Town—once so open that a small plane could land in a sandy lot—are in various stages of site preparation, permitting, restoration, or new construction, often attributable to the devastation of Hurricane Harvey in 2017. 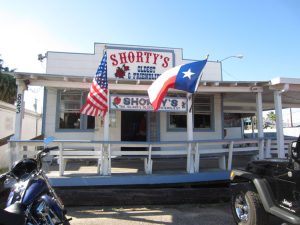 Shorty’s Bar, a popular Port A mainstay, will move to a new location this fall. Courtesy Edwin Myers/Shorty’s Place

Carl “Corky” Moore, a contractor specializing in renovations and a member of the city’s new Old Town advisory board, said the town needs to find ways to balance growth and preservation. “We have to incentivize the builders,” he said. “Our marina needs to have the same feel. We don’t want to lose that.”

If the spectators at Woody’s July 26 demolition were despondent, Shorty’s fans have been heartened by word that the structure will be hauled intact in November to a former restaurant site vacated after Harvey. “We are going to have a parade when we move Shorty’s,” said Myers, who with contractor and musician Chris Todd Jordan, is engineering the relocation to Alister and Beach on the edge of Old Town.

Myers’ lease on the land that Shorty’s now occupies is expiring. “Port Aransas is changing, and investors have unlimited funds,” he said. “They are crafting Port Aransas to what they think. For me, I see an old building and I kind of go, ‘How do I make this work?’” At its new home, Shorty’s will still be without air conditioning, but “we will position it to have a good breeze.”

Other Old Town preservation efforts include the rehabilitation of Gibb’s Cottages, a 1930s-era eight-cabin complex that once charged $5 per night for one-room accommodations. The Cottages were deconstructed board by board, preserving as many original materials as possible for reuse, and then updated and rebuilt to new storm-related codes. The reopening date is pending.

Moore, who helped oversee the Gibbs Cottages’ work, said FEMA grant programs heavily favor complete demolition, something the Gibbs family declined in committing to the lengthier process of refabrication. “We have to slow down to make sure our town’s historic structures and their memories are preserved for the sanctity of our tight-knit community and its future generations,” Moore said.

Fisherman’s Wharf Holding, LLC, the developers of the 26-unit condominiums that will be erected on Woody’s site, acknowledged the sentimentality about Woody’s. “It weighs on our hearts as well,” spokesperson Will Cocke told the South Jetty newspaper. “We’re excited about the future of the project, but like so many in South Texas who grew up fishing out of Woody’s, we’ll miss it like everyone else.”

In 2019, the principals of the condominium project bought Fisherman’s Wharf, a full-service fishing outfitter by the same name about a quarter mile from Woody’s. Severely damaged by Harvey and deemed unsalvageable, it was closed for total rebuilding, reopening the following year. The company later added Grumbles, a new seafood restaurant adjacent to Fisherman’s Wharf named after one of the outfitter’s former Port Aransas owners.

When the original Fisherman’s Wharf marine store was purchased, Cocke told the South Jetty: “The spirit of this would be that we’ll construct something new, keeping in mind that we’re building in the direct center of Old Town Port Aransas and want it to fit as well as you can make anything brand-new fit.”