To raise awareness on endangered dark skies, a team of daredevils chose the Big Bend region for its new project 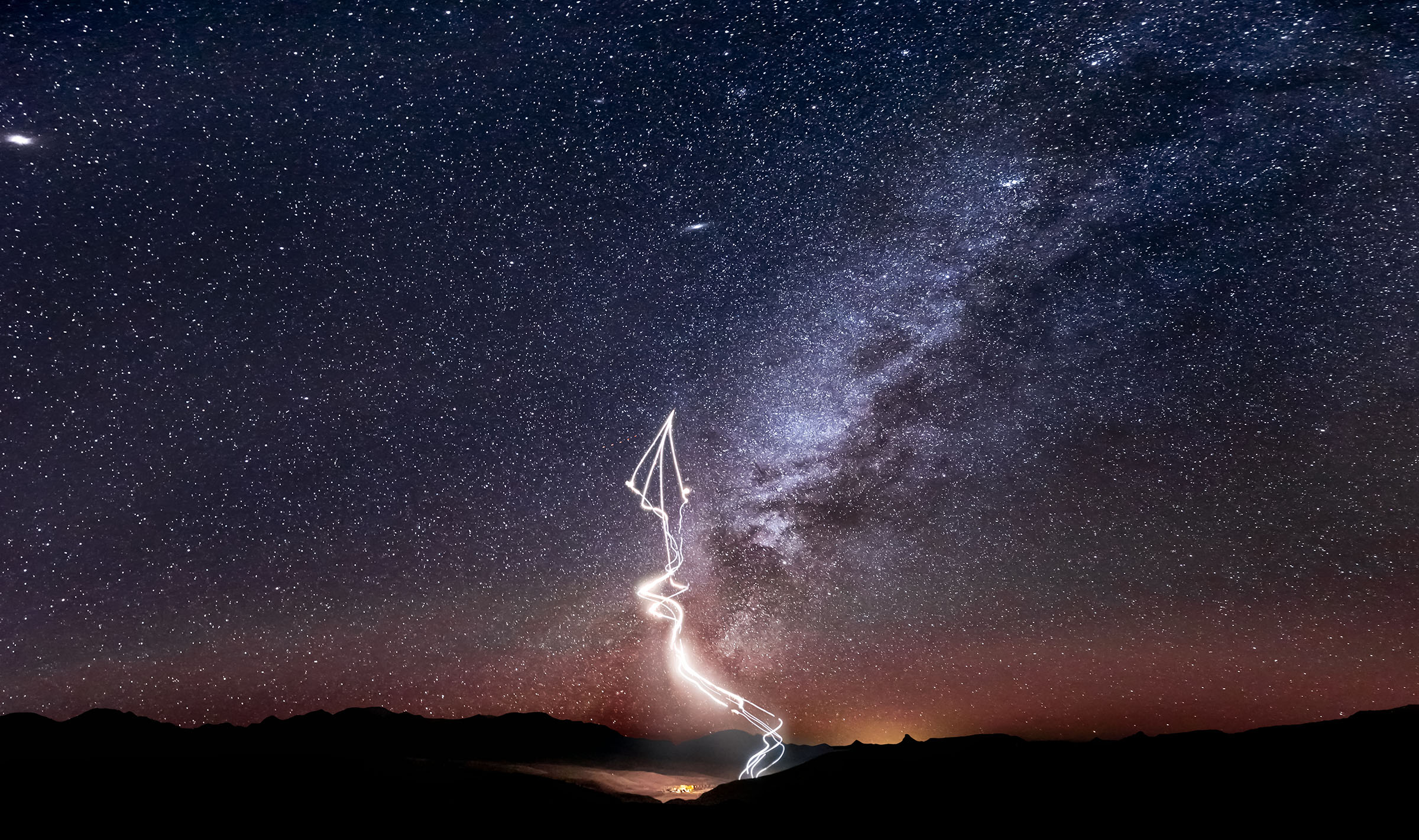 Marfa residents have grown accustomed to the unexplained lights that flicker out in the desert off of US 90, about 9 miles east of their small West Texas town. But recently, a new glowing streak appeared in the sky. Unlike the famous Marfa Lights, this display had a source.

On the night of Nov. 15, Red Bull Air Force, a group of athletes who push the limits of human flight through BASE jumping, free flying, and sky diving, embarked on their latest project, Red Bull Marfa Lights. Four members jumped out of an airplane as it flew south of Marfa. They had LED light strips attached to their suits and pyrotechnic devices strapped to their feet. A photographer captured the stunt, and the video footage and stills are being released on Red Bull social media platforms Monday, timed to coincide with the longest night of the year.

The athletes hope the images will draw attention to one of the darkest skies in the United States. “After a lot of talking, we realized that Marfa is a very unique place for viewing stars and solar systems,” manager Jon DeVore says. “Red Bull Air Force teams through the years have noticed that night jumps are more captivating. It dives into the artistic flair and not just the stunt. It’s an art form, and this is a cool way to show it.”

For this jump, the team members, “glowing like the Tron man,” used handheld remotes to trigger the pyrotechnic devices strapped to their feet. “We’re moving so fast that it makes a stream a couple of hundred feet long, so it creates a comet when you look up at it,” DeVore says.

With a goal to find a location that was “pure dark,” the team’s plane took off and landed at an airstrip at Cibolo Creek Ranch, south of Marfa. They parked two pickup trucks in a remote field and turned on their headlights so the jumpers could use them as landing lights.

The expansive region of West Texas is one of the best areas in the country to view the night sky, says Bettymaya Foott, director of engagement for the International Dark-Sky Association, an Arizona-based organization that works to minimize light pollution. The association collaborated with Red Bull on the event to bring awareness of the Big Bend area’s dark skies to a new audience. Because of Texas’ growing population and industry, some dark-sky advocates are concerned about light pollution’s impact on the state’s dark skies.

“We want to help people appreciate the incredible beauty of the dark skies of West Texas and maybe encourage them to help keep them dark for future generations,” Foott says.

Foott says dark skies are important to circadian rhythms, and artificial light at night can negatively impact plants and animals. Beyond their physiological importance, dark skies also connect humans culturally. “We all share one night sky, and it’s inspiration for music, art, and literature,” Foott said.

For the Red Bull daredevils, thrilling adventures are their inspiration, and Marfa was unlike any they’ve experienced. “Even on normal night jumps, there are lights in the distance,” DeVore says. “This gave the free fall and canopy fall a very outer space feeling, like we were suspended in nothingness.”

You can read more about the Red Bull Air Force’s Marfa experience here.