Thursday marks the 70th anniversary of the launch of the late Texan's popular radio program, the 'John Henry Faulk Show' 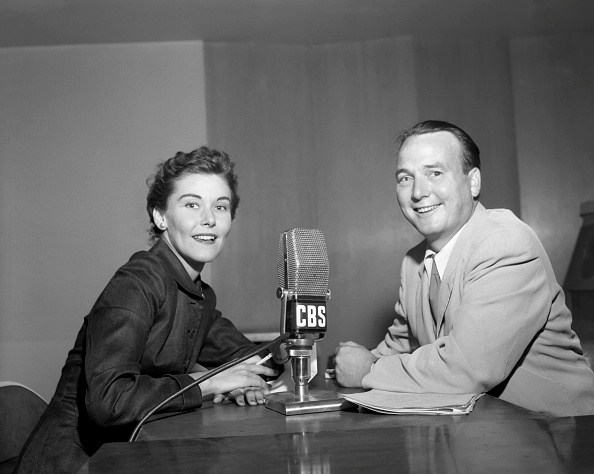 With the exception of podcasts like The Moth or This American Life, the art of audio storytelling has been on life support in recent years. But there was a time when it proliferated on the airwaves, and there was no better storyteller than John Henry Faulk. His “Christmas Story,” which first aired on NPR’s Voices in the Wind in 1974, continues to be revisited annually on NPR affiliates.

Faulk’s broadcasting career launched on Dec. 17, 1951, with the debut of the John Henry Faulk Show. The WCBS radio program starred the Austin born-and-bred activist, humorist, and storyteller, whose folksy, downhome accent and sneakily barbed monologues and stories made him a popular voice in households.

Being a heady time of turmoil for broadcasting, with radio on its way out thanks to television, CBS hoped to transition Faulk to the new medium by way of an early morning time slot. After future Tonight Show host Jack Paar failed to win a large audience, Paar was gracious enough to offer up Faulk as his replacement in his exit interview. Faulk fared no better than Paar, as did Faulk’s replacement, Dick Van Dyke. Eventually CBS ditched the idea of adult-oriented early morning programming and settled on Captain Kangaroo, and the rest is TV history.

But Faulk, once his show was moved to the 5 p.m. time slot, thrived on the radio side of CBS’s operations. He also frequently appeared on various quiz and talk shows on the TV side. After five years of success in the New York City market, he seemed poised to be one of the survivors of the media upheaval of the 1950s. Some fans even compared the young former UT English professor to Mark Twain and Will Rogers.

It appeared that Faulk was destined to become a household name from coast to coast for generations to come. And perhaps he would have had he stayed away from union business. He did not, and in daring to oppose the forces of Sen. Joseph McCarthy’s Red Scare, the rising star of John Henry Faulk went plummeting back to Earth.

I first met Faulk in Austin in 1982, when my great-grandfather John Avery Lomax was honored posthumously at the University of Texas with the naming of a reading room at UT’s Briscoe Center. I remember wondering, “Who is this man who set upon we far-flung Lomaxes as if we’re members of his own family?” The older Lomaxes from the other branches of the family treated him the same, and his good humor was so infectious and his twinkling eyes so merry, I wasn’t even weirded out when he’d routinely call me “sugar” and “honey,” as he did with anyone younger than him, male or female.

Years later, my belief that I disappointed him helped me make an important decision, one made out of an attempt at atonement that continues to bear fruit today, and always will.

Born into an aristocratic Southern family of extremely liberal politics for their time—meaning, very advanced on the matter of Civil Rights—Faulk spent his childhood at 811 W. Live Oak St. in South Austin. The house still stands, although it was long ago converted into the Green Pastures Restaurant by his late sister Mary Faulk Koock, author of The Texas Cookbook. (Now called Mattie’s, Green Pastures was famous for integrating its dining room a full 18 years before the law dragged the rest of Austin behind it.)

The Faulks shared their 20-acre property with an African American family, and as a boy, Faulk would accompany this family to African American church services. Faulk was transfixed by the powerful oratory of the preachers and wrote his master’s thesis at the University of Texas on “The Negro Sermons.”

By that time, he had become good friends with my great-uncle, the folklorist Alan Lomax, and alongside Alan, and under the sway of UT professor and fellow legendary storyteller J. Frank Dobie, Faulk became a folklorist in his own right, collecting the Black sermons and songs and contributing them to the Library of Congress. During World War II he served first in the Merchant Marine, and later, after the Army relaxed standards on enlistment and became willing to overlook his poor eyesight, a medic. While serving stateside at Camp Swift, Faulk joined the American Civil Liberties Union, and would remain one of the staunchest and most prominent defenders of the First Amendment.

After a short period as a professor at UT and the failure of his first marriage, Faulk headed to New York City and got his first stints in radio, leading up to his involvement in the American Federation of Television and Radio Artists union.

By this time Sen. McCarthy’s Red Scare was in full effect, “cleansing” Hollywood and New York of what he claimed to be the red element. Faulk dared to oppose blacklisting, and in 1956, a for-profit, McCarthy-inspired group called AWARE retaliated by claiming Faulk himself was a communist. Faulk found himself sharing the same fate as those he had tried to defend: blacklisted, severed from his CBS contract, and banished from the airwaves. Canceled, in other words.

Only Faulk fought back. In 1957, with the help of wealthy supporters, he hired legendary trial lawyer Louis Nizer and sued the group for libel. AWARE’s attorney Roy Cohn—also McCarthy’s attorney—was all too aware Faulk’s case was airtight, so he did the best he could to stall it in the courts. This worked for five years, but once the facts came before a jury in 1962, Faulk was awarded what was then an all-time record libel judgment of $3.5 million. (A judge later lowered that amount to $500,000; accounts now vary on how much wound up in Faulk’s pocket after lawyer’s fees, but it was well less than half of that, at any rate.)

Victory in hand, Faulk pressed on, writing the book Fear on Trial in 1963. In 1975, the made-for-TV version starring William Devane as Faulk and George C. Scott as Nizer won an Emmy after its debut on CBS—the very same network that had acquiesced to AWARE’s bullying tactics two decades before.

It’s hard to imagine where John Henry Faulk’s name would be today were it not for the blacklisting. Given his anti-Vietnam and pro-Civil Rights stances, he might have entered politics earlier, as a representative of some liberal bastion, instead of waiting until the 1980s for his sole foray in that field. Or perhaps he could have become an even folksier, slightly more political Johnny Carson. You never know.

Instead, Faulk returned to Austin for a time, and then lived in the East Texas blackland prairies outside of Madisonville. From 1975 to 1981, he was a recurring guest on Hee Haw, where his job was to tell a funny story in the short amount of time he was allotted. But Faulk’s best stories were long in the telling. And that was where he really found himself finally, as a giver of one-man performances—albeit with many characters housed within that one man—that featured loving personifications of people whose bigoted or hyper-conservative politics he could not stand. (In a way, he was Molly Ivins before she existed.)

That was the John Henry Faulk I was treated to the second time we met. It was on the occasion of Uncle Alan’s receiving of the Presidential Medal of Arts in 1986. Between various ceremonies, we would gather at Aunt Bess Lomax’s apartment in Arlington, Virginia, and Alan and John Henry would pull up chairs in her living room and hold court. John Henry deputized me, then 16 years old, to sit directly in front of them, with strict orders to pass them up an ice-cold Budweiser or a hot tamale at their direction. “Honey, could you hand me another of those ice-cold beers, ah now, thank you, Johnny.” And, so, the evening went, Alan singing and reminiscing and John Henry telling story after story, the two former roommates (and fellow members of the blacklist club) leaving us laughing so hard our faces hurt, even while making trenchant points on the politics of the day.

I went back to Houston, where I was living with my maternal grandparents, so I could attend a better high school than Nashville could afford me. Over the next couple of years, John Henry would pass through town and call me personally to invite me to his one-man shows. My mom’s people were staunch conservatives, and it never failed to set them on some kind of edge when they’d pick up the phone and “that communist” was on the other end, him doing his level best (and generally succeeding, at least with my grandmother) to charm them.

Once the phone was in my hands, I’d get his sales pitch. Being an idiot teenager, I always had something better to do, even when I had a standing invitation to visit him any time during my disastrous freshman year at UT. I never took him up on any invitation. Then in 1990, cancer claimed him.

Time went on. I dropped out of UT and another college. I traveled Europe and the Middle East and married overseas. We had a son, and I named him John Henry, partially for the folk song about a man who gave his life besting machinery, but mainly for the man who gave his career on American principles. And out of regret and a sense of joy for having known him.