Spring Into Action with Day Drives to the Davis Mountains, Rio Grande Valley, and Edwards Plateau 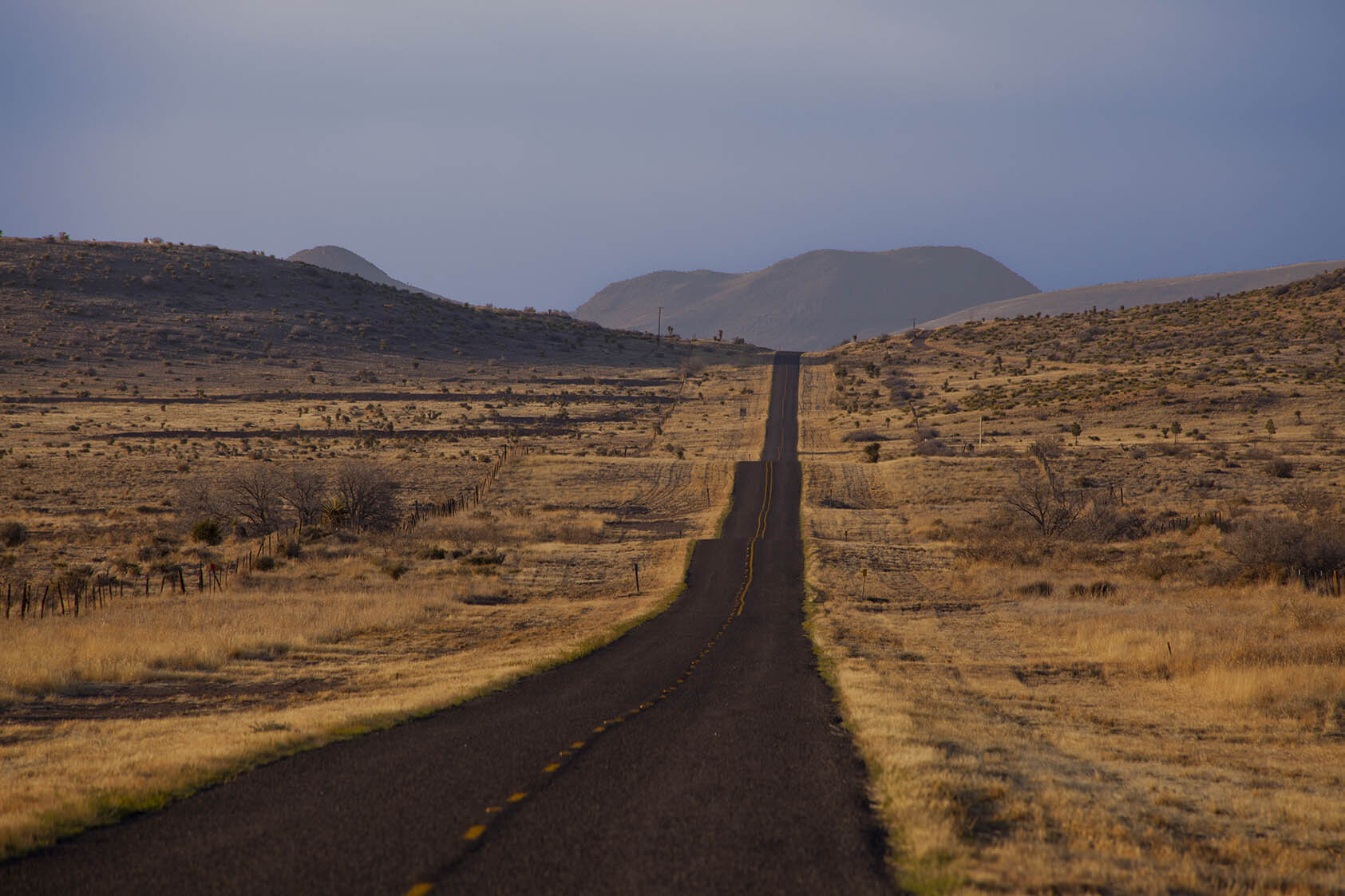 Whether you’re a Texas history buff or a fan of cowboy culture or an explorer of high-mountain peaks, these spring road trips are just what you need to get away for a day and visit parts of the state you may not normally think of for one-day excursions. Picking up from the first installment of this series, this time we’re heading to the Rio Grande Valley, the less-visited region of the Edwards Plateau, and the awe-inspiring Davis Mountains.

Trip time: 3-5 hours, depending on stops

For windshield scenery of the Big Bend, there is nothing like Farm to Market Road 170, taking you past tortured, surreal rocks while tracing the Rio Grande and linking Lajitas and Presidio. But for something different and equally enjoyable, you can’t beat the Davis Mountains Loop.

The 75-mile tour through the Davis Mountains, Texas’ second-highest range, is a sweet cruise with no billboards to clutter up the roadside, and after passing Limpia Crossing, very few signs of human presence. Traversing the route, popular with cyclists, can take a full day. Planning ahead and making reservations at stops is critical. Gas up before you go—there are no services on this run.

Start in Fort Davis, Texas’ mountain town, 170 miles southwest of Midland, 200 miles east of El Paso, and 400 miles from San Antonio. Take the two-lane State Highway 118 north out of Fort Davis for a few miles, turning into the Davis Mountains State Park. Here you can pay homage to Indian Lodge, the iconic adobe-style hotel built by Civilian Conservation Corps in 1933, or load up on food and drinks at the Black Bear Restaurant at the lodge, the last place to fill up on grub for this trip. Circle back to the bird blind, where the viewing is consistently rewarding, then drive up Scenic Drive, overlooking Fort Davis and the historic fort, the vast Marfa Highlands grasslands, and distant mountains including Mitre Peak, Cathedral Mountain, and Blue Mountain. Prude Ranch, 6 miles out of Fort Davis has been catering to visitors since 1951 and is open for lodging, retreats, summer camp, and horseback rides.

Unlike the higher Texas range, the Guadalupes, and the Chisos of Big Bend, the Davis Mountains—a classic sky island—is somewhat wetter, harboring grasslands throughout Limpia Canyon, the climbing route to Mount Locke and the McDonald Observatory, 16 miles from Fort Davis.

The observatory is home to major astronomical research and hosts the popular Star Parties throughout the year. A daytime drive is almost as rewarding. Daytime hour-and-half guided tours take visitors throughout the facilities and outside two of the site’s largest telescopes. Advance reservations are required. COVID requirements are strictly enforced, but even just cruising the observatory grounds is worth the pullover to stand at the highest point of any Texas highway (6,782 feet above sea level). The Frank N Bash Visitor Center is open daily with limited, timed access due to COVID with a $3 admission fee.

Looming large beyond the observatory is Madera Canyon, genuine Texas high country where javelina, quail, and wild turkey abound. Private lands define the Davis Mountains, although a roadside park, the Lawrence E Wood Picnic Area, about 10 miles beyond the observatory on State Highway 118, offers the opportunity to get out and stretch and look around.

A quarter-mile farther is the entrance to the Davis Mountains Preserve, a protected area stewarded by The Nature Conservancy that includes the summit of Mount Livermore, the highest in the Davis range at 8,379 feet above sea level. Access to the heart of the 33,000-acre preserve is normally limited to a few visitor weekends annually, but with COVID restrictions, most of the preserve remains closed. But if you’re craving a mountain hike, this is the spot. The Madera Canyon Trail, a moderate 2.4 mile loop, is open daily with a designated parking area off SH 118.

From the Madera Trail parking area, continue on State Highway 166 about 5 miles, passing the distinctive Sawtooth Mountain while descending out of Madera Canyon. Off to the south, the Sierra Vieja are visible, rising like a tilted table from the grasslands. Take a left at the intersection with SH 166 and head through rolling foothills at the base of the range. That cluster of metal-sided cabins on the right side of the road is Bloy’s Camp, the multidenominational cowboy camp church meeting that has been gathering for five days in August in Skillman’s Grove since 1890.

It’s 16 miles back to Fort Davis, passing the entrance to the vast Davis Mountains Resort cluster of ranchettes and the Rockpile picnic area at the base of Blue Mountain. SH 166 ends by the massive Village Farms greenhouse where tomatoes are grown. Go left two miles on SH 17 to return to Fort Davis. 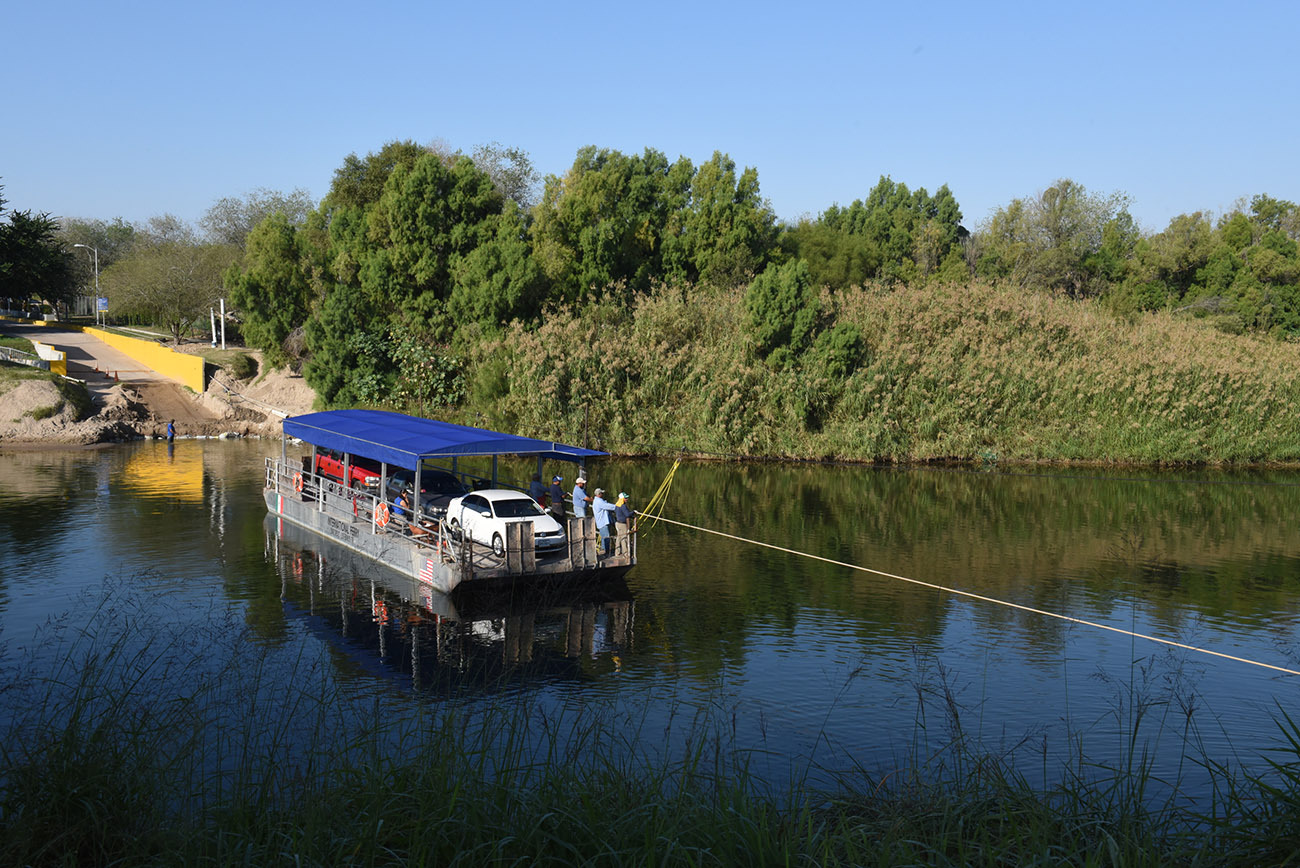 The Rio Grande Valley always makes me feel like I’m not in Texas anymore. In fact, tracing the Rio Grande upriver is like being in a whole other country.

For this drive, start at the National Butterfly Center in Mission, a private outdoor observatory and nature preserve that is home to over 200 species of butterflies. Take US 83 a couple miles west of Mission, and turning south on Farm to Market Road 1427/South Main Street through the old settlement of Penitas to East Military Road. Next, go west on Farm to Market Road 2701 for 10 miles through the Las Palomas Wildlife Management Area to Los Ebanos, site of El Chalan, the last hand-pulled ferry on the United States border. It’s worth pausing and watching a way of life that pretty much doesn’t exist anywhere else anymore.

From Los Ebanos, take Farm to Market Road 886 north a couple miles back to US 83 and continue west about 20 miles. By the time you hit Rio Grande City, you’re in an older, wilder Texas. This part of the Rio Grande/Rio Bravo was settled before there was a United States or a Mexico, dating back to land grants issued by the King of Spain in the 18th century. Brick structures are abundant, testament to the riverboats that once plied the upper part of the river.

The centerpiece of Rio Grande City is La Borde House on East Main Street. Listed in the National Register of Historic Places, the structure sits near the river and was designed by French architects in the 1890s. Caro’s, around the corner a few blocks away at 607 W. Second St., lays claim to being the creator of the Puffy Taco. There are other dining options including Casa de Adobe and Okashi Sushi Bar and Seafood.

Roma was the end of the line for boats moving upstream on the Rio Grande in the 19th century before the river started drying up, thus the abundance of American Spanish colonial buildings in the town’s historic district, rife with brickwork. The plaza and wharf area are worth a walk-through.

Forty miles farther upstream via US 83 is Zapata, an equally ancient community, dating back to 1767, and one of the most Mexican in Texas. Unfortunately, most of the town’s most historic structures were inundated when Falcon International Reservoir was created in 1953. Better to push on another 15 miles up US 83 to San Ygnacio to ponder the Jesus Trevino Fort complex, built in 1830 and restored by the artist Michael Tracy, founder of the River Pierce Foundation that is preserving the fort and some of the other 36 stone buildings dating to the early 19th century.

Loop back to Zapata, where main attractions are the Zapata County Museum of History (currently closed) and the Frontier Ranch, then head into the Brush Country on SH 16, east 28 miles to Randado, pop. 15, a ranch that operated its own store, church, and cemetery. It’s south on Farm to Market Roads 649 and 2686, passing settlements like Guerra, La Gloria, and San Isidro—the heart of vaquero culture that led to the modern cowboy—before picking up Farm to Market 1017 to Linn (about 80 miles from Randado) and US 281, the gateway highway to the Valley. Be advised: there are no services from Zapata to Linn, and the Border Patrol is ubiquitous. 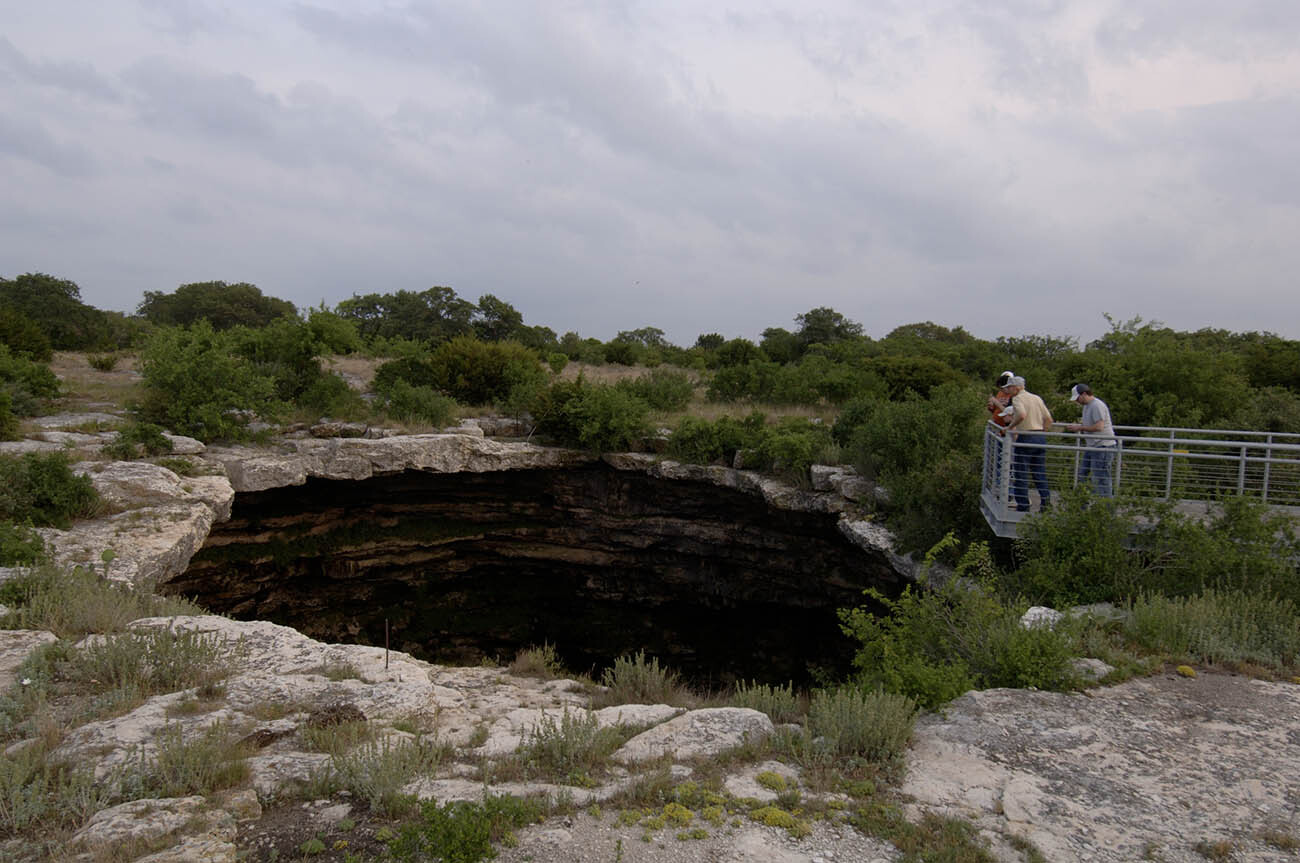 Trip time: About 8 hours, depending on stops

Experience the most rugged part of the Edwards Plateau at an historic fort, two of the least-visited state parks, the highest county seat in the Hill Country, and the weekend warriors cruising the Swiss Alps of the Hill Country on this mega loop. This trip requires planning ahead for access to the state parks.

From San Antonio, take US 90, the historic route west for 27 miles to Castroville, the Texas community founded by immigrants from Alsace-Lorraine, territory straddling France and Germany. Pick up some pastries or breads for the drive at Haby’s Alsatian Bakery, then head west on US 90 for about 100 miles through the town of Uvalde to Brackettville, home of Fort Clark Springs. A military fort operated from 1852 until after World War II, Fort Clark was home to African American Seminole Scouts, brought to the area to clear out Native Americans who visited and settled around Las Moras Springs. Today, Fort Clark Springs is a gated community of permanent residences, and a resort with a motel, RV Park, golf course, and the third-largest natural springs pool in Texas. The well-shaded 2,700-acre spread is laced with hiking and biking trails, and worth a drive-through.

Continue north on RM 674 for around 25 minutes to the angora goat region of Rocksprings, elevation 2,402 feet, the highest county seat in the Hill Country. The courthouse square has a great Thai food restaurant called Lotus Thai Café, if you’re in need of some grub. From there, it’s 10 miles on State Highway 41 east to the Devils Sinkhole State Natural Area, site of the largest single-chambered cavern in Texas and the summer home to millions of Mexican free-tailed bats. The cavern was considered sacred by the natives who lived in the area. Open only via guided tour, booked in advance for $14-$20 for adults, depending on the tour.

Continue east on 41 for 4 miles, then dramatically drop off the Edwards Plateau into the Hill Country, turning south on Ranch Road 335, one of the trio of highways known as the Twisted Sisters that is a favorite of weekend motorcyclists. Drive 38 miles to Camp Wood, then east on Ranch Road 337 for 21 miles to the Frio Canyon and Leakey. Continue on 337 on one of the most dramatic roads in the state through Vanderpool to Medina, a good stop for locally grown apples, and SH 16. It’s 13 miles tracing the cypress-lined Medina River to Bandera, the “Cowboy Capital of Texas” with western storefronts well worth a stroll. San Antonio is 51 miles via Pipe Creek and Helotes.