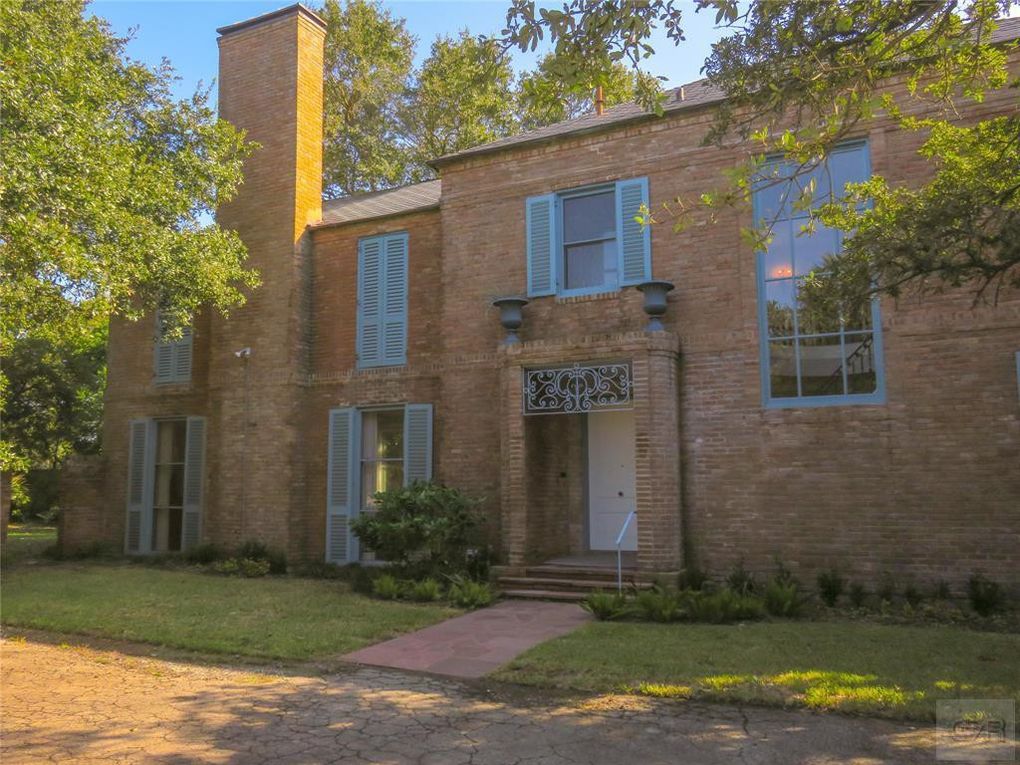 For more than 80 years, the William and Mary Margaret Moody III House has been hiding in plain sight on Galveston’s Avenue T—a surprise considering the 1938 home fills almost an entire block in a city known for its obsession with historical architecture.

“It sits on a fairly large site,” says Rice University lecturer and architectural historian Stephen Fox, the author of two books on John Staub, the home’s architect. “One of the counterintuitive things about the house is that [even given its size and location] it is almost completely invisible from the surrounding streets. All you really see is a wall with trees coming over the wall.”

This Saturday, the public has a rare opportunity to see the house during a virtual version of the Galveston Historical Foundation’s annual Galveston Historic Homes Tour. As a city that survived innumerable yellow-fever outbreaks and many a mighty storm—including the worst natural disaster in American history—it comes as no surprise that Galveston has adjusted to the ongoing pandemic with skill and aplomb. So while this year’s tour of landmark homes will take place online, it remains a compelling program nonetheless.

“The extraordinary architecture on the island can be appreciated and enjoyed from many vantage points,” says Dwayne Jones, Galveston Historical Foundation’s executive director. “This is just one more way to experience these homes.”

To that end, the online event features live walkthroughs of four historic homes, lectures by authorities on Oleander City history and architecture, and other special programming, including material for homeschooling youngsters.

This year’s event highlights the work of Staub, whose renown in Greater Houston/Galveston matches that of Frank Lloyd Wright nationally. To have an even passing interest in the 20th-century residential architecture of Houston—especially the tastefully done mansions built in the early days of such wealthy enclaves as River Oaks and Broadacres—is to know and love the works of Staub. One example is Bayou Bend, home of Miss Ima Hogg and her brothers, which is now open to the public as part of the Museum of Fine Arts Houston system.

On Saturday, Fox will spotlight Staub’s 1938 showpiece at 5115 Ave. T, which is one of three Galveston landmarks designed by Staub. Fox says that this is by far the largest of Staub’s Galveston trio and “probably the most ambitious house that was built in Galveston in the 1930s.”

“It’s a very austere house, and while it’s not opulent, it is very handsomely appointed,” he says.

Fox says Staub tailored the home’s design to both its site and climate. The better to maximize its exposure to Gulf breezes and minimize brutal noonday sunlight, Fox says, Staub designed the home to face south over an expansive lawn and stretched much of the home into long, narrow wings.

A system of tall sliding windows conspired likewise, Fox says, agreeing that these features were a form of old-fashioned high-tech domestic innovation. But you know what they say, if writing about music is like dancing about architecture, then writing about architecture must be like…what? Drawing up blueprints for a rock song? Maybe not, but if there is one art form that pairs well with the sage words of a wise one, it is most definitely architecture, and this event pairs a great explainer with a true American genius.

When asked if Fox had any experience with lecturing online, Fox politely interrupted our question before it was put to him fully.

“No, I’ve never done this before,” he laughed. “But when I give a talk about architecture my expectation is that the audience will look at the images rather than at me, so I don’t have to perform.”