Nearly 1,000 attendees learned about the native spirit with tastings and more 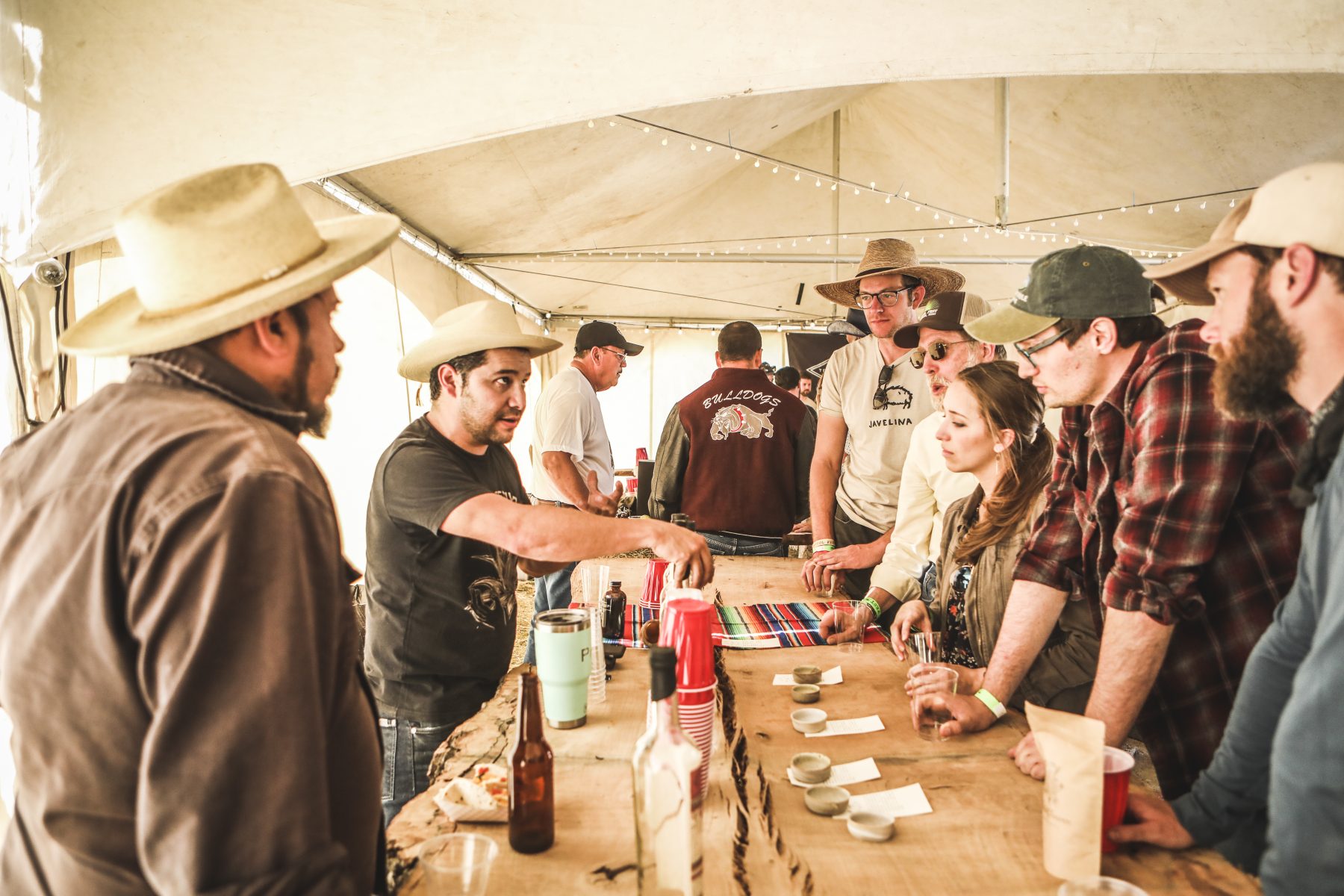 While most Texans can tell you a thing or two about mezcal these days, sotol is still a bit of a mystery.

The distilled liquor is made from the spiny evergreen plant of the same name that flourishes in the Chihuahuan Desert region. A common drink in Northern Mexico, sotol is relatively new to the U.S. Domestically, Texas is leading the charge when it comes to making the spirit a household name.

“We love the spirit and realized there are festivals dedicated to tequila as far away as London. So why not introduce sotol to a public that might be unaware of its existence?” says Jeff Leach, who co-founded Sotol Festival with girlfriend Anna Oakley.

Leach, a native Texan and anthropologist, has spent nearly 30 years studying sotol and owns glamping spot Basecamp Terlingua. (Oakley owns the Buzzard’s Roost accommodations.) Leach and Oakley have forged close relationships with Mexican sotoleros (sotol makers) over the years while developing their own brand Sotol Terlingua, made in Coyame, Chihuahua. Through the festival they’ve been able to educate consumers about sotol’s significant cultural, historical, and anthropological role.

For more than 10,000 years, indigenous peoples used sotol for food (its nickname, “desert spoon,” refers to how the dried leaves were used as eating utensils) and fiber; it also had medicinal and ceremonial applications when fermented into a mild, beer-like beverage. After Spaniards arrived in the 16th century, sotol was distilled to yield a higher-proof spirit. By the time Prohibition rolled around, sotol was being bootlegged in West Texas.

The inaugural festival was held at Terlingua’s La Kiva Restaurant & Bar and free to the public—nearly 1,000 people attended. Visiting sotoleros representing small labels from Mexico led tastings. The spirit has impressive diversity, with flavor profiles ranging from mineral, vegetal, or grassy characteristics to earthy or woodsy. Sotol Terlingua and Desert Door (the Drifwood-based brand is currently the only domestic producer harvesting their plants in Texas) poured cocktails.

On the second day of the festival, attendees were encouraged to visit Boquillas, right across the border. “It’s important, as sotol’s popularity grows, to acknowledge its Mexican origins,” Leach says. “But it was also a way for us to emphasize the safety, unity, and respect we have for this little border town. Having U.S.-based festival attendees experience this special place will go a long way toward changing perceptions of what this region’s border is like.” Accessible by boat and burro, Boquillas has two eateries where people could snack and sip sotol—Boquillas Restaurant and Jose Falcón’s—and features artisans selling souvenirs like hand-embroidered textiles, copper wire-and-bead animals, and other knick-knacks.

The festival also included live music from bands like Mike & the Moonpies as well as sotol-centric food and craft vendors like San Antonio’s Wildflower Caramels, which sold sotol-infused candies, and Whiskey & Clay, which sold dainty copitas used for drinking. At La Kiva’s famed subterranean bar, Marfa’s Slowpoke Tattoo set up shop, giving permanent souvenirs in the form of West Texas-themed ink. The weekend had the feeling of a giant campout for grown-ups, complete with late-night socializing around two campfires.

“This is the way people in this region have celebrated this plant for over 10,000 years, by sitting around a fire,” says Desert Door co-founder Judson Kauffman. “It’s primitive, it’s simple, but it makes sense because sotol tastes very much of the earth. We like to think those who drink it feel that connection to nature and history, because you can taste it.”

Visit sotolfestival.com for updates and information on the 2020 Sotol Festival.