The event showcases 105 artists and makers in a range of mediums, including painting, weaving, and quilting 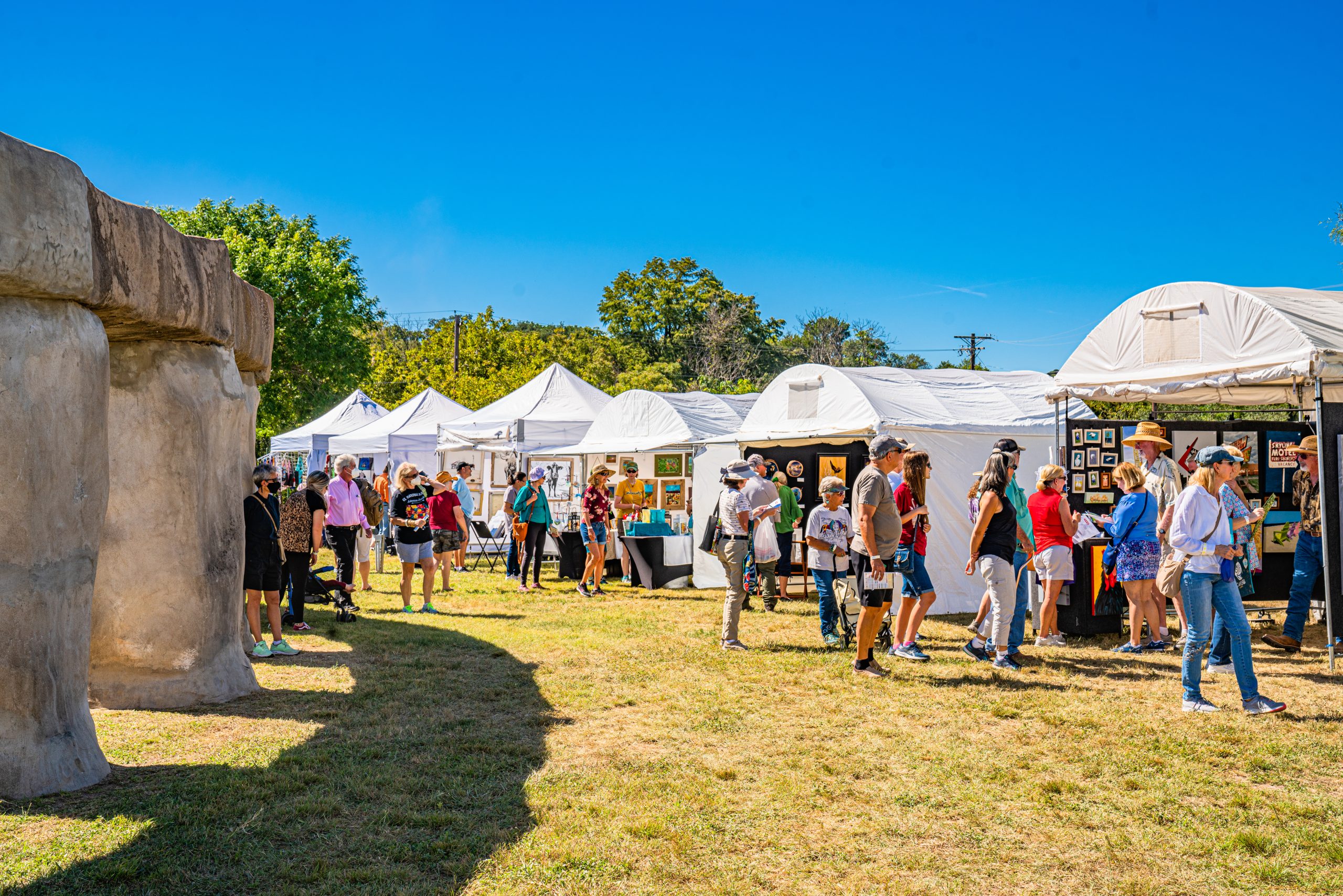 Edith Maskey had just begun her art practice 50 years ago when she took a chance and entered her work for consideration in the inaugural Texas Arts and Crafts Fair in Kerrville.

“It was the first juried show I ever entered, and there were so many people applying,” recalls the San Antonio native who relocated to Comfort more than 40 years ago. “It was such an honor to get in. It was so exciting—I was next to an artist who drew cartoons for Disney. It was a big show and in such a beautiful setting.”

Maskey, a watercolorist, is among the handful of “heritage artists” honored this year when the fair celebrates its golden anniversary Sept. 24-25 in Ingram. Husband John Maskey took up painting shortly after Edith did and, as another longtime veteran of this show, joins his wife as one of the eight heritage artists. The two quit their day jobs decades ago to focus on full-time art careers; they both specialize in paintings of people, landscapes, nature, still lifes, and small-town beauty in the Southwest and Mexico.

Another heritage honoree, Laredo native Amado Peña, became famous in the 1980s for his Native American-inspired multimedia art—mostly paintings in acrylic gouache—depicting landscapes and indigenous people of New Mexico and Arizona. Returning annually since the inaugural event a half-century ago, he still marvels that back then, when he was a young art teacher at Anderson High School in Austin, he was just making artwork as a second career.

“I really didn’t know what I was doing with my studio art yet,” says Peña, who goes to plenty of shows fairly close to his home and popular gallery in Santa Fe, New Mexico, but wouldn’t think of missing this Texas event. “I’m a Texas boy at heart.”

Event director Wanda Garner Cash notes that the show makes an exception for Peña, the only non-Texas resident among 105 artists and makers featured at the 2022 edition. More than twice that number submitted work that jurors—a blend of artists and art professors—reviewed before choosing this year’s lineup. The talent exhibits an assortment of paintings, sculpture, jewelry, and fiber art, while demonstrators include weavers, quilters, a blacksmith, a knife maker, a toymaker, and a ceramicist for an expected crowd of 5,000. And there’s entertainment to spare, too.

“We have Texas musicians playing rock ‘n’ roll, bluegrass, and folk music, and a student ukulele band,” Cash says. “On Sunday morning, we open the day with an a cappella gospel group.”

In the beginning, when the fair was held at the Schreiner University campus in Kerrville, a crowd of 36,000 attended. It was so popular because it was unlike any other event in the state, and it originated and was promoted by the state of Texas, so the publicity was enormous, Cash says.

Today, the crowd may be smaller but the setting can’t be beat: The event happens alongside the Guadalupe River on the Hill Country Arts Foundation grounds, next to Stonehenge II, on Point Theatre Road in Ingram. The heritage artists’ exhibition can be found indoors at the Duncan-McAshan Gallery, while the rest of the show—including demonstrations by the Texas Camel Corps—is spread around the grounds outdoors.

Peña looks forward to the reunion that the fair proves to be each year, bringing together so many artists and patrons that have become friends. Edith Maskey agrees; “We always look for a great crowd. And it’s a wonderful homecoming, when we get to catch up on what everyone’s been up to.”