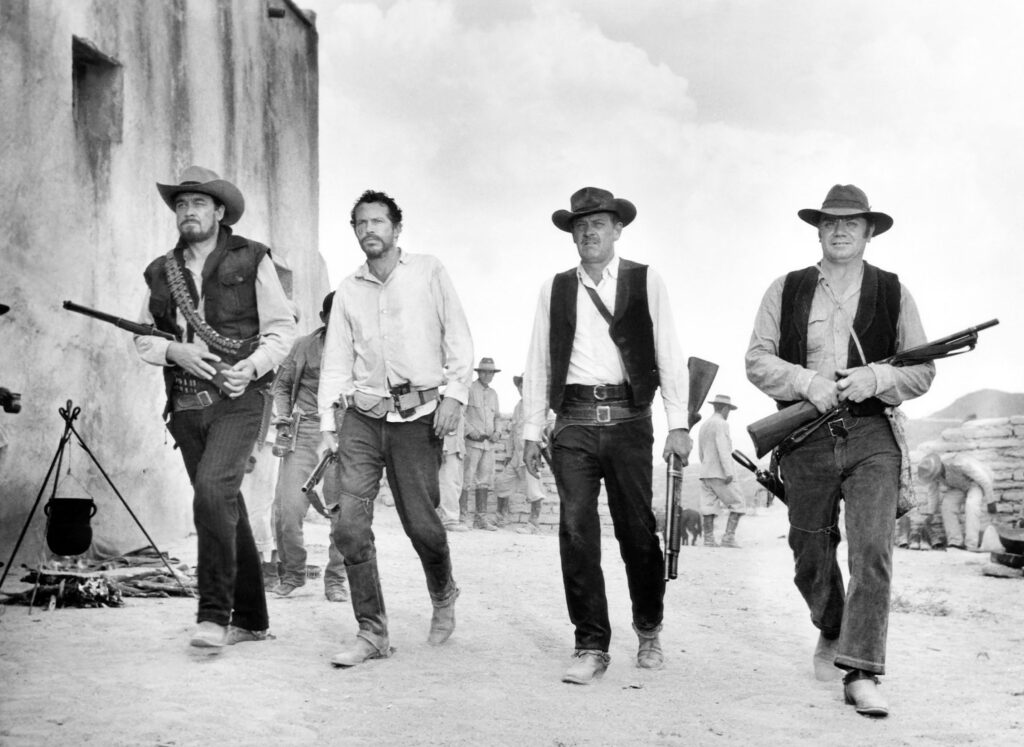 From Butch Cassidy and the Sundance Kid to The Wild Bunch, the Hollywood Western has staked its claim as one of the most popular genres in the history of movie-making. Dozens of original movie posters, costumes, lobby cards, film clips, and screenings recreate sagebrush cinema magic in the exhibition Still in the Saddle: A New History of the Hollywood Western, on view at San Antonio’s Briscoe Western Art Museum from May 28 to Sept. 6.

Curated by University of Utah film professor and author Andrew Patrick Nelson, the exhibition looks at films made from the 1960s to the 1980s and re-examines them through the lens of the eras’ social currents and popular culture. Nelson will present a curator’s talk at the museum on May 29 at 2 p.m.

Texas Highways talked with the curator about the exhibition.

TH: In general, how is Texas featured in the Westerns presented in the exhibition?

APN: Many Westerns from the 1970s are set around the turn of the century, so the Texas we see is often a more “civilized” place than in earlier Westerns that dramatized the settling of the West. Two of the most important movies in the exhibition, The Wild Bunch and Big Jake, both begin in Texas, but see the characters travel to Mexico, which is depicted as a new, and perhaps final, frontier for our cowboy heroes.

TH: What Texas stories can viewers expect to see?

APN: Movies from this period offered new takes on a range of seminal Texas stories. The Culpepper Cattle Co. is a gritty update of the cattle drive story, following a group of Texas cowboys on a drive to Colorado. The Life and Times of Judge Roy Bean is the quintessential movie about Texas’ legendary “only law west of the Pecos,” with the great Paul Newman in the title role.

TH: How much of the Texas stories in the exhibition is myth and how much is reality? How has revisionism affected our perception of these films?

APN: The Life and Times of Judge Roy Bean opens with the line “Maybe this isn’t the way it was…it’s the way it should have been.” This sentiment could be applied to many of the movies in the exhibition, which needed to balance history and myth in equal measure. It’s also important to keep in mind that what moviegoers consider “realistic” changes over the time. Films like The Wild Bunch and The Culpepper Cattle Co., with detailed period sets and costumes, were certainly seen by viewers of the time as more realistic than earlier Westerns. Looked at today, though, all of the sideburns and bell-bottom pants in these movies seem anything but realistic.

TH: What items are featured in the exhibition that will be of special interest to Texans?

APN: The exhibition has a large section dedicated to the final Westerns of John Wayne. The Duke will be on the minds of Texans, as the state has just declared May 26 as “John Wayne Day.” In addition to vintage movie posters from Wayne’s films, actual costumes he wore in films like The Cowboys and The Undefeated will be on display, along with a video that showcases some of his greatest screen moments.