Where the People of El Paso Find Peace and Strength

In the wake of last weekend’s horrific attack, we asked some of those who know the city best to reveal the local spots that bless them with serenity. 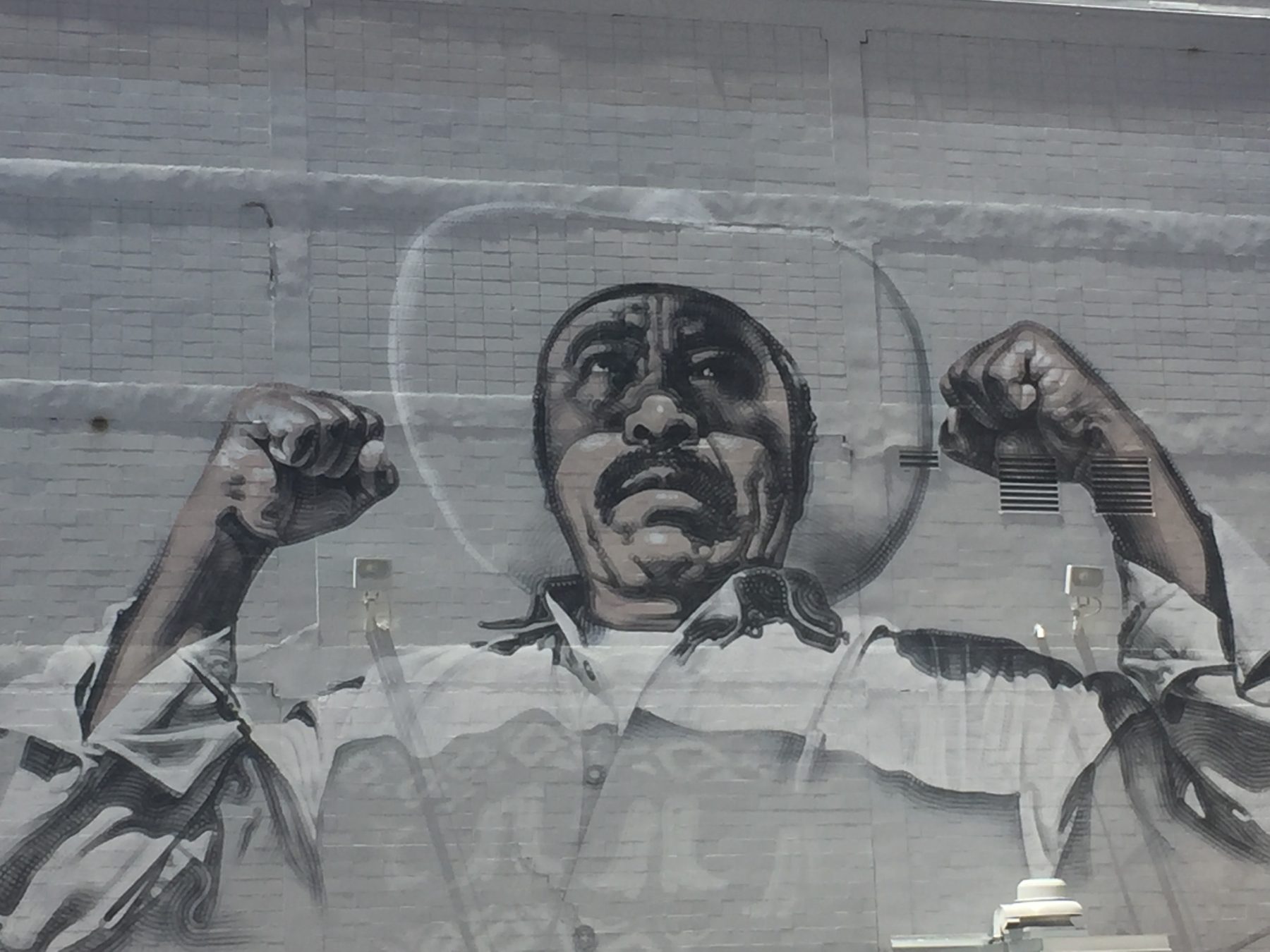 El Paso is a city of family, faith, kindness, and community. From the Bowie Bakery in El Segundo Barrio, to the families strolling out of the Plaza Theatre after a Sunday matinee, to the magnificent views of Ciudad Juárez just over the border, there’s a generous spirit present that is one of a kind. As we mourn the heartbreaking loss of lives from the August 3 attack, we pay tribute to the Sun City by asking its residents where they go to seek refuge during difficult times.

Roberto Espinoza
Owner and chef, Pot au Feu
I find beauty and refuge in the Franklin Mountains. When you fly in and see the Star on the Mountain—light bulbs laid out to display a 450-foot-tall star that first appeared in 1940 as a symbol of “peace and goodwill” during the winter holidays, but now shines year-round—you get a sense of relief that you are finally home. You can see it from most neighborhoods in central and east El Paso. Another place is Scenic Drive, where you can see the span of the city lights at night, and our sister city, Juárez. Also, Hueco Tanks or Transmountain Road, both popular hiking destinations. You can see our beautiful mountains from them. This is a unique city, full of love and compassion.

Paola Seegers
Director, The Trost Society
There is no place that makes me feel more at ease than being surrounded by my community. I hadn’t really noticed this until my city was violated. Suddenly, sitting at home didn’t feel like home. It didn’t feel safe. I drove over to meet with my friends and family during the time of hardship. Being surrounded by the solidarity of my fellow El Pasoans made me feel at ease and at home.

Richard Wright
Writer and Juárez tour guide
Franklin Mountains State Park covers the top of the mountain that bisects El Paso. North, on the west side of the mountain, the Tom Mays unit of the park spills down onto the foothills; it has campsites for overnight stays. On weekends, the park can be busy, but during the week, after 5 p.m. when the park closes, you can have all you want of the park’s 26,000 acres to yourself. Out there, you can sit on the edge of the hill and watch the sun ease over the horizon, with a sky without limits that lights up like campfire embers. Out there, in the twilight, the Rio Grande shines on the valley floor. Sometimes the wind carries the whine of the highway below, or the yips of coyotes. You’re 10 minutes from the city, but you’re a world away.

Malissa Arras
Cultural activist born and raised in El Paso
I love to look out from places like Scenic Drive, where you can see all the lights from the edges of El Paso to the end of Juarez and feel how we are one big community of over a million people, together. I feel that also walking through San Jacinto Plaza or in El Segundo Barrio, where I see the murals painted by artists from both sides of the border—where you hear the mix of languages and enjoy the ebb and flow and constant sharing of culture that makes us who we are. El Paso loves its people. I am so fortunate to have been raised in this community.

Doug Pullen
Program director, Plaza Classic Film Festival
The Plaza Theatre [the 1930s theater in the heart of downtown El Paso] is a refuge for me and for our city. The immersion you get by watching a movie on its 20-foot-tall, 43-foot-wide screen can be transcendent. The Plaza Classic Film Festival began last weekend—the same weekend as the shooting. The first reports came in while we were showing Shrek. We decided to go on with the festival as planned because, over the course of the next few hours, we saw the mission of the film festival evolving from entertainment and information to healing, soothing, and distraction. We also did not want the shooter to win. The Plaza became a safe haven where the people who did want to go out could have some sort of communal experience at such a terrible, dark, and confusing time.

Peter Svarzbein
City councilman and creator, The El Paso Transnational Trolley Project
When I want to seek a respite, I love to travel to our Franklin Mountains State Park, the largest urban state park in the United States, to enjoy the trails and views. El Paso is blessed to have the southernmost point of the Rocky Mountains in the center of our city and in the heart of our bi-national community. These mountains helped to define our name—El Paso del Norte, the Pass of the North. We have easy trails and more difficult trails, with easy access from many parts of town. Nothing relaxes me more than starting or capping off my day hiking a trail. Within a few short minutes, the sounds of the city disappear, and I’m left only with expansive vistas of both of our countries, united by our border, bridges, and people. Open space soothes the soul and lets us examine and reflect on something larger than ourselves.

Jamie Flores
Executive director, El Paso Holocaust Museum & Study Center
I feel at peace in El Paso anywhere I can see our amazing sunsets, whether I am walking my dog, hiking in the mountains, or even driving home from work. Those incredible sunsets bring me such a sense of hope, and they are such a part of what makes our city beautiful.

The El Paso Community Foundation has launched the El Paso Shooting Victims Fund to help the families of victims.