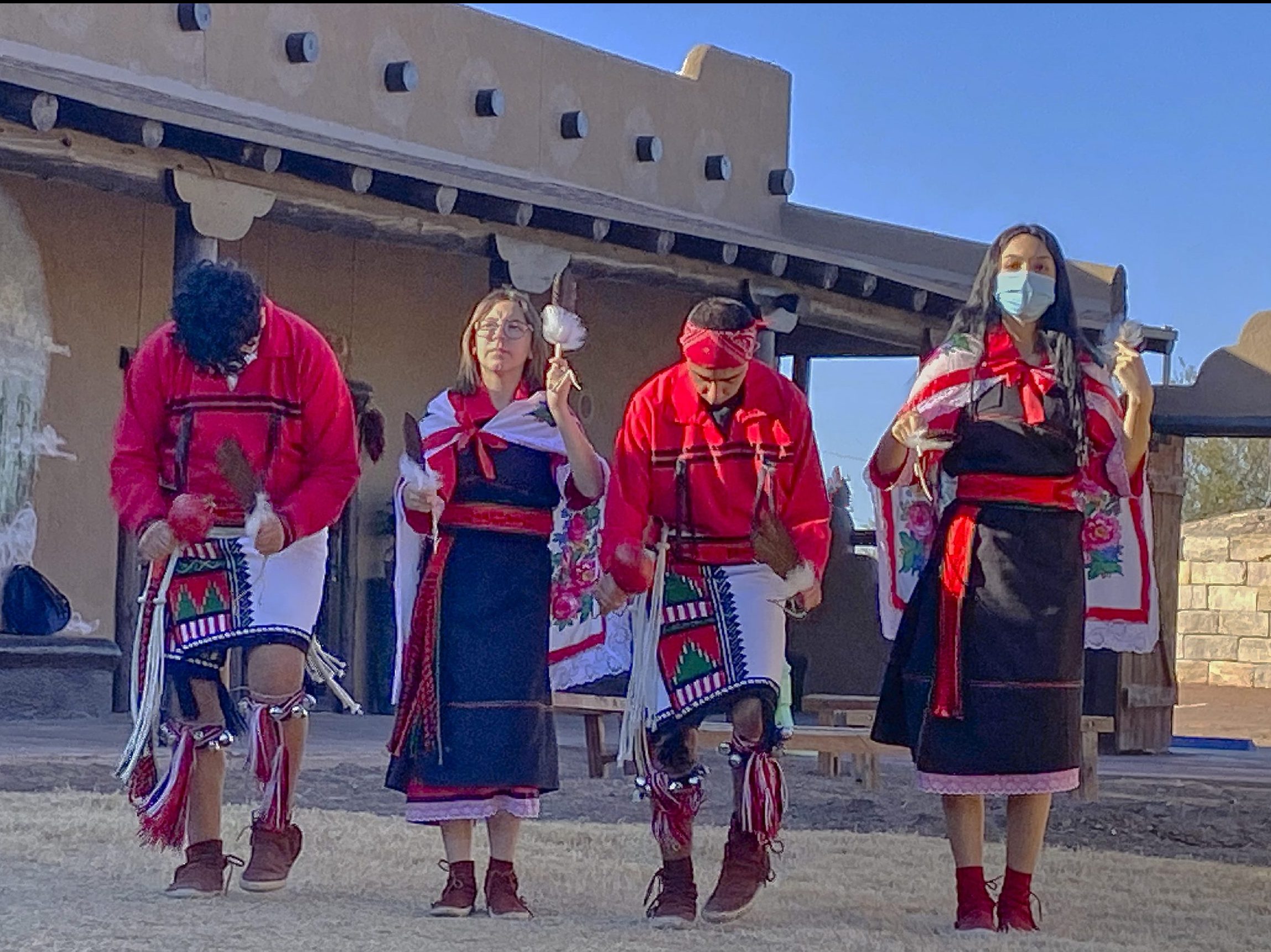 On a Saturday in January, at a free traditional performance in the sunny courtyard of the Ysleta del Sur Pueblo Cultural Center, an eagle dancer spreads his wings as he swoops and soars with the spirits, then gracefully folds his wings and lands on the earth. A young couple two-steps, intertwining their hands in a uniquely Puebloan way. Women winnow corn, and a buffalo dancer, with his thick black mane, looks downward as he steps strongly and proudly to the beat of the drums.

“The drum is in our DNA,” said Rick Quezada, director of the Cultural Center and Pueblo Museum, “and the children have been experiencing the dances all their lives.”

Ysleta del Sur Pueblo, a Native American tribe based in El Paso, is in many ways invisible to the outside world. But the community welcomes visitors and generously shares its culture with events throughout the year.  According to Quezada, the Cultural Center is a hub for learning about the history of the Pueblo, reintroducing traditional gardening to the tribal members, and preserving pottery methods and the Pueblo’s native language (southern Tigua).

There are three shops owned by tribal members in the courtyard of the Cultural Center. Inside a ceramic shop, potter Albert Alvidrez creates and sells unique pieces while his mother, artist Yolanda Alvidrez, paints decorations. “Shorty” Gomez, the technology director at the tribe’s nearby Speaking Rock Entertainment Center, sells skateboards decorated with his photographs of traditional dancers enhanced by digital editing alongside Native designs at Red Pueblo Works shop.

At the informative Pueblo Museum, Quezada offers a deep dive into the history and culture of his people; you can schedule his tour in advance for free or take a self-guided tour. Quezada also makes traditional drums, and an exhibit in the museum gift shop explains the two-week process he uses to create each instrument.

For more information on events, and directions, visit ysletadelsurpueblo.org 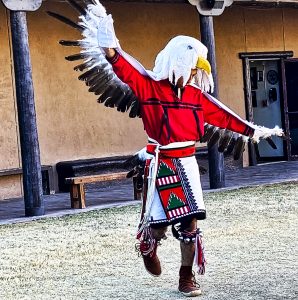 Also known as Tigua Indians, the people of Ysleta del Sur are descendants of a tribe that was enslaved by the Spanish and forced to move south from Isleta Pueblo, New Mexico, after the tribes of New Mexico kicked out the Spanish colonizers in the Pueblo Revolt of 1680, according to the museum. Despite the relocation and drought, members of the tribe applied their ancestral knowledge of agriculture, irrigation, cosmology, and foraging. “Our ancestors left us with instructions, and we follow them,” said Patricia Riggs, who helped establish the tribal court system and tribal codes. “They adapted and even served the U.S. cavalry as scouts against their common enemies,” Quezada added.

Over the years, the Pueblo experienced threats to their cultural continuity, including the federal government taking children from their families and sending them to faraway boarding schools at the turn of the 20th century, according to the museum. But despite this disruption to their language and culture, they continued to practice their traditions and native governance. The Tigua were finally granted official tribal recognition and sovereignty by the federal government in 1987.

When I saw two women baking bread in the outdoor horno (oven), I understood how their food, customs and traditions were passed down from generation to generation, which ensured cultural continuity in the lives of the 5,000 tribal members today.