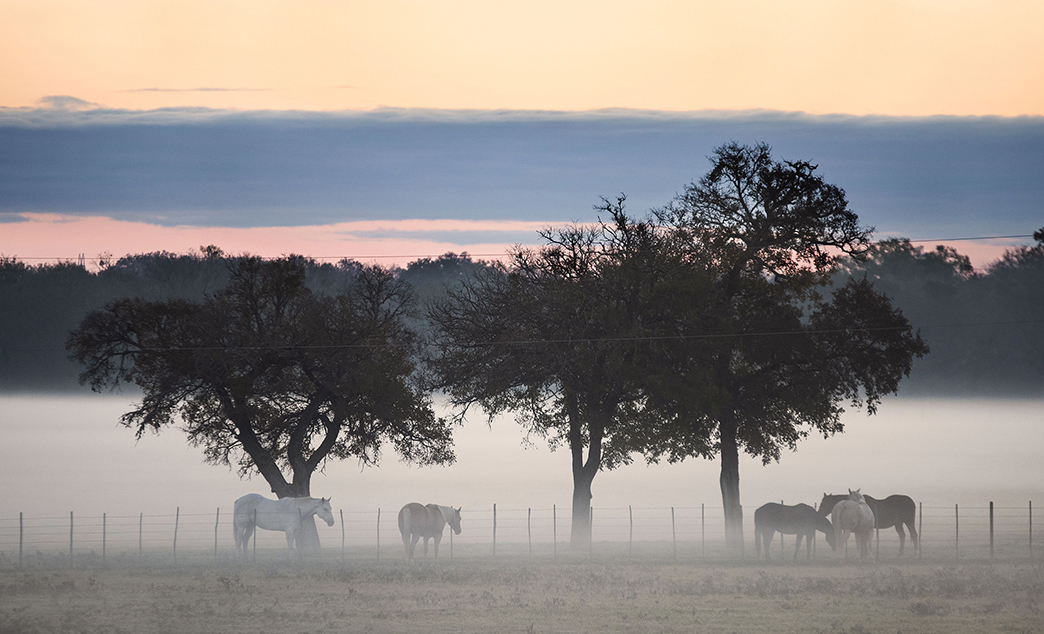 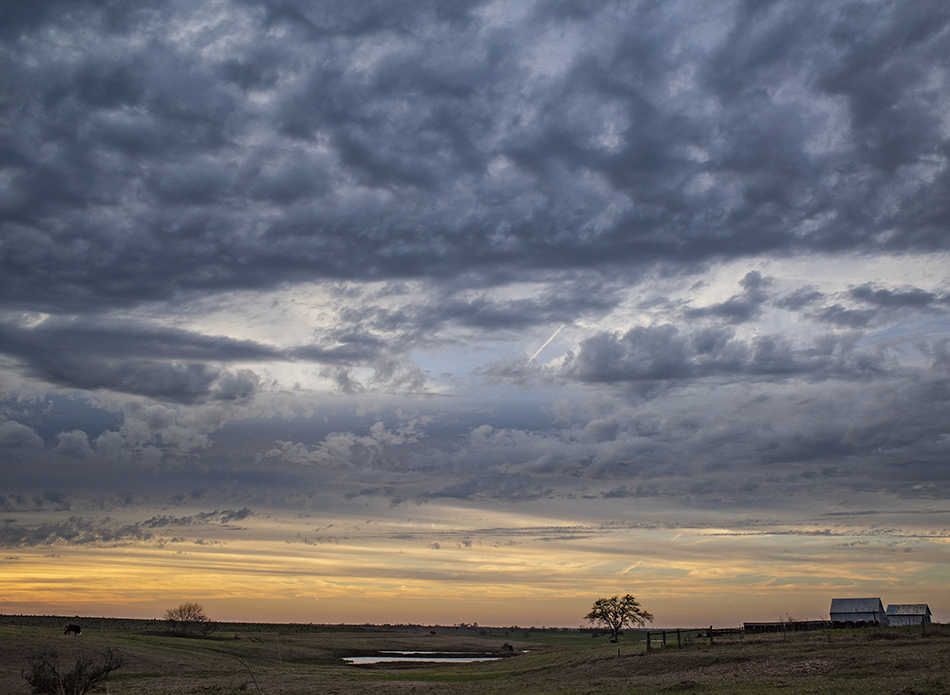 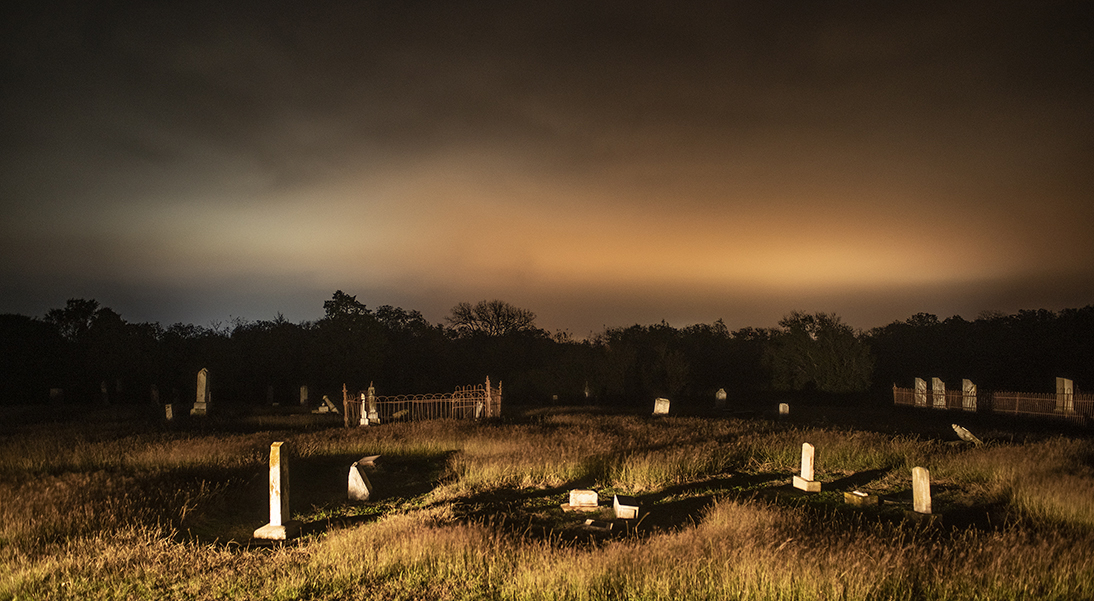 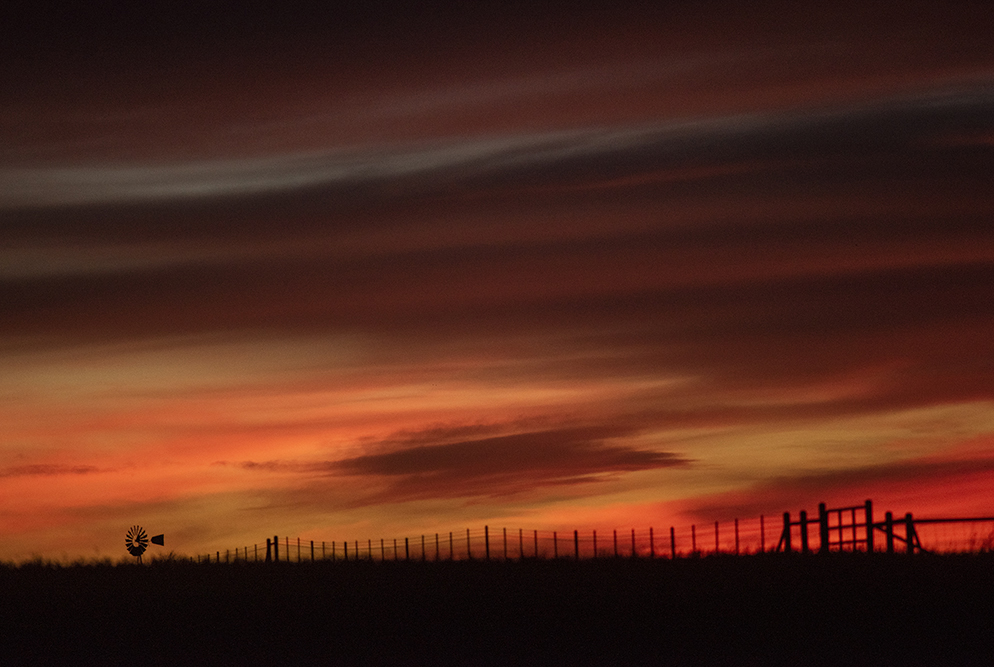 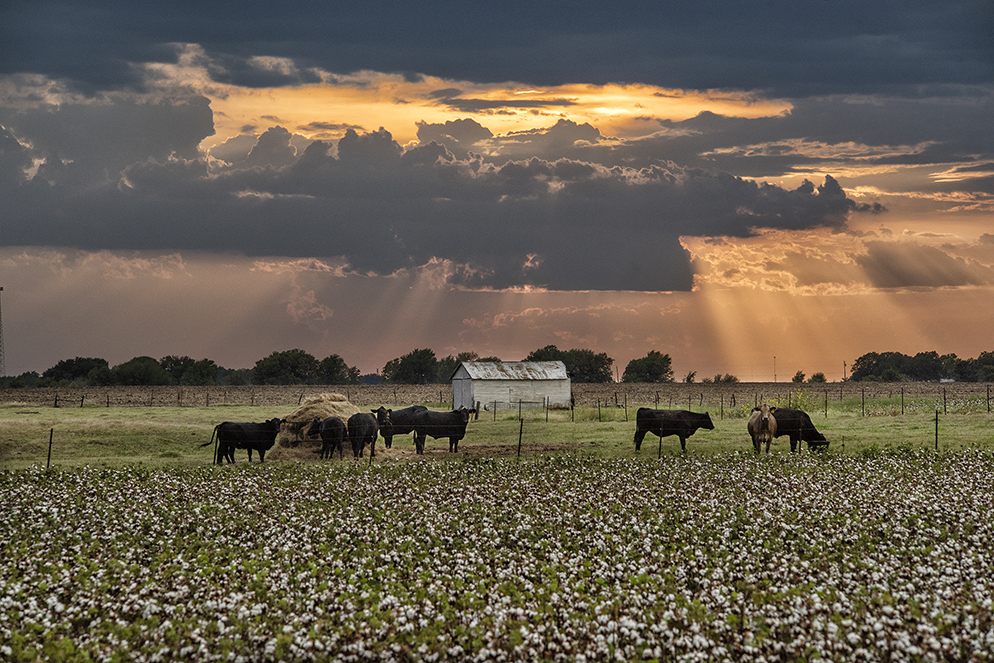 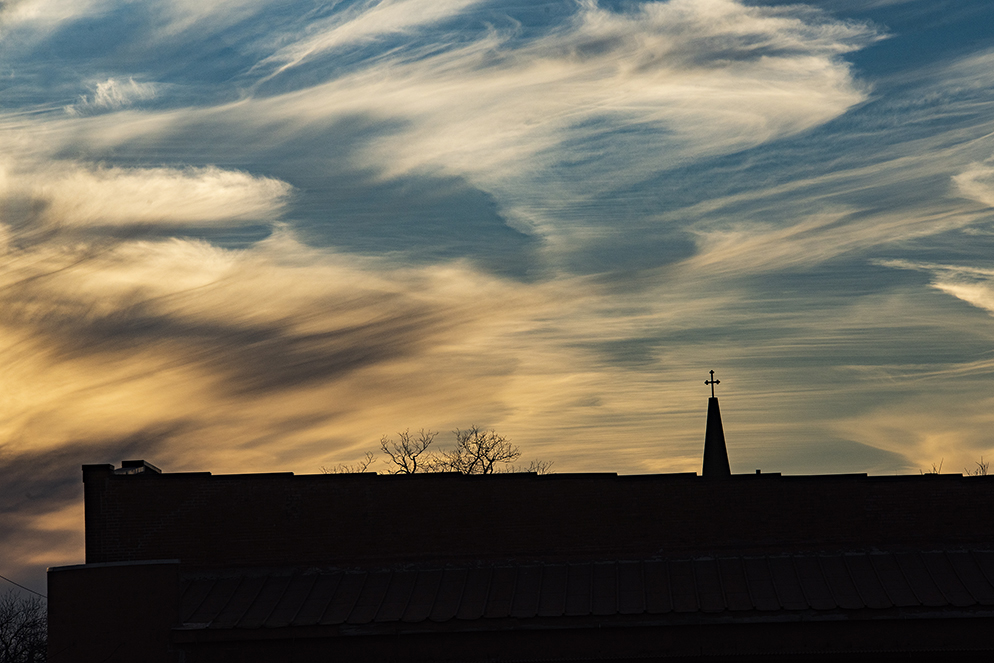 On most evenings, as the sun sinks below the horizon in the Blackland Prairie, photographer Andy Sharp is in his aged Honda chasing the light somewhere on a country road or in a small town. Sharp has rambled about for 10 years, since he and his wife, Jody Sharp, moved to Taylor in Williamson County. He posts the images to his website, Andy’s Ramblings, and to social media.

A native of northeast Texas, Sharp worked as a newspaper photographer for the Atlanta Journal-Constitution for nearly 30 years. He and Jody settled in Taylor because they were tired of big-city life. “I wanted someplace that was less dense,” he said.  “Atlanta was overbuilt and had too much traffic. We were looking for a place that was un-Atlanta like.”

Sharp’s passion for cycling on the rural roads outside Taylor led him into making what his mentor, retired UT-Austin photojournalism professor J.B. Colson, terms “pictorials.” As Sharp observed the beauty of the Blackland Prairie while riding his bike, he decided he needed to return with a camera and tripod.

“I just kind of fell in to photographing the land for something to do when I wasn’t getting clients. When I’m not doing something, I get a little wacky,” he said. “My photography has become a kind of therapy. It’s a stress relief.”

When Sharp first began rambling, traffic on the country roads was sparse. He could simply stop his car in the middle of the road, set up a tripod, and photograph. Now, traffic is increasing, and development is encroaching on the lush farmland in which he delights photographing beneath a spectacular sky. Sharp finds himself having to travel farther away from Taylor. “I have always known the best light is either at the beginning or the end of the day. The light in Texas at both ends is wonderful,” he said.

The small towns and churches that dot the Central Texas countryside hold a special lure for Sharp. Sometimes he attracts unexpected attention, such as when two sheriff’s deputies arrived as he photographed the stately Prince of Peace Lutheran Church in Wuthrich Hill, about 10 miles northeast of Taylor, in dimming evening light. The deputies were reassured when Sharp showed them an image on his camera’s screen. On another trek to Coupland, south of Taylor, he poked his camera lens through a gap in an abandoned bridge only to discover a rattlesnake staring back. He didn’t get that shot, Sharp said.