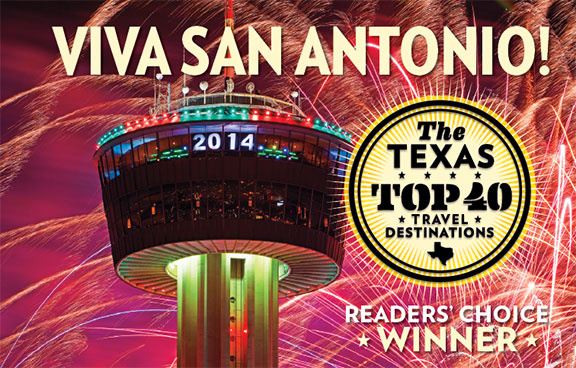 You could argue that San Antonio had a head start in Texas Highways’ countdown of the Texas Top 40 travel destinations. As a historic frontier hub and the state’s oldest big city, San Antonio has captured our collective imagination for centuries. San Antonio’s heritage of fortitude, culture, and diversity embodies Texas spirit at its best—from the Alamo defenders to the Chili Queens to the NBA champion San Antonio Spurs.

When we surveyed readers about their favorite Texas travel spots, they invoked San Antonio’s distinctive character, along with the city’s wealth of activities and hometown hospitality. Reader Iris Ramirez of Garland put it succinctly: “The variety of cultural events, food, and historical sites makes the city a must-see experience.” Voters like Iris put San Antonio at the top of the list. 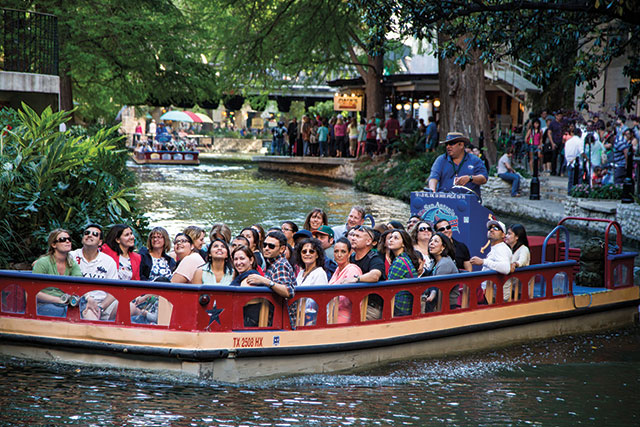 We kicked off the Texas Top 40 countdown in January to celebrate the magazine’s 40th anniversary. We called for reader input, and thousands responded, by letter, email, and Facebook. Given Texas’ diversity of geography and culture, the Top 40 reader favorites literally have been all over the map—from the beaches of Port Aransas to the desert of the Big Bend, and from the charm of Fredericksburg to the glitz of Dallas.

As the countdown has unfolded, we’ve been fascinated by the characteristics that readers admire in their favorite getaways. Some travelers are looking for a quiet escape to remote parks and preserves. Others want to trace the steps of their ancestors and inspect relics of the past. Eclectic shops and small-town cafés are wildly popular, while metro art museums and theme parks also excite. Above all, travelers seem to be seeking an improbable mix of authenticity, modernity, enrichment, adventure, and comfort. 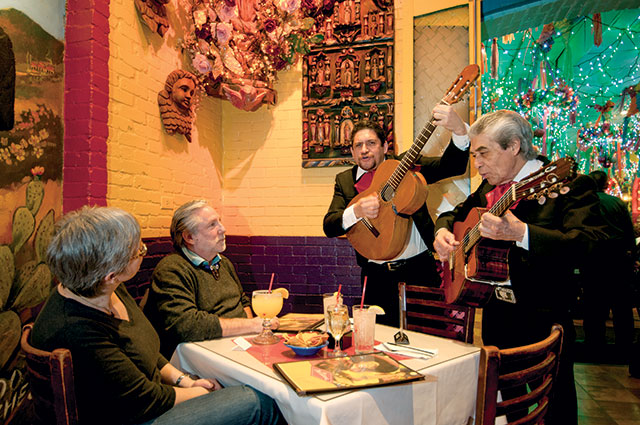 Perhaps this is why San Antonio is so broadly appealing. The Alamo City offers a remarkable range of tourism activities. A thousand different visitors can have a thousand different experiences, be they history buffs at the Alamo and the Mission Trail; art connoisseurs at the McNay Art Museum and the San Antonio Museum of Art; thrill-seekers at Six Flags Fiesta Texas; wildlife watchers at the San Antonio Zoo and SeaWorld San Antonio; or shoppers at La Villita Historic Arts Village and El Mercado. Oh yeah—there’s also a popular River Walk on the San Antonio River and enough tasty restaurants, especially Tex-Mex, to feed you for years.

“San Antonio is so attached to her history. The city has preserved her soul,” reflects Xavier de Richemont, the French artist who designed the breathtaking video art installation at San Fernando Cathedral, featured on the cover of this magazine. “I felt like I was related to the people I met here as if I had lived around for years. I have visited a lot of important cities in the United States, [and] San Antonio has succeeded in being in the top 10 cities of the country while remaining a village. This is an amazing source of inspiration.” 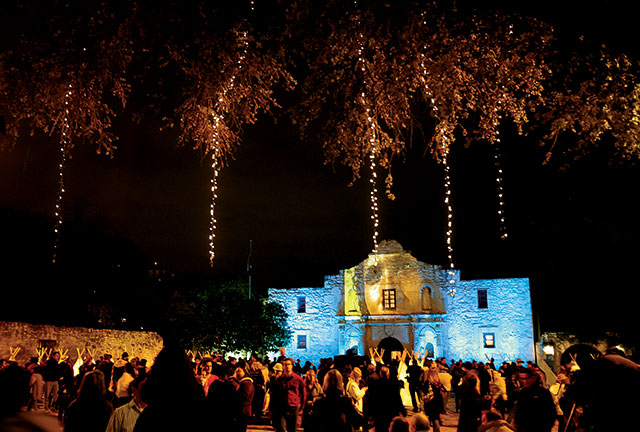 The small-town feeling in a big city, the blend of modern and historic, and the underlying current of art and culture are all qualities that distinguish San Antonio. You find it at places like the Witte Museum’s South Texas Heritage Center, which displays Davy Crockett’s fiddle in a state-of-the-art exhibit; at Taco Haven, where colorful Aztec murals loom over deliciously cheap Tex-Mex dishes; at the San Antonio Museum of Art, where a repurposed brewery boiler room holds millennium-old Roman sculptures; and at The Luxury, which serves up-to-the-minute craft brews in a beer garden overlooking the languid San Antonio River.

“It’s such a historic city that there are so many interesting places to visit,” says 87-year-old Frances Rios, who for three decades has been volunteering her time to demonstrate the craft of spinning raw cotton into string at the Institute of Texan Cultures. “And I’ve always found that the people of San Antonio are very friendly.”