Photos by: Texas Parks and Wildlife

Written by Lois Rodriguez, Photographs by Texas Parks and Wildlife | From the June 2015 issue | Updated: April 21, 2018 | Filed Under: Blog (archive)

Even as more storms continue to hammer a rain-soaked state, communities and families are knee-deep in recovery efforts from the torrential Memorial Day Weekend storms. The same holds true for some Texas State Parks, which have suffered considerable rain damage, too.

As of Wednesday, more than 50 state parks report some damage as a result of significant rainfall. About half of those sites are currently closed or partially closed to the public due to flooding.

“The safety of our staff and our visitors is our top priority right now,” says Brent Leisure, TPWD State Parks Division director. “Many of our parks remain operational and as conditions permit, we will be bringing our other sites back on line. Much of the damage is flood related debris and that takes time to clear. We’re heading into our peak visitation period and have all hands on deck to make our parks safe and enjoyable again.”

The status of the following parks will change as progress is made, but until then, here are the current closures and partial closures. 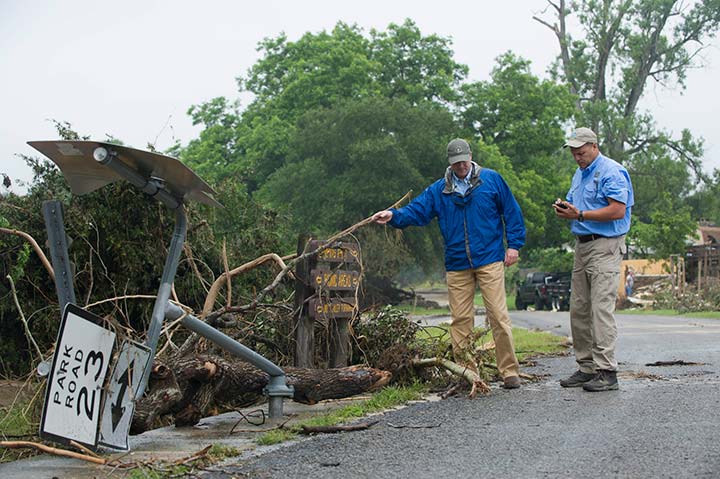 Enchanted Rock State Natural Area: Ranch road 965 north of the park is now passable. Park is open with usual conditions of possible closings on weekends and holidays for ‘full” status.

Fort Parker State Park: Water levels are back to normal, canoes and paddle boats can be used on the lake and river, and campsites open.

Bastrop State Park: Park is open, but some areas are closed due to flood damage. Hiking trails and Park Road 1C to Alum Creek Road are closed (the road is open from Alum Creek Road to Buescher State Park.) Some camping areas and cabins will reopen later in June. Visitors will not be able to view the dam failure as this area is still closed.

Eisenhower State Park: Many areas, including the main road into the park, are still closed including all camping loops except Armadillo Hill (until at least June 17, 2015). All marina access, day use areas, the Recreation Hall and the Group Picnic Pavilion are also closed.

Goliad State Park and Historic Site: Park headquarters remains open along with the mission and one of the trails. The Longhorn and Vaquero campgrounds remain closed through June 16. The Angel of Goliad Hike and Bike Trail, San Antonio River Trail, and picnic area remain closed until further notice.

Mother Neff State Park: Some areas remain closed, but the water/sewer/electic campsites and trails are open.

Village Creek State Park: Day-use and caping areas open, but no swimming is allowed and half the park trails remain closed. 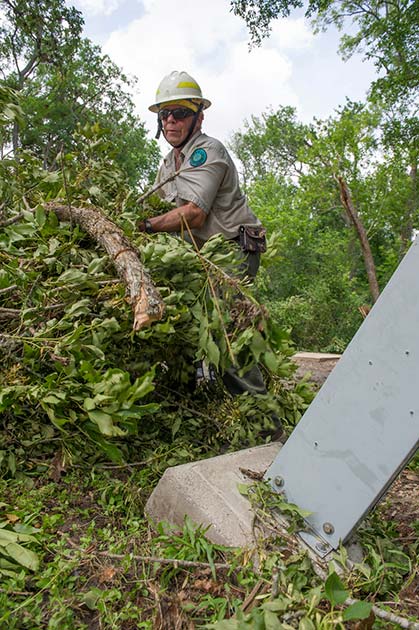 : Park is closed until further notice.