A Look At Terlingua’s Chili Origins 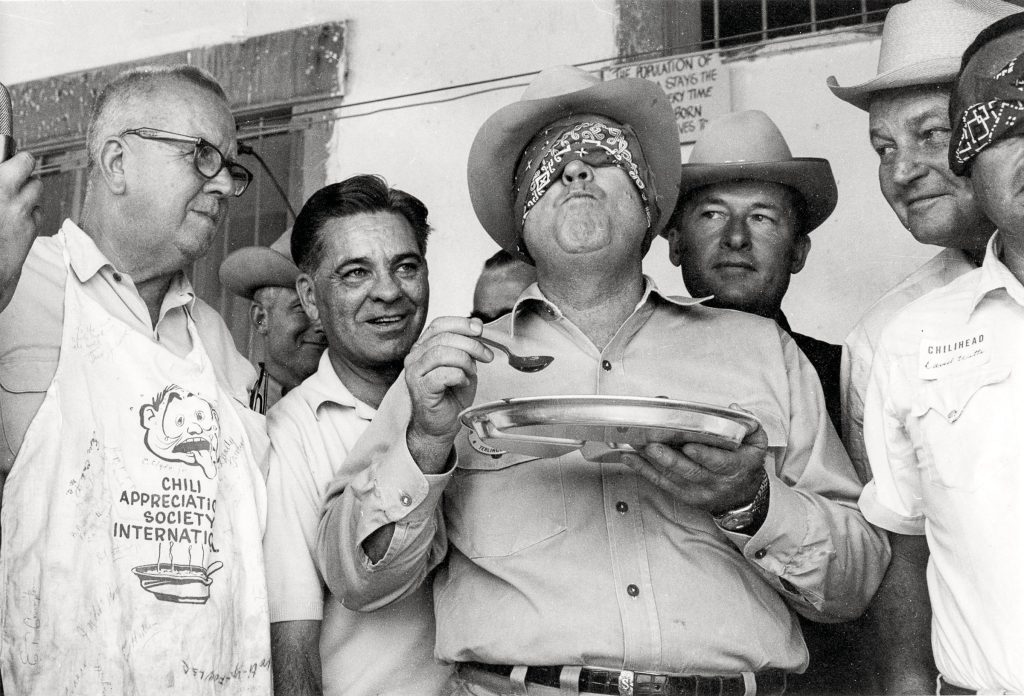 The so-called Great Chili Confrontation started on Oct. 21, 1967, when journalists H. Allen Smith and Wick Fowler met in Terlingua for a cookoff to decide who could make the best chili. Smith, who lived in New York, had written an article in Holiday magazine titled “Nobody Knows More About Chili Than I Do,” with a recipe including pinto beans. Fowler—a well-known Texas reporter and creator of the Wick Fowler’s Two-Alarm Chili Kit—could not abide such an assault on the national dish of Texas, where ground beef is the prized ingredient and beans are frowned upon. The two met at high noon to settle the dispute, but the judging ended in a tie, leading to a rematch the following year. As evidenced by this photo of chili judge Floyd Schneider, a brewery executive, the cookoff was so much fun that 55 years later, chiliheads still meet in Terlingua every year on the first weekend in November. Since 1983, two cookoffs have carried the torch—one hosted by the Chili Appreciation Society International and the other by The Tolbert Chili Cookoff Group.