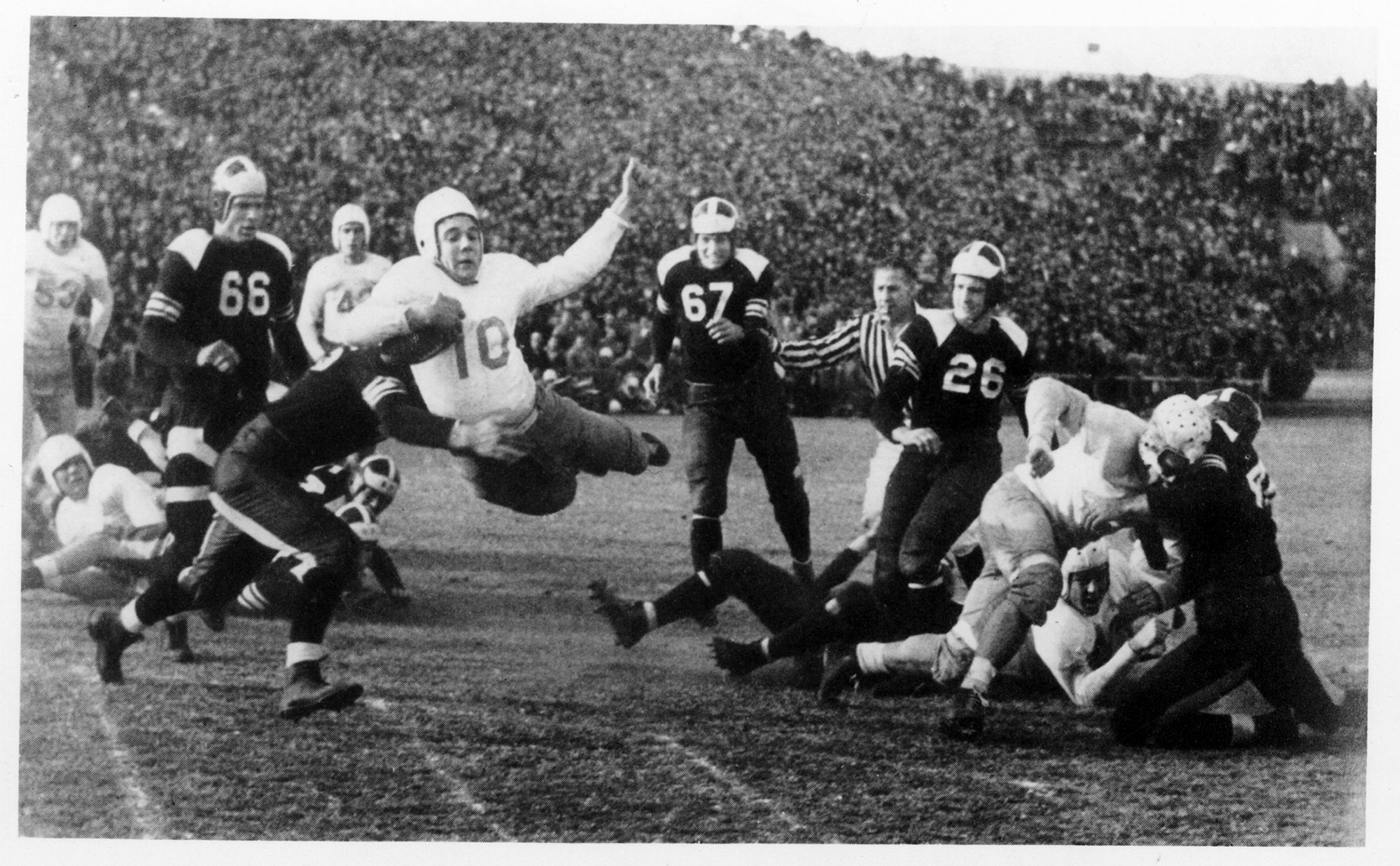 The Texas Longhorns had lost 10 straight games when they welcomed the Texas A&M Aggies to Memorial Stadium in Austin for the 1938 edition of the annual Thanksgiving rivalry. Longhorn fans didn’t harbor much optimism for a win, considering the varsity team had lost a scrimmage to its own freshman team a week earlier. But with halfback Nelson Pruett’s diving touchdown (pictured), Texas took the lead and held on for a 7-6 win, blocking an Aggie extra-point attempt with 20 seconds to play. Texas coach Dana Bible later called it “the happiest day in all my years of coaching,” writer Bobby Hawthorne recounted in Longhorn Football: An Illustrated History. Texas A&M didn’t suffer for long, though, because the following year, the Aggies beat Texas as part of an undefeated season that culminated in a Sugar Bowl victory over Tulane and a No. 1 ranking in The Associated Press writers poll.