From the Casket Makers to the Sod Poodles, the league has fielded teams and fueled dreams since 1888 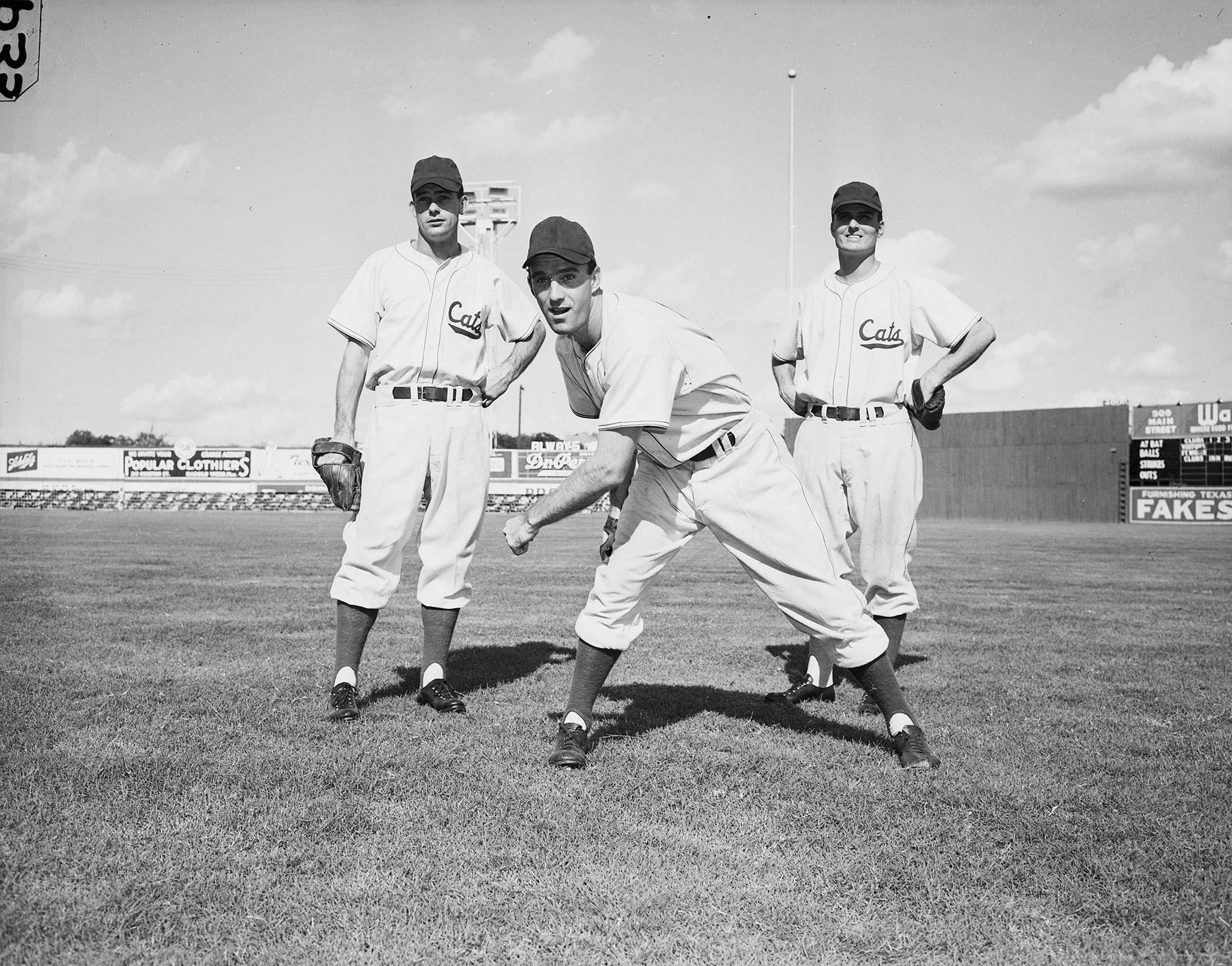 When a baseball league has been around for more than a century, you know it’s got some stories to tell. That’s certainly the case for the Texas League, whose teams have been taking the field since 1888, longer than any other pro league in the state.

Consider the game in 1902 when Jay Clarke, the catcher for the Corsicana Oilers, hit eight home runs in one outing against the Texarkana Casket Makers. Clarke’s feat remains unmatched in professional baseball. With 21 home runs as a team, the Oilers won the game 51-3.

“There’s a backstory to this,” explains Tom Kayser, president of the Texas League from 1992 to 2017. “Texarkana’s team owner asked the manager if he’d do him a favor by allowing his rookie son to pitch. The manager reluctantly agreed, but instead of pulling him out of the game after giving up so many runs, he left him in the entire time to experience the full beating. He wasn’t asked for any favors after that.”

The Oilers and the Casket Makers are among the dozens of Texas League teams formed, relocated, disbanded, and forgotten over the years, from El Paso to Beaumont, and Fort Worth to Harlingen. But today’s clubs uphold the tradition of scrappy baseball and colorful names.

The current version of the league— formally called the Texas League of Professional Baseball Clubs—is composed of the Amarillo Sod Poodles, Corpus Christi Hooks, Frisco RoughRiders, and Midland RockHounds. Teams from Arkansas, Missouri, and Oklahoma round out the league. The teams compete in the Double-A minor league and play a 140-game season running from April to September. But this year—like the Major League Baseball clubs they’re affiliated with—their season has been delayed due to COVID-19.

When the Texas League began in 1888, most teams had only one game ball. One of Kayser’s favorite league legends is about a game in the early 1900s when the home team realized its ball was locked in a shack behind the ballpark. The key was nowhere to be found. After players and coaches scrambled to locate it for a while, they eventually gave up and went home.

Nowadays, teams use about 70 baseballs per game. They also have more players. A century ago, rosters had 12 players; now they have 25. While today’s ballplayers are position specialists, the competitors of the past often took the field in various roles—they might pitch one day, play second base the next, then head to the outfield.

“It was a rough-and-tumble game back then,” Kayser says. “The ballfields were more dirt than grass, unlike these perfectly manicured fields we have today. The baseballs were like a mushball [a larger and softer version of a baseball]. They would turn as black as a piece of coal by the end of the game.”

Among baseball aficionados, the Texas League is perhaps best known for spawning the term “Texas Leaguer,” which sportscasters use to describe a pop fly that drops between an outfielder and an infielder for a hit.

“There’s a fanciful legend that says it’s named for an incident where a Fort Worth cowboy shot a fly ball out of the sky, and it fell like a downed bird,” Kayser says. He adds that the “somewhat-derisive term” was likely coined in the majors when a recently promoted Texas League player blooped a ball just out of the fielders’ ranges. 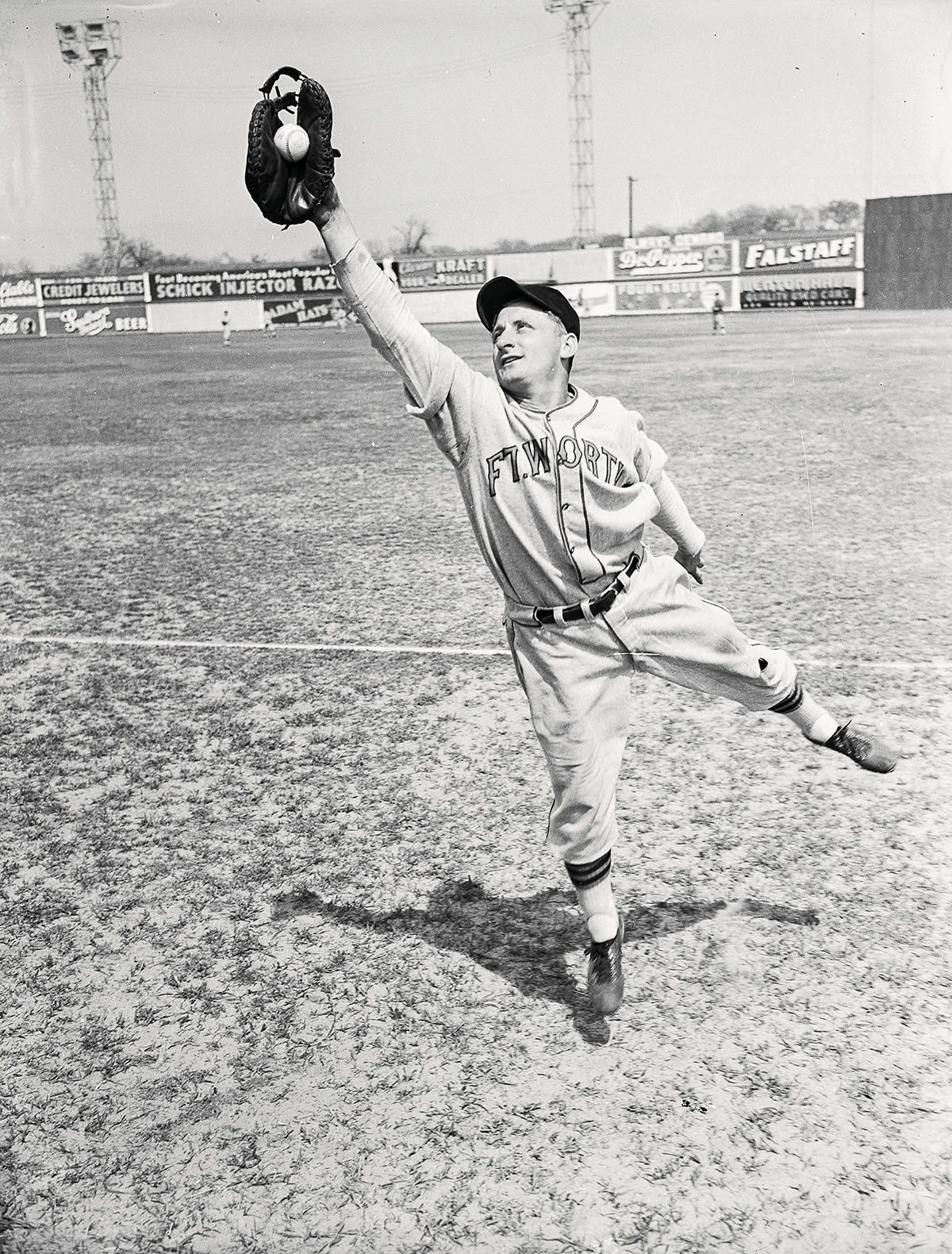 The Texas League’s origins date to 1887, when a player named John J. McCloskey organized a baseball barnstorming tour from his home base in Joplin, Missouri. The tour was heading to the West Coast, so McCloskey decided to stop in Texas on the way for a few exhibition games in Fort Worth, Waco, and Austin.

“Reports indicated there was wild enthusiasm from the Austin fans,” Kayser says. “McCloskey was invited back to organize pro ball for the locals, and that’s what became the Texas League.”

Kayser points to three golden eras of minor league ball in Texas: post-World War I, post-World War II, and the current era with its spectacular ballparks and attendance records, with annual crowds numbering in the hundreds of thousands.

He adds that for more than 50 years, the Texas League was the only way to see quality baseball in the state—the local connection to the nation’s blossoming love affair with baseball. Major League Baseball didn’t come to Texas until 1962, when the Houston Colt .45s started playing in the National League.

Texas League fans will tell you the natural elements of the Lone Star State play a role in shaping ballplayers into better hitters. As Texas winds swirl around the infield, a batter must focus on his precise point of contact to avoid the inevitable pop-up. Most rookies—especially in West Texas—hit sky-high easy outs until they learn how to factor for the elements and swing with a slight downward motion.

“The wind really affects the baseball here,” says Tim Purpura, league president since 2017. “If a pitch gets up, it gets tattooed into the stratosphere. It’s a rite of passage in West Texas.”

Throughout its historic run, the Texas League has produced a long list of colorful characters and future Hall of Famers. A few notable alumni who went on to have All-Star careers include Dizzy Dean (Houston Buffaloes, 1931), Joe Morgan (San Antonio Bullets, 1964), and Mike Trout (Arkansas Travelers, 2011).

According to Purpura, only about 10% of Texas Leaguers make it to the major leagues. The average Texas League player makes about $2,500 a month during the five-month season, with a $25 daily food stipend. The players typically take jobs during the winter to make ends meet, such as working as batting-cage instructors.

Purpura himself is a veteran of the big leagues, having worked as general manager of the Houston Astros and senior director of player development for the Texas Rangers. His experience is a natural fit for the Texas League, where he oversees operations that impact young athletes during their formative years.

“These guys are really motivated by their dreams—it’s an unbelievable challenge to become a major league player,” Purpura says. 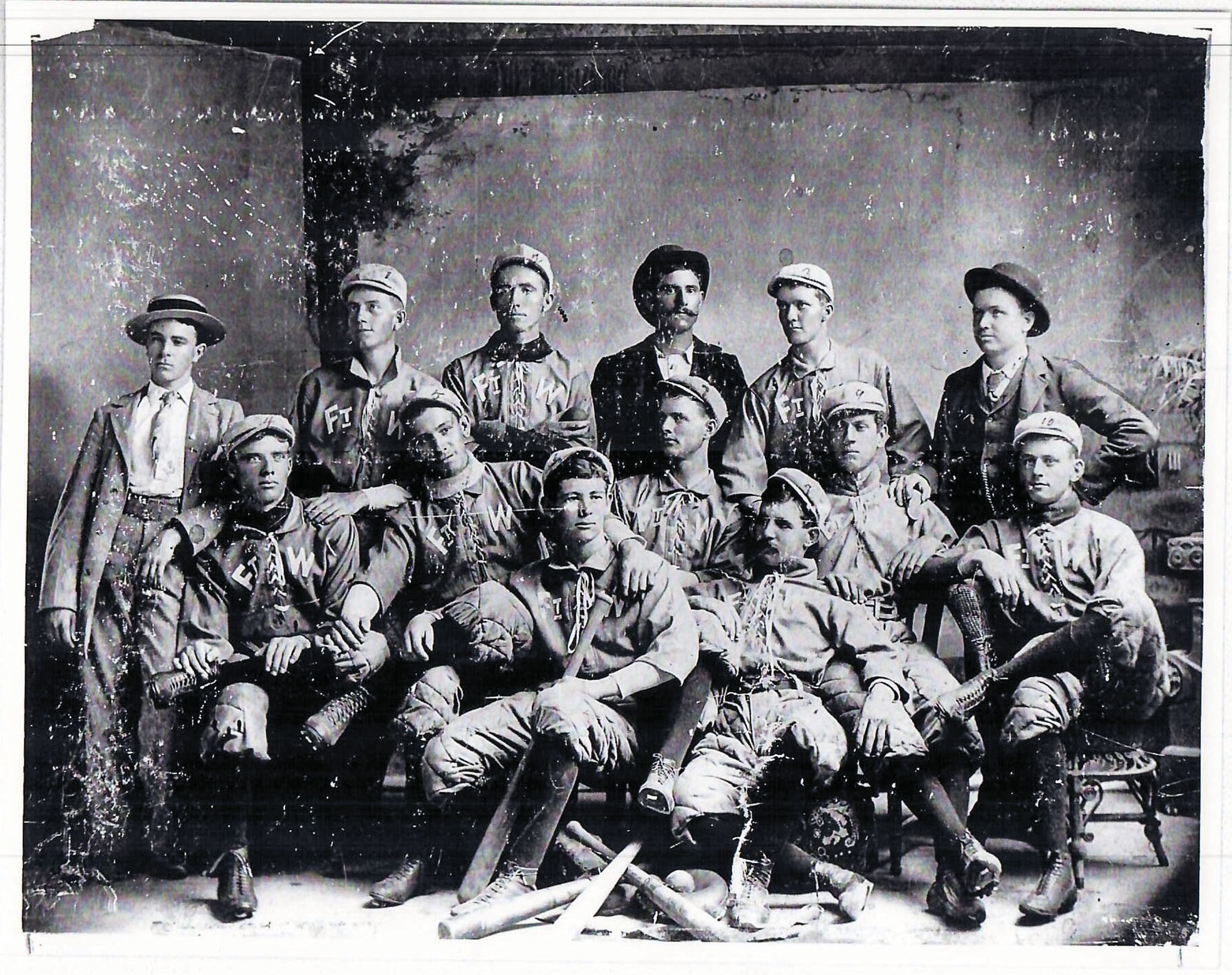 The Texas League, like other minor leagues across the country, occasionally shifts in size and teams as the business of baseball changes. As recently as 2019, the San Antonio Missions moved from the Texas League to the Pacific Coast League.

Among baseball aficionados, the Texas League is perhaps best known for spawning the term “Texas Leaguer,” which describes a hit that drops between the infield and outfield.

In their inaugural season last year, the Amarillo Sod Poodles won the Texas League championship. The victory capped a yearslong effort by Amarillo to secure more than $40 million to build a downtown stadium and land a team. Local businesses and residents rallied around the effort, and the team drew an average of 6,200 fans per game in 2019.

“It’s stunning—they’re setting attendance records and generating tons of interest,” Purpura says. “The Sod Poodles are the talk of the town.”

The last time all eight Texas League teams were actually based in the Lone Star State was 1932. Despite the shifting lineup of teams and players, the league thrives on a legacy of competition between far-flung small towns, camaraderie, and sportsmanship, Kayser says.

“The Texas League’s impact lives on to this day,” he continues. “There aren’t any other leagues that have a hit named after them. I mean, when someone says Texas Leaguer, there’s no denying exactly where that came from.”

The Texas League’s eight Double-A teams include four Texas clubs, two from Arkansas, and one each from Oklahoma and Missouri. The 140-game season typically runs from April to September, but the 2020 season has been delayed due to COVID-19.