Happy and Carefree Days at the Old Store on Clear Creek

Written by Art Williams | From the January 2020 issue | Updated: December 19, 2019 | Filed Under: HistoryPhotography 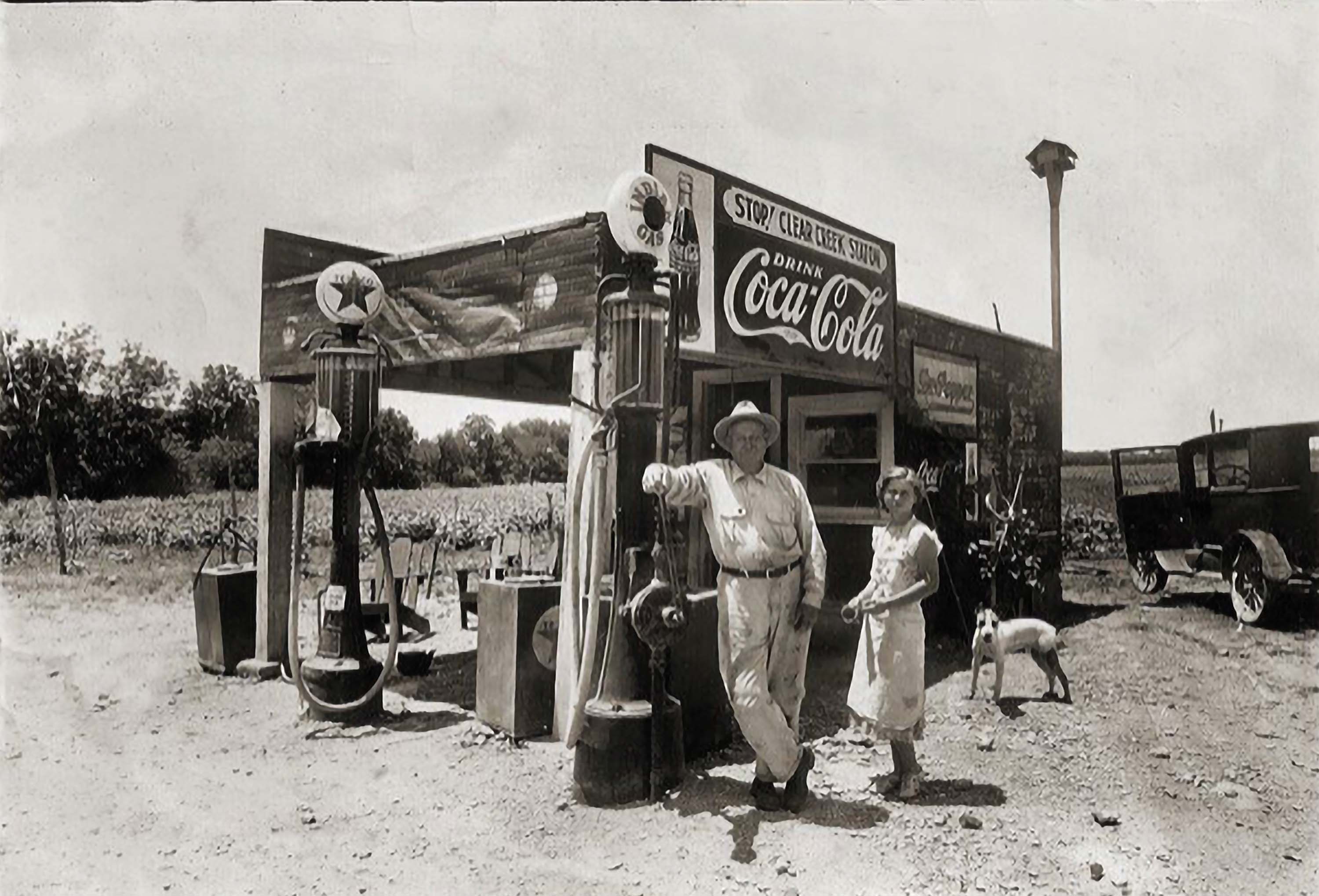 Had you traveled to Bell County, just west of Killeen, in the early 1930s, you might have met John Wesley Blankinship and his daughter Floy at their family store on the banks of Clear Creek. On the back of this photo, Floy, who died at age 79 in 1996, recorded her memories: “Probably the happiest and carefree days—minding the store, being the center of my mother and daddy’s life. … [In] the Depression of the 1930s, with so many people coming by trying to escape from starving cities, my parents fed many hungry people. We grew our own food. My mother grew 100-pound watermelons behind the store. We cooled them in the spring and shared their goodness. All strangers became friends. No one ever harmed us.” When the government condemned the Blankinships’ land in 1943 to build Fort Hood, John Wesley did not resist, reasoning that since he had no sons to fight in World War II, he would give his property to the cause.