The Fort Worth native discusses educating viewers about Juneteenth, growing up in community theater, and becoming a mom

While Juneteenth has been a state holiday in Texas since 1980, it’s come to the forefront of national news in the last month with companies like Target, Nike, Google, Lyft, and the NFL announcing that Juneteenth would become a paid holiday for employees.

The celebration of Juneteenth began in the years after Union Gen. Gordon Granger declared in Galveston on June 19, 1865, that all enslaved Texans were free—two years after the Emancipation Proclamation.

With Juneteenth being discussed nationally, it seems a like a little more than good planning that Fort Worth native Channing Godfrey Peoples’ debut feature film, Miss Juneteenth, is coming out in theaters and on demand this Friday, June 19, or Juneteenth.

Peoples wrote and directed the film starring Nicole Beharie (Sleepy Hollow, Little Fires Everywhere). It screened at the Sundance Film Festival in January and went on to win the Louis Black “Lone Star” Award at the SXSW Film Festival in March. In the movie, Beharie plays Turquoise Jones, a former winner of Miss Juneteenth, an actual scholarship pageant held as part of the annual Juneteenth festivities in Fort Worth. As she enthusiastically encourages her less-than-enthusiastic teenage daughter, Kai, to participate in the pageant, she works to make ends meet and find a place in the world to call her own.

Miss Juneteenth is completely Peoples’ vision. The Baylor alumna wrote, directed, and produced the movie, and she filmed it in the same Historic Southside neighborhood where she grew up in Fort Worth. For Peoples, the film is an extension and product of her upbringing and a love letter to those surroundings.

We spoke with Peoples to learn more about the process of creating Miss Juneteenth, bringing a film crew to Southside Fort Worth, and how the holiday is viewed today.

The trailer for “Miss Juneteenth”

What was growing up in Fort Worth like for you?

I grew up in Fort Worth, but the neighborhood that was so important for me is the neighborhood in which we set the film. It’s the Historic Southside of Fort Worth. I went to elementary school and up to middle school over there. It’s so culturally rich, and there’s a strong sense of community—a strong sense of the African American community. And so there are people that I’ve essentially known my whole life in that neighborhood, and many of them participated in the film in some way, either helping or were in the film.

What parts of Fort Worth did you want to weave into the film?

They were places that I had frequented or had gone to growing up. The funeral home [that is featured in the film], it’s called Baker Funeral Home. They’re friends of our family. They’re like family to me. They’ve always been supportive of me. [Wayman’s BBQ and Lounge] is actually a bar called Lloyd’s and it is the centerpiece of the community. You go into Lloyd’s and it’s multigenerational. It’s a home away from home for many people. They were these lived-in spaces, and that’s how I wanted every aspect of the film to feel, like it was lived in. It feels like a place that’s just past its expiration date, and that’s how I wanted the film to feel.

How did you interact with or celebrate Juneteenth growing up?

It was always such an exciting time for me. As a kid, all you’re seeing is the pomp and circumstance, the music, the wonderful food, the barbecue, the dance, and the centerpiece of it all is seeing the Miss Juneteenth pageant. And for me, seeing Miss Juneteenth was when I got to see those beautiful, graceful, young African American women who I came to emulate. There’s so much hope and promise on their faces. For me, that just gave me this sense of confidence and hope in myself. It also gave me a sense of affirmation as a young African American woman.

Did you ever aspire to be in the pageant?

Absolutely! I still don’t know why I didn’t. I’m going to go ask my family, ‘Why wasn’t I in Miss Juneteenth?’ But obviously, I was clearly nostalgic and wanted to be in it. It’s something that has stayed with me, and I’m just happy I had the experience of being there as a young woman because it was just so defining. 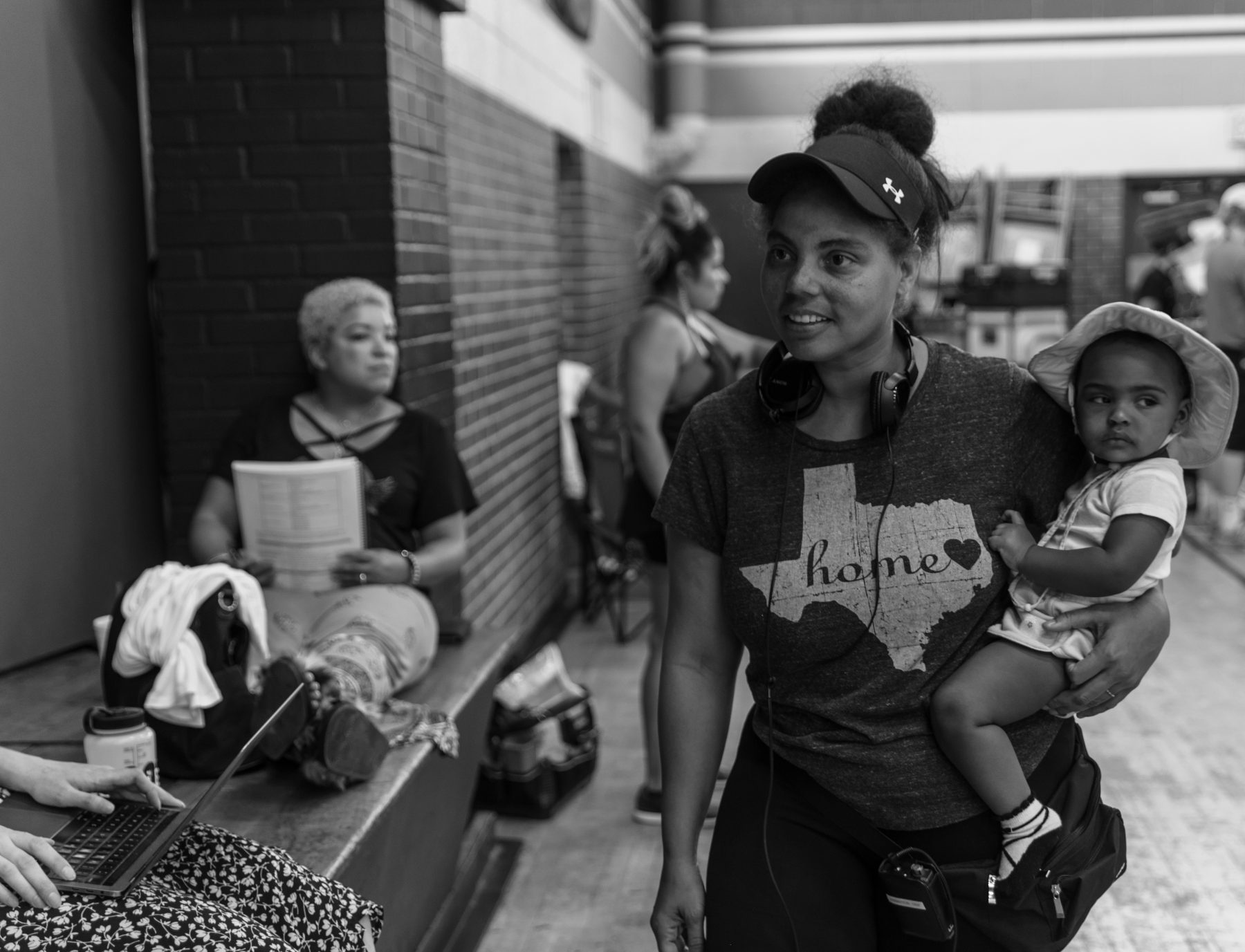 How did you start your career in film? What inspired you to take that path?

I started in this really irreverent way. My family participated in community theater, so I was exposed to story early on, story and character, which is still what I focus on as a director. I later would study theater, and then I later studied cinema at the University of Southern California. I was actually an actor in a USC thesis film and had done some other little short films. I got really interested as an actor in what’s happening on the other side of the camera, and I could see how a film would come together and what I saw was important for me. A game changer for me was that the students had access [at USC]. It gave me the tools in which to structure my stories and put them out into the world.

Can you tell me about the community theater in Fort Worth?

It was Sojourner Truth Theater. It may have been Sojourner Truth Players. What happened was my mother was heavily involved in that theater, and there were plays that I saw as a kid that now I know. It makes me feel like I had a very cosmopolitan and diverse upbringing because I saw plays like Purlie and For Colored Girls, like things as a kid you don’t understand thematically but now it’s like, wow, I got to see that as a kid in the community theater. One of the things they would do in this theater is they would bring through African American actors who at the time were well known, like I got to see Ruby Dee and Ossie Davis as a kid. And those memories are memories I’ll cherish forever.

What inspired you to write Miss Juneteenth?

I wanted to tell a story about a black woman with a dream who knows she just wants something for herself. I also knew that I wanted to center this story in my community. I also knew that I wanted Miss Juneteenth and Juneteenth to be the backdrop of this film, and who else would be able to write it in the way that I thought but me? I am so grateful that the film is going out in the world, and my hope is that we continue to see more black people be able to tell their stories because we’re not monolithic. [There are] very specific ways in which we are all telling our stories. I wrote Miss Juneteenth before I became a mother myself, and then after I became a mother, the story changed for me. I was more clued in to [Turquoise], not only her sense of regret and disappointment and hurt of having to navigate her lost dream, but I was now tuned in to what I feel is the most important part of this story, and that’s the joy and her love for her daughter.

Do you feel like a lot of people are just now learning about Juneteenth?

I think we have a long way to go in that education. When we were pitching the film, it was still a surprise for many people. I think there’s more awareness surrounding it, even in the last few days. I just hope that this will create—and I understand we’re an independent film—but I hope this creates a conversation that will educate more people about what Juneteenth is.