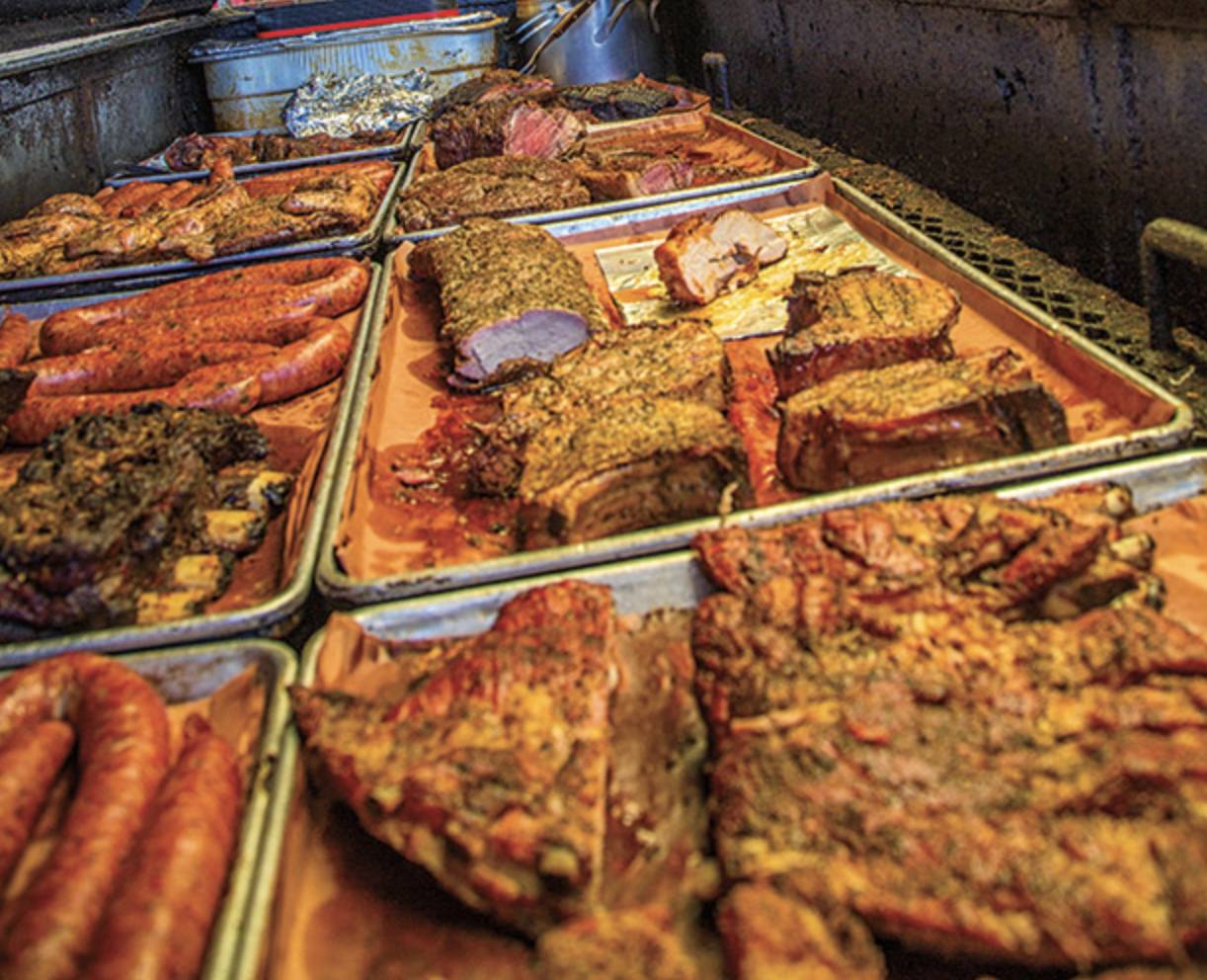 Open since 1932, this smokehouse claims to be the state’s oldest barbecue joint owned by the same family. The pit used today was built in 1949 by Edgar Black Jr. and can hold 500 pounds of meat at once. If you’re a stickler for tradition, you’ll eat your ’cue from sheets of butcher paper, rather than a plate. Smoked over post-oak wood, meats at Black’s include sliced and chopped brisket, pork spare ribs and baby back ribs, turkey breast, chicken, pork chops, and meaty beef ribs that weigh roughly a pound each. What makes it the best? Facebook poster Chris Rogers says, “While they give a nod to those who think they need to ruin good Texas barbecue with sauce, [Black’s] awesome meats are melt-in-your-mouth tender, juicy, and delicious just as they come off the fire! No additions needed, ’cept maybe some onions.”

Read more about barbecue across Texas