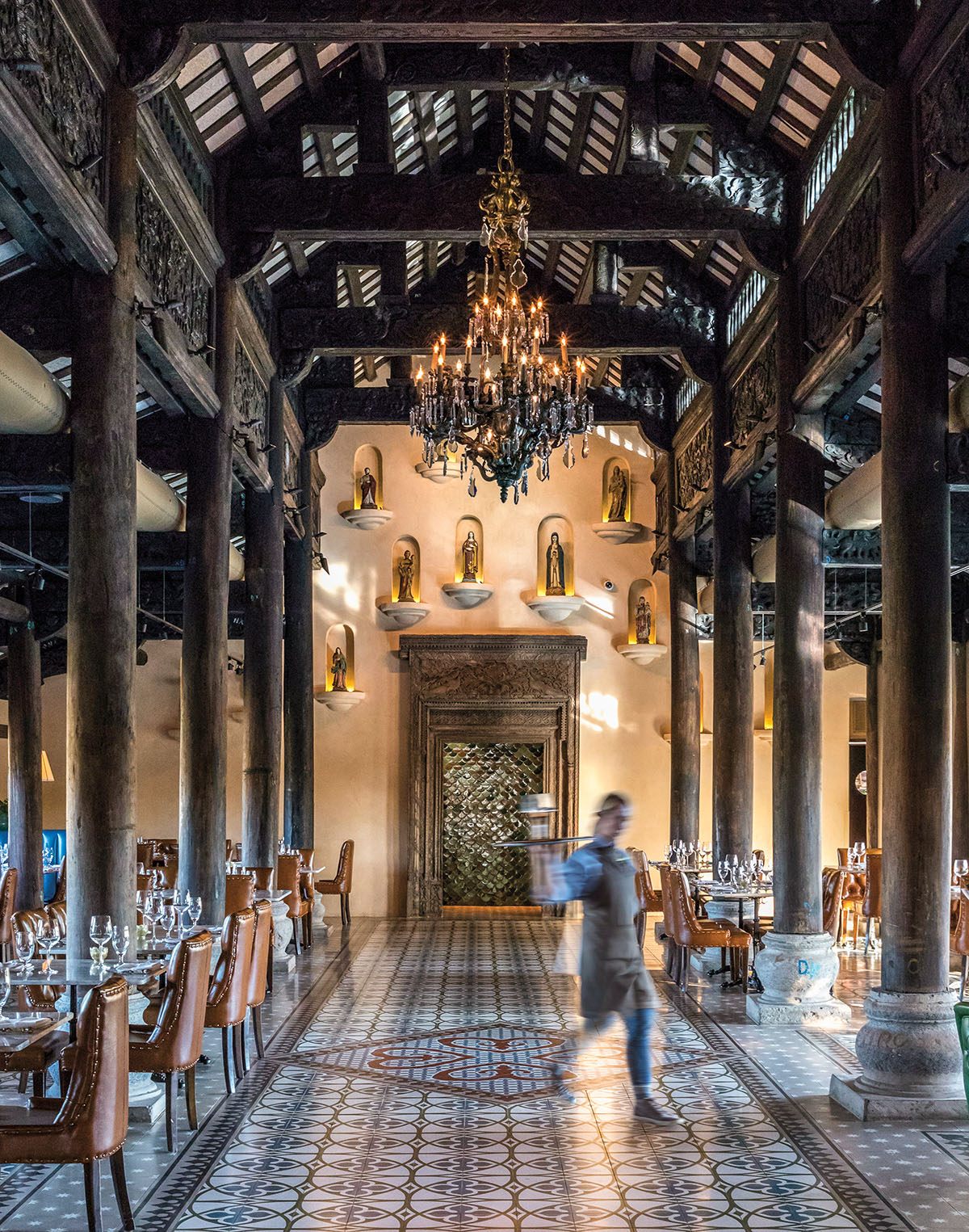 Among the live oaks, scrub brush, and rocky hillsides of Dripping Springs sits an unexpected architectural gem. At Tillie’s, turquoise doors open to a colorful chapel-like space framed by soaring ironwood rafters that were originally part of a 19th-century town hall from the Ninh Binh region of Vietnam.

The intricately carved wood accents a wall of backlit saint statues and a dramatic chandelier. The visual impact is immediate when paired with the brightly tiled floor and luxe leather seats. The romantic and ethereal space alone is worth a visit to the restaurant, which is part of Camp Lucy, a resort and wedding venue. But the menu—upscale Texas Hill Country with unexpected global twists—implores passersby to stick around for a meal.

The once-sleepy town of Dripping Springs, the Napa to Austin’s San Francisco, is known for its picturesque Hill Country setting. Over the past decade, the area has drawn an almost unbelievable number of wedding venues, breweries, wineries, and distilleries. It was only a matter of time before fine-dining destinations and boutique hotels followed. While Tillie’s and Camp Lucy fit comfortably into those respective molds, they also offer a few surprises. 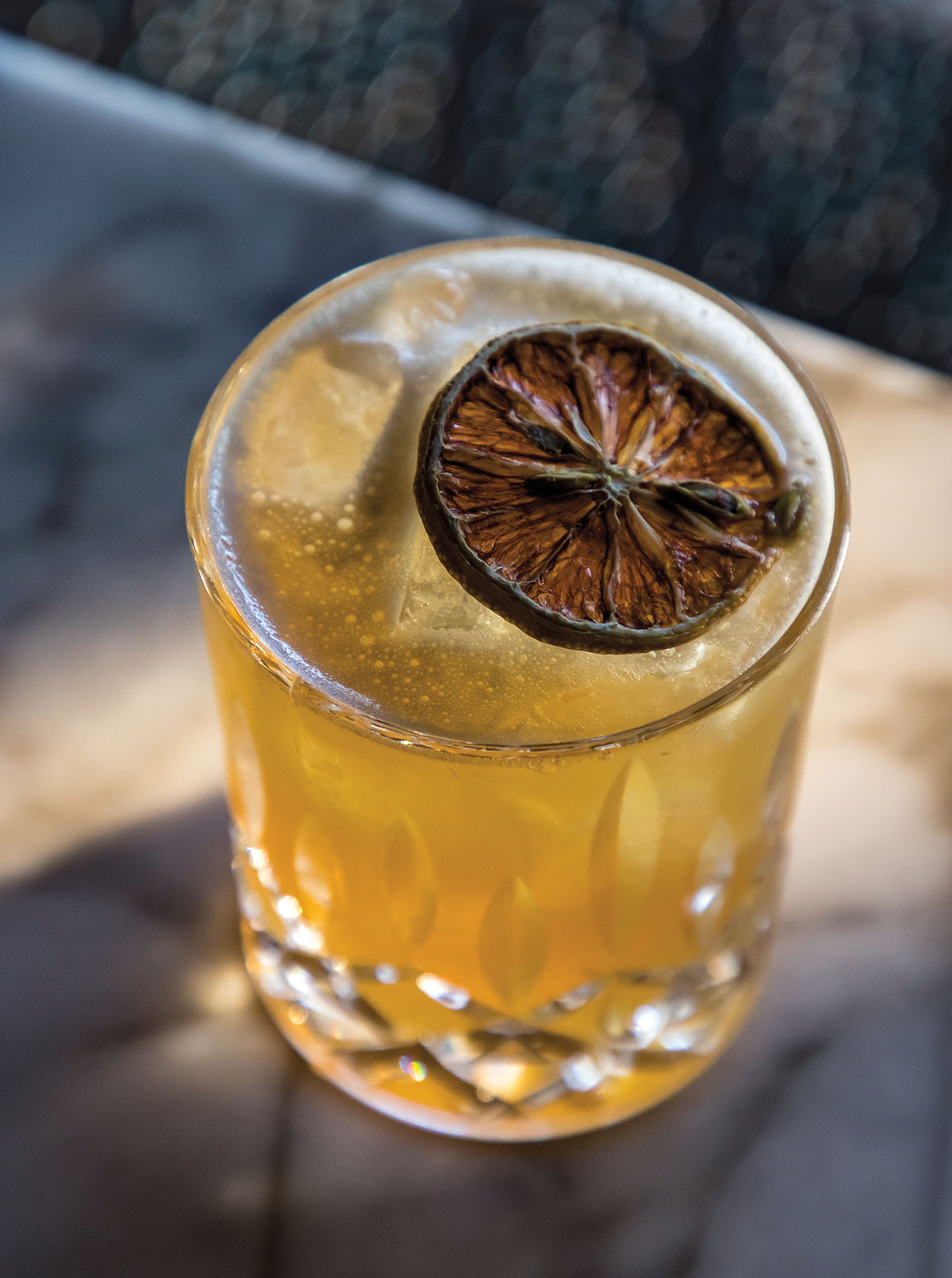 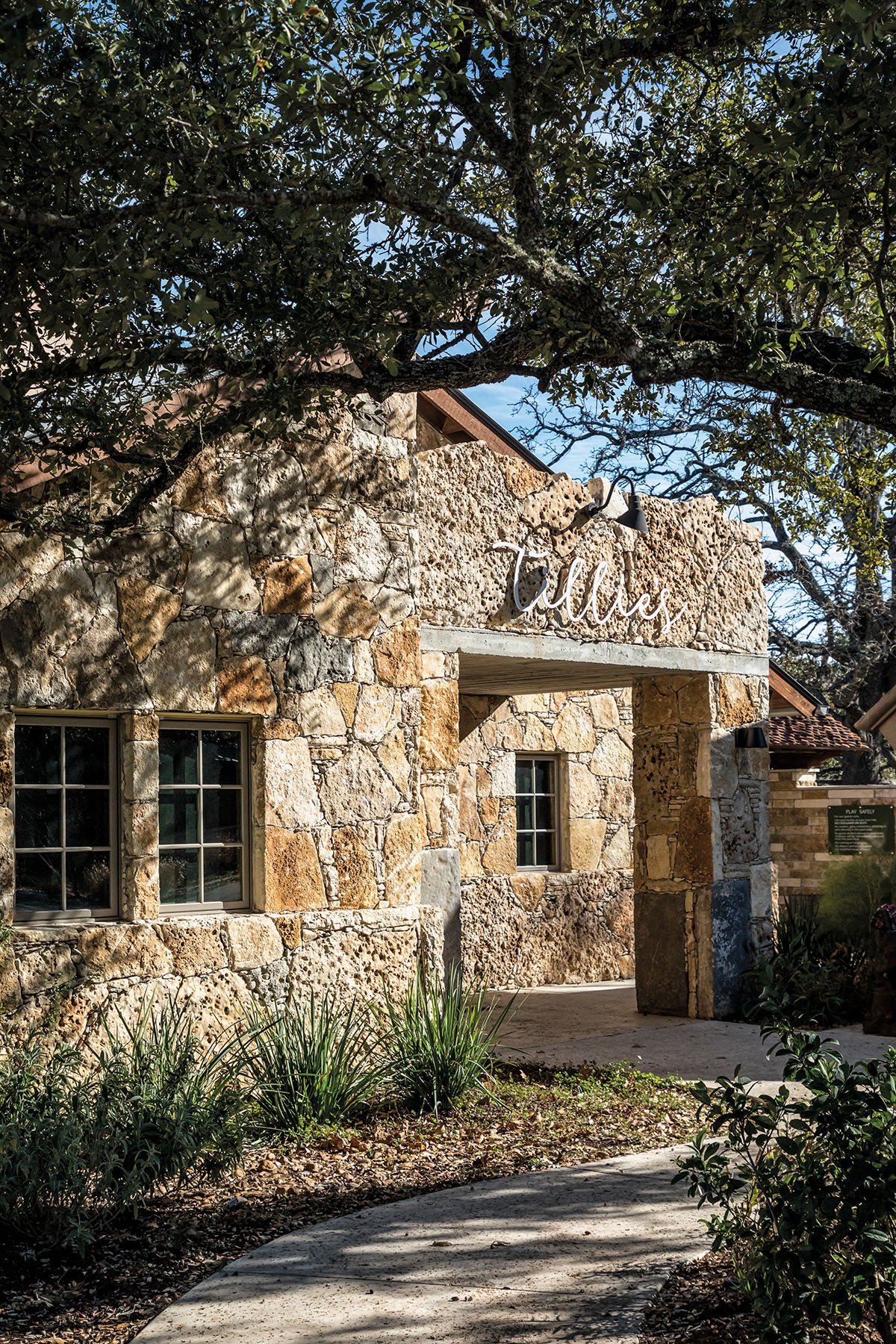 That’s due to the influence of former antiques dealer Whit Hanks, who owns the resort with his wife, Kim Hanks. His acquisitions from France, Ecuador, China, Vietnam, and elsewhere adorn the property, from the guest cabins—decorated with various carpets, art, and textiles—to Tillie’s, which showcases one of his biggest finds.

The old town hall building that shapes Tillie’s is one of several reconstructed Vietnamese buildings at Camp Lucy; the others are part of the wedding venues and the restaurant’s private dining room. (There’s also an antique Amish barn that serves as a reception hall.) Taken apart piece by piece and carefully bubble-wrapped in Vietnam, the town hall was shipped by boat to Houston and then delivered to Camp Lucy. The building was reconstructed on-site over the course of three months. The beams still bear the chalk numbers used to keep track of which piece goes where: Horizontal posts are marked with numbers, and vertical posts are marked with letters. 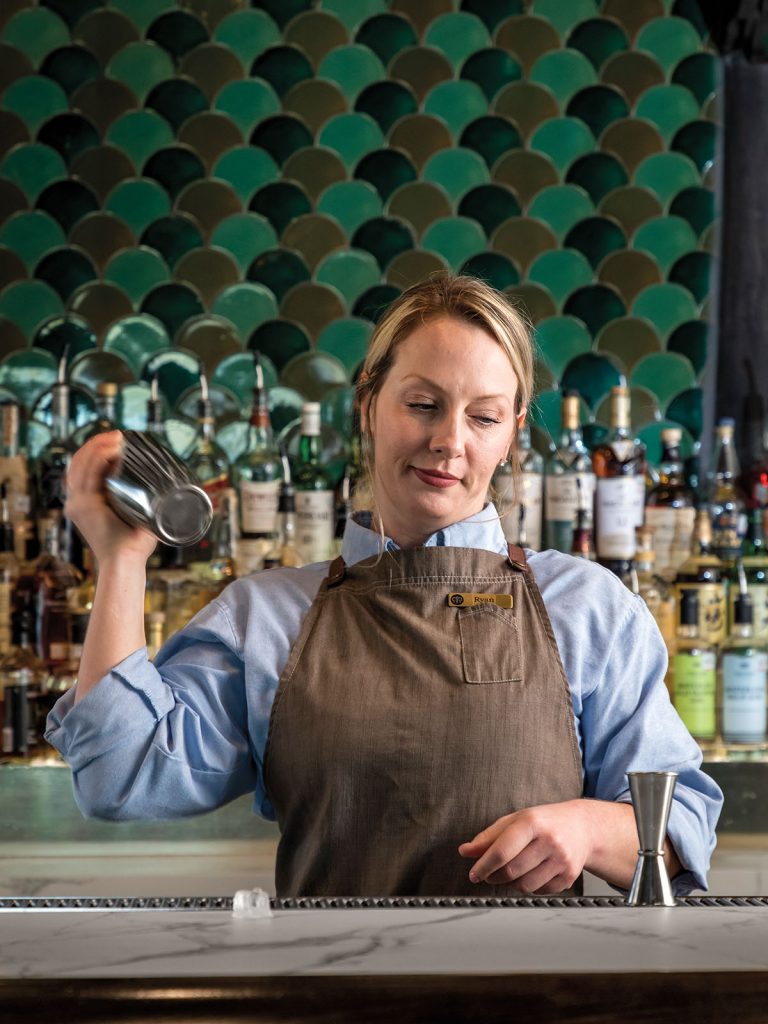 Whit first encountered these buildings while visiting his son Roger, who was living in Hanoi. An antiquing excursion to look at statues of saints led to a dazzling find: the frames of 100-year-old Catholic chapels and village buildings, removed from their original settings. The antiques dealer had several of them reconstructed on his show lot. Their intricacy, presence, and history blew Whit away. “I just got hooked,” Whit says. “You can’t let [these buildings] go to waste.” The procurements expanded the Hankses’ original plans for the resort.

“This is such a personal project,” Whit says. “It’s evolved to be different elements of the family that I’m from.”

What is now known as Camp Lucy was once a summer home. The Hankses decided to start commercial use of the land in 2008 by building the first of three wedding venues. Ian’s Chapel, the first venue, is named for Whit’s late son, who died of a brain tumor at age 30. Camp Lucy, named after Whit’s mother, added lodging in 2014. The family planned to add a pool with a simple adjacent hamburger stand, but the discovery of the town hall made their restaurant plans much more ambitious. Tillie’s, opened in October 2018, is named for Whit’s great-grandmother, Attila Hancock, a prominent early Austinite whose husband, Lewis Hancock, served as mayor and built the first public golf course in town.

The town hall greatly influenced the architecture of the restaurant, according to designers Paul Smith and Deborah Kirk. The towering 18th-century ironwood doors from Pakistan—a part of Whit’s private collection—are another wow-worthy element.
Chef Brandon Martin creates dishes as elegant as the surroundings—but they’re still plenty filling. Hailing from Fort Stockton, Martin has worked in several notable Austin restaurants including Odd Duck, Lenoir, and Foreign & Domestic, as well as the Gage Hotel in Marathon.

From the food on the table to the striking structure that rises above it, Tillie’s is built to impress. “We just figured if we make it beautiful enough, people are going to come from all over,” Kim says. “Tillie’s was just destined to happen.”