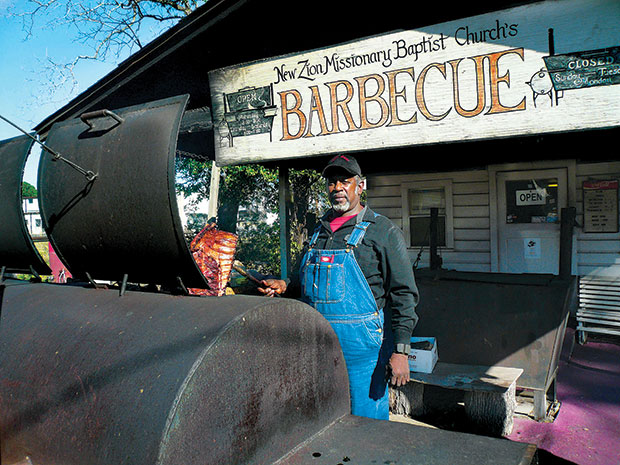 In the course of this project, I got to meet some terrific Texas people. There is no single theme, other than the willingness to work incredibly hard for incredibly modest rewards, that connects all the makers of Texas barbecue. They certainly aren’t all the same race, color or creed, the major subsets being African-American, Hispanic, Middle European and cowboy. They don’t all belong to the same socioeconomic level, as some still run tiny shacks on forgotten highways while others have grown into multiunit operators, sometimes fielding concepts removed from their barbecue roots.

And, I got to see some terrific Texas countryside. Texas encompasses almost every land form, soil type, and climate that exists in the Western Hemisphere. It is a joy to drive and drive and drive in a place that rewards the effort with beauty, from the long, lonely (off-season) beaches of the Gulf Coast to the eye-popping theatricality of Big Bend National Park.

Texans love Texas—the mythology, naturally, and the shared sense of birthright, but also the history, culture and topography of the specific region they call home. The only real way to see the grandeur of Texas is at ground level. Ultimately, this book is about a unique food prepared by unique people in one of the world’s unique places.

Because of space limitations, some information on the barbecue hotspots we featured had to be edited out of the print edition of Texas Highways magazine. You can find that additional information in the links below.

Want to become a king/queen of barbecue? These recipes will help you out.

The text and photographs for this article are excerpted from Follow the Smoke: 14,783 Miles of Great Texas Barbecue by John DeMers, published by Bright Sky Press (866/933-6133).