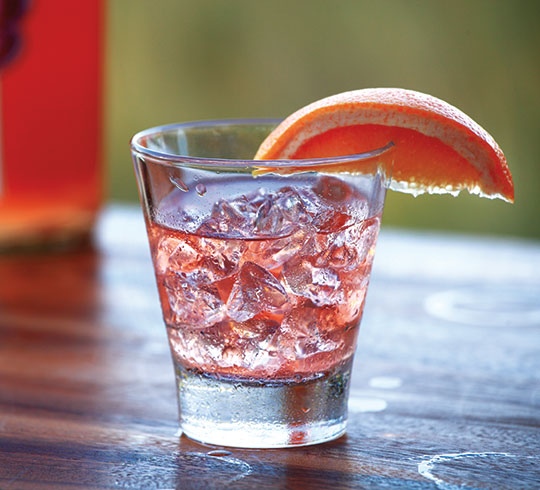 Dating to the first experimental orchards planted in the 1880s, citrus fruits are among the most important crops of South Texas, contributing around $140 million annually to the state economy. 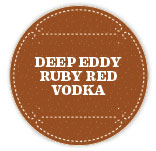 The subtropical climate and fertile soils of the Rio Grande Valley are ideal for growing lemons, oranges, and grapefruit, including several varieties of famous Texas red grapefruit. Juice from some of these deeply colored, deeply flavored red fruits is the star ingredient of Deep Eddy Ruby Red Vodka.

For recipes and information about tours of the new distillery in Dripping Springs, see www.deepeddyvodka.com.

Introduced in 2013, this premium vodka is distilled 10 times and then charcoal-filtered to finish at 70 proof. It’s smooth and refreshing when served simply over ice with a splash of club soda, but it has also inspired myriad cocktails from professional and amateur mixologists alike.

Deep Eddy’s co-owner Chad Auler takes the “made in Texas” slogan seriously, producing vodka in Central Texas with Texas-grown corn. After all, he named the company after Austin’s historic Deep Eddy swimming pool. He says fresh grapefruit flavor is what makes the Ruby Red Vodka so appealing to Texans.

The company, which also produces Deep Eddy Vodka, Sweet Tea Flavored Vodka, and Cranberry Infused Vodka, is opening a new, larger facility this year in Dripping Springs. “We’ll sell north of 400,000 cases of all our products this year,” says Chad. “Roughly 40 percent of that volume is Ruby Red.”