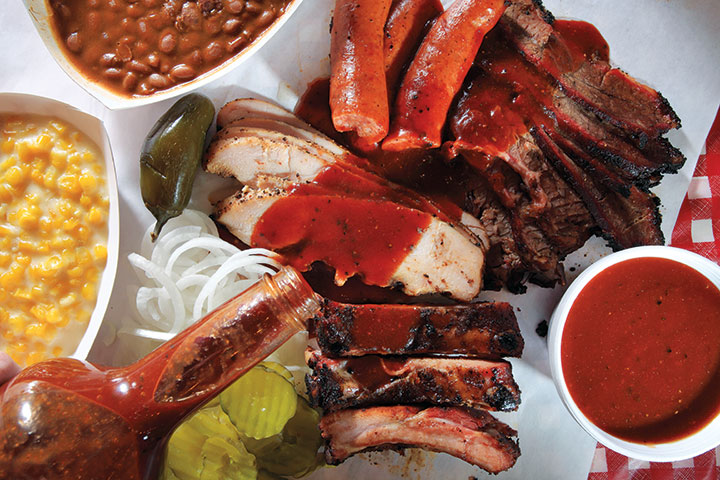 It probably can’t be overstated how important barbecue is to Texans. There are countless barbecue pits smoking away—right now—all over the state. That’s happening, too, at Rudy’s Texas Bar-B-Q, which has locations scattered throughout the state and beyond. 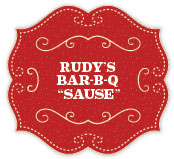 Getting Sauced in Leon Springs

The “Original” Rudy’s Country Store opened its doors as a meat market in 1989 in Leon Springs. The next year, co-owner Mac “Doc” Holiday added barbecue and indoor seating. Around that time, so the story goes, Doc noticed diners putting mustard on the brisket and decided to create his own sauce.

Using a recipe from his mother as a foundation, Doc introduced a barbecue “Sause” in the early 1990s, and today, Rudy’s sauces—“Original” and a milder version— are two of the company’s signature products. Available at the restaurants and through the online store (along with T-shirts, caps, rubs, and smoked meats) this tomato-based sauce adds a black-pepper kick not just to brisket, but also to pork ribs, grilled chicken, and turkey.

Some barbecue fans say it’s more akin to “basting sauce in a bottle” while others claim to sip it straight-up; regardless, Rudy’s “Original” sauce is so popular that Rudy’s sells about 43,000 bottles every year. And that doesn’t count the sauce enjoyed at the chain’s nearly three dozen restaurants, nor what’s shipped complimentary to soldiers stationed overseas.