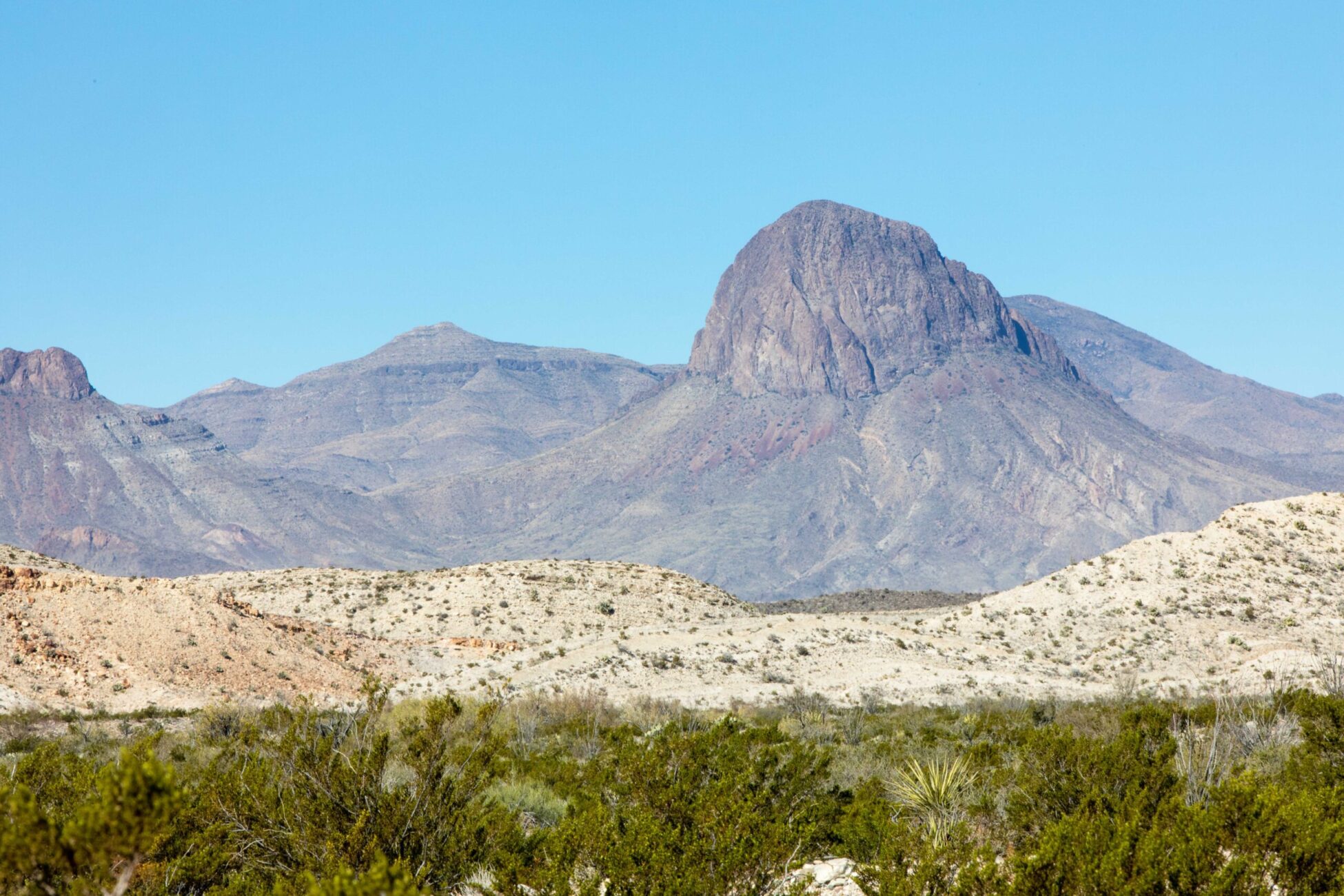 Ask fans of Big Bend National Park about their favorite qualities of the rugged West Texas expanse, and you’ll get a common answer: the untainted desert mountain scenery.

People travel from across Texas and the globe to Big Bend to escape the trappings of urban life and unplug in the unspoiled Chihuahuan Desert. Now, a group of park supporters is working to prevent development on the pristine landscape by resurrecting a proposal to protect about two-thirds of the national park under the federal Wilderness Act.

The act, which was created in 1964, protects federal land “where the earth and its community of life are untrammeled by man.” It prohibits all development—including roads and buildings—and the use of motorized vehicles, motorized equipment, and mechanical transport. The only disruption allowed in the area would be hiking trails and primitive campsites.

“It’s to protect the goose that lays the golden egg,” says Raymond Skiles, who retired as Big Bend National Park’s wildlife biologist in 2018. Skiles is a member of Keep Big Bend Wild, the advocacy group that’s promoting the wilderness designation.

“Yes, we need roads and support utilities for people who come, but they don’t come for those things,” he says. “They come for the wild rugged scenery, the diversity of plants and animals, and the vistas that are unmarred. It’s tremendously valuable for those who treasure it.” 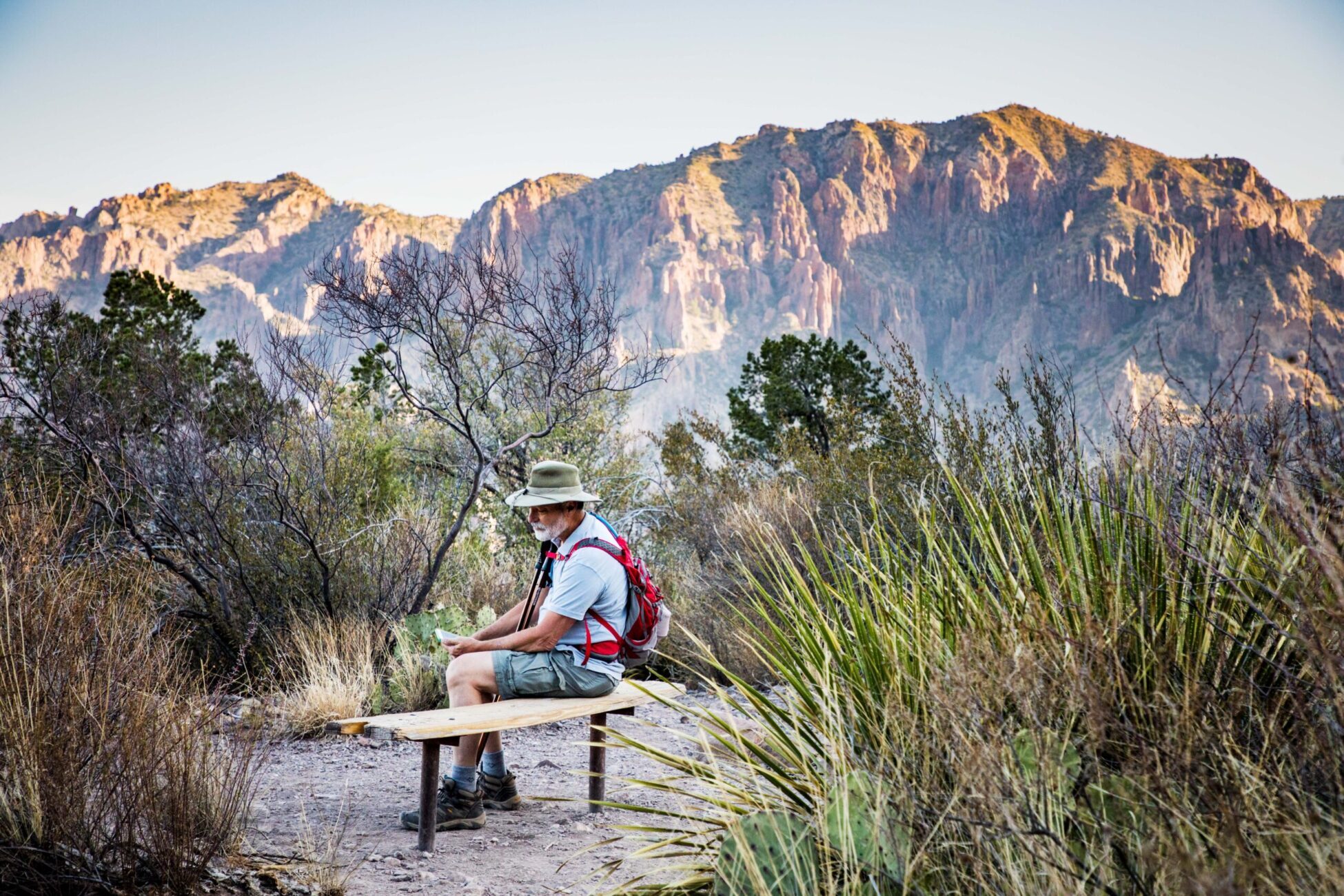 A hiker takes a break on the Pinnacles Trail at Big Bend National Park. Photo by Brandon Jakobeit

“This does not reduce any of the facilities or roads; they’re recognized as important,” Skiles says. “But beyond those, where there’s currently no development, let’s keep it that way and recognize that we have a good mix of accessibility, development, and undeveloped wild landscape.”

The U.S. Department of the Interior, which manages the National Park Service, first proposed Big Bend’s designation in 1978 as part of a broad Wilderness package. Ultimately, Big Bend was not included in the bill that Congress passed that year, although Guadalupe Mountains National Park was.

“These areas are already undeveloped and already managed by our internal policy,” Krumenaker says. “But policy can change, and laws don’t tend to change.”

Neither Krumenaker nor Skiles were at the park when the wilderness proposal for Big Bend failed in 1978, but they say a number of factors were at play. At the time, the Wilderness Act was relatively new and may have raised suspicion among community members who’d worked for decades to build basic amenities within Big Bend. The proposal also coincided with a designation of a section of the Rio Grande in the Big Bend area as a Wild and Scenic River, which limits riverside development.

“That was very controversial, and I think there were too many difficult federal land management issues going on, and there wasn’t the stomach to push [wilderness] through,” Krumenaker says. “After that, the park service lost either interest or momentum, and I’m not aware of any major effort to push it forward since that initial effort.”

There doesn’t appear to be any vocal opposition to the wilderness designation, although supporters acknowledge that any time federal environmental regulations are proposed, controversy is possible. Supporters include the Big Bend Conservancy, the Big Bend Chamber of Commerce, and Texan by Nature, the conservation group founded by Laura Bush.

The Keep Big Bend Wild website attempts to allay concerns about issues such as whether a wilderness designation would impact border security, citing the park’s positive working relationship with U.S. Border Patrol; and local economic development, citing the likelihood of more travelers being attracted to West Texas.

The group’s campaign comes as Big Bend National Park is busier than ever, which puts a strain on the existing facilities. The park had 580,000 visitors in 2021—a 25% jump over the previous record attendance of 2019, Krumenaker says. Meanwhile, the park expects to spend up to $75 million over the next two years to rehabilitate park infrastructure.

“There is no plan to build anything more in terms of infrastructure,” he says. “The park service suffers from a real challenge of deferred maintenance, so there’s an emphasis on maintaining what we have.”

Krumenaker is working with Keep Big Bend Wild to raise awareness of the wilderness concept, which would ultimately require Congressional approval. A call to the office of Congressman Tony Gonzales, who represents the district including Big Bend, was not immediately returned.

“If this is seen as a political issue, something only environmentalists want, it will go nowhere,” Krumenaker says. “But you well know Texans love Big Bend National Park, and if it is seen as something that Texans want, then it shouldn’t be an issue. If we can get them up to speed and let them know this is our generation’s opportunity to fulfill the legacy of our forefathers, they’ll get behind it.”